Anke Eve Goldmann was a journalist for Cycle World, Das Motorrad in Germany, Moto Revue in France and other motorcycle magazines internationally. In the 1950′s she competed in endurance and circuit racing, at the Nurburgring and Hockenheimring but being a woman, was barred from higher level competitions. As well as riding like a pro she was also a ground breaking style icon and designer. 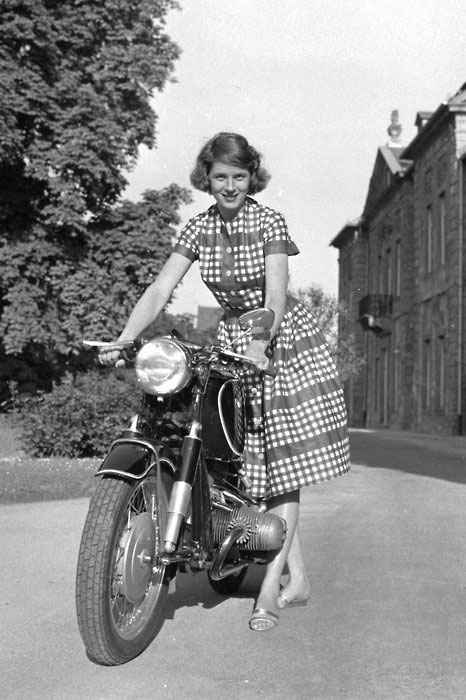 Anke Eve Goldmann was the first woman to ride a motorcycle with a one-piece leather racing suit, which she designed with German manufacturer Harro, developing one of the first ranges of protective motorcycling clothing suitably cut for women. 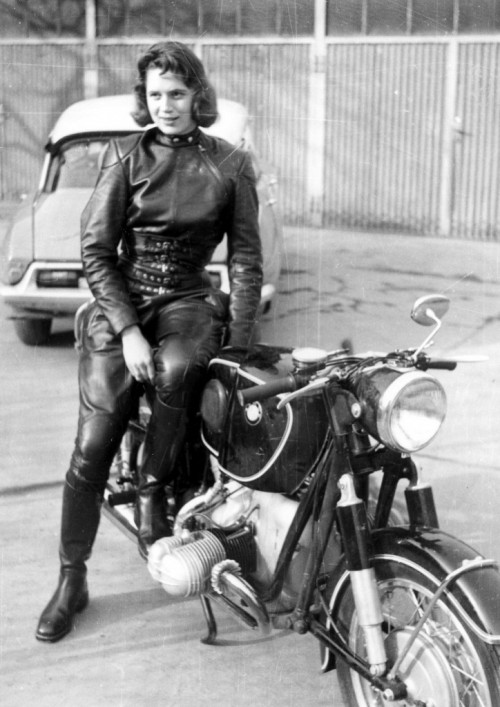 She’s 6 feet tall, making the BMW look small. In 1958, she helped found the Women’s International Motorcycle Association in Europe. Anke Eve Goldmann was also friends with author  André Pieyre de Mandiargues and the inspiration for the main character, ‘Rebecca’, in his most popular book ‘The Motorcycle’ written in 1963. The book was adapted for the 1968 film ’The Girl on a Motorcycle’ starring Marianne Faithful, what a trail blazer! 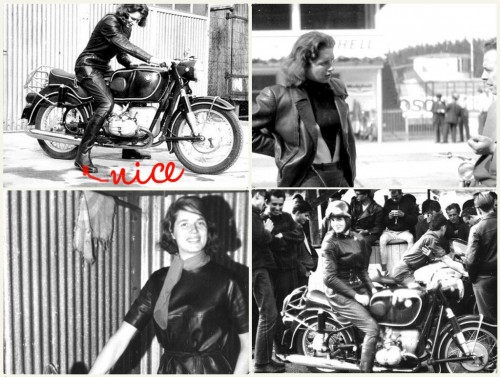