The King of Rock n Roll put the Cue in the rack 36 years ago today, many of you will know where you were when the king passed away, some were not even born, but know this is the day that the poor bugger, carked it on the crapper. 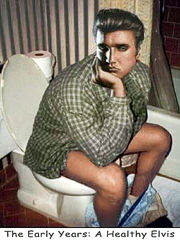 The legend that he was, and his memory still lives on as strong as ever and will continue in the world of Rock n Roll.

I saw the newspaper later too and there it was in Black and White for all to see.

I remember where i was, it was a mates country home in a place called Woolpit, in East Anglia, as a bunch of crazy kids, i was sat in my mates mum’s Kitchen, it was the School summer Holiday and we were mucking about as usual and thought it would be cool if we had a pierced ear as that was the cool thing to have done that year.

So, as my mate was trying to persuade a frigging knitting needle to go through my earlobe and the screaming i was doing, all of a sudden stopped when the transistor radio we were listening too ( new kids, look up on Wikipedia what that is) came to a silent moment and them said ” the King is dead!”

A sol-um moment in our time and we could not believe it, Elvis Presley ten toes up?  No way, this cannot be true! But indeed it was.

Found collapsed on the carzy  and had more narcotics in him than the local Chemist, it was a shock to us all.

I remember hearing the news every where, on TV and radio, in the papers on the radio and word of mouth spread like wildfire. 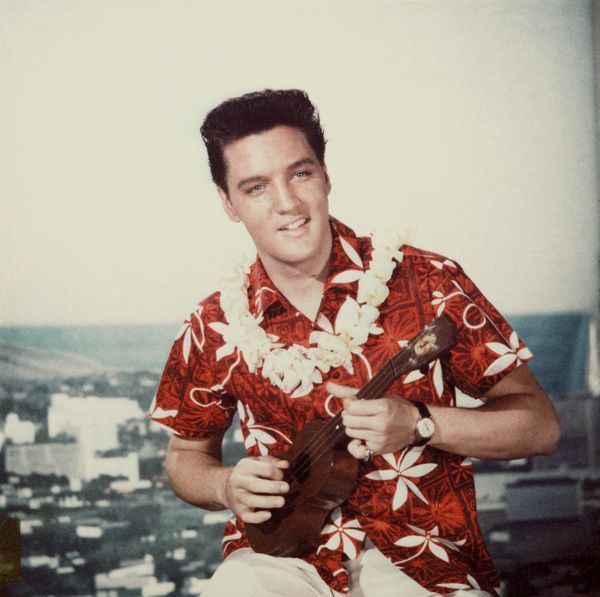 Even at Radio ONE, loads of teds stood in line by the station to show a wee bit of Rock n Roll solidarity at hearing the news of Elvis passing.

So now- 36 years later, he is still remembered as the king Of Rock n Roll, I loved his 50’s and 60’s era and many loved his 70’s and we shall all remember him on this day and I am sure always will, and wanted to just put a little blurb on here for you lot to see and maybe remember where you were on August the 16th 1977.

My old man will- its his Birthday.