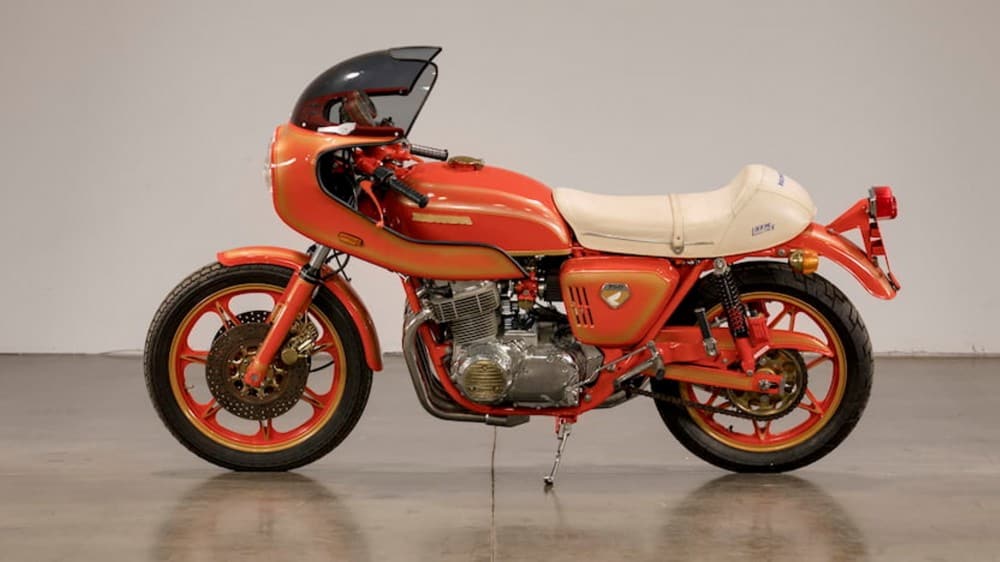 Not always you see too many Sandast’s these day, I’ve owned about 9 over the years and sold many parts for them back in about 2003 but harder to locate for sure these days- So, when you see a Cafe Racer creation that was built in 1969 and sent to Sweden, then it is quite a rare sight. The bike was on the Auction Block but have yet to find out the closing bid price on this rare steed- but the title said it all here below: 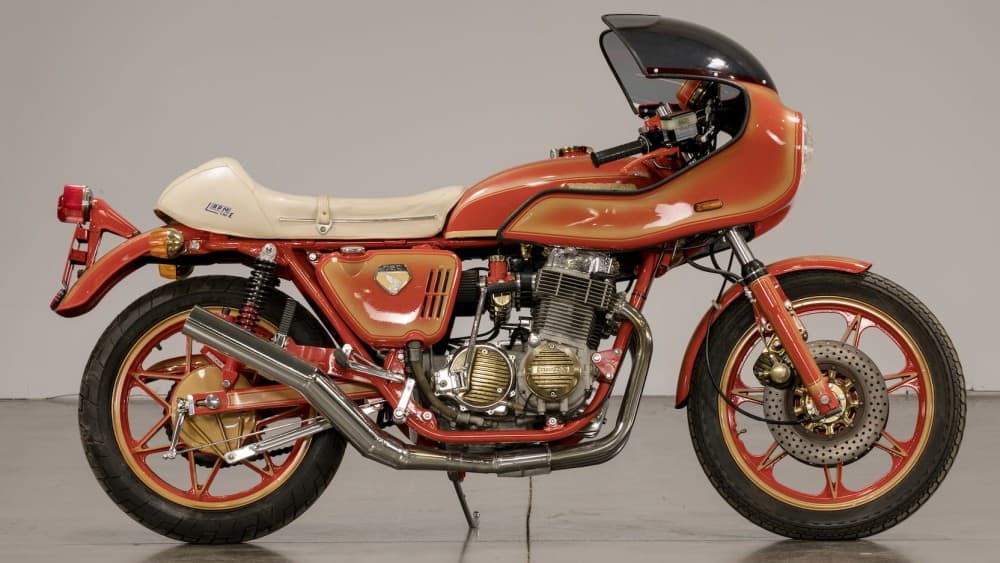 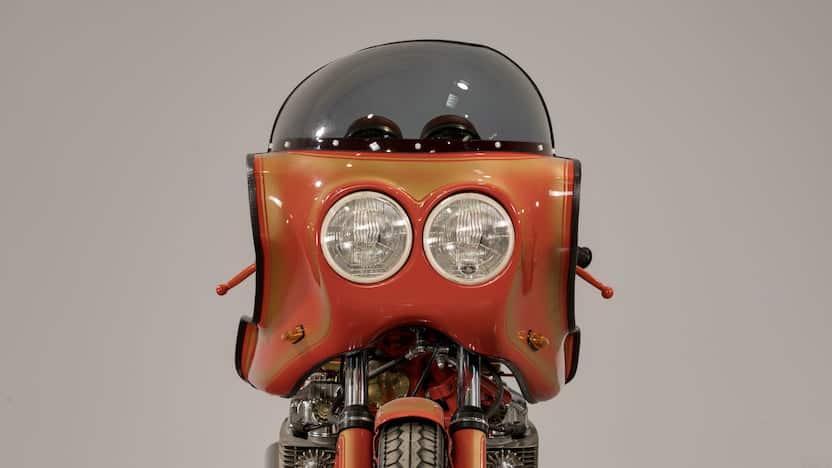 This beautifully preserved Honda café racer is exactly the sort of machine every rider dreamed of in the early 1970s: a Hot Rod 4-cylinder in flamboyant style. The custom motorcycle trend was ramping up dramatically after the 1969 release of “Easy Rider,” with the wild paint jobs of the chopper scene spilling over into the world of café racers as well. Gone were the days—at least temporarily—of ultra-simple, pared-down street racers. If you went to the trouble of building something special in the 1970s, it made no sense at all not to paint it up with eye-catching metal-flake paint, stripes and graphics. 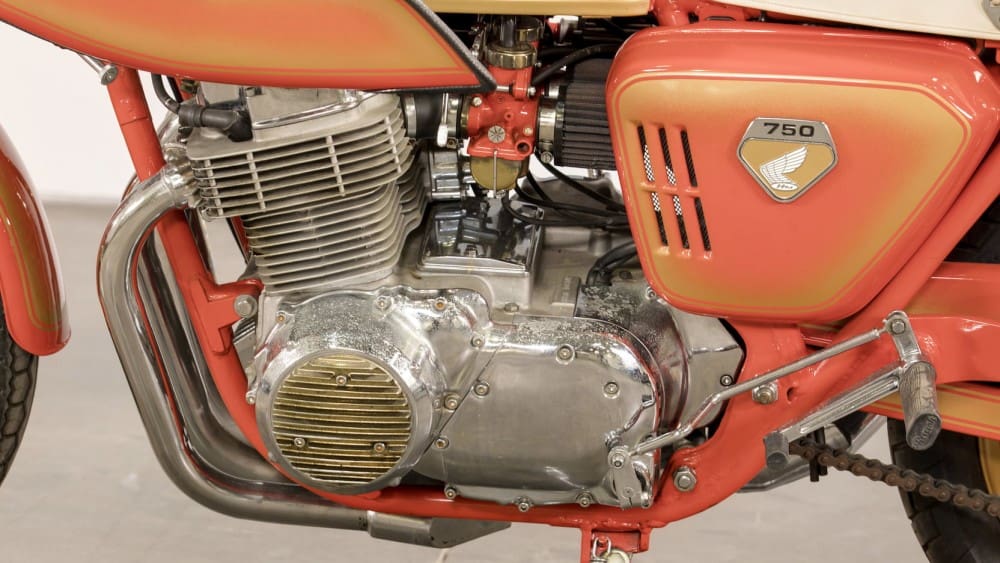 This Honda is a perfect example with its four-into-one exhaust system, white seat, double disc brakes, Lester mag wheels and large half-fairing with twin headlamps, á lá the endurance racing style of the time. Best of all, this is a genuine 1969 first-series Honda CB750 K0 with sandcast engine cases, one of the first models built in 1969 before the factory switched to mass-produced die-cast crankcases. 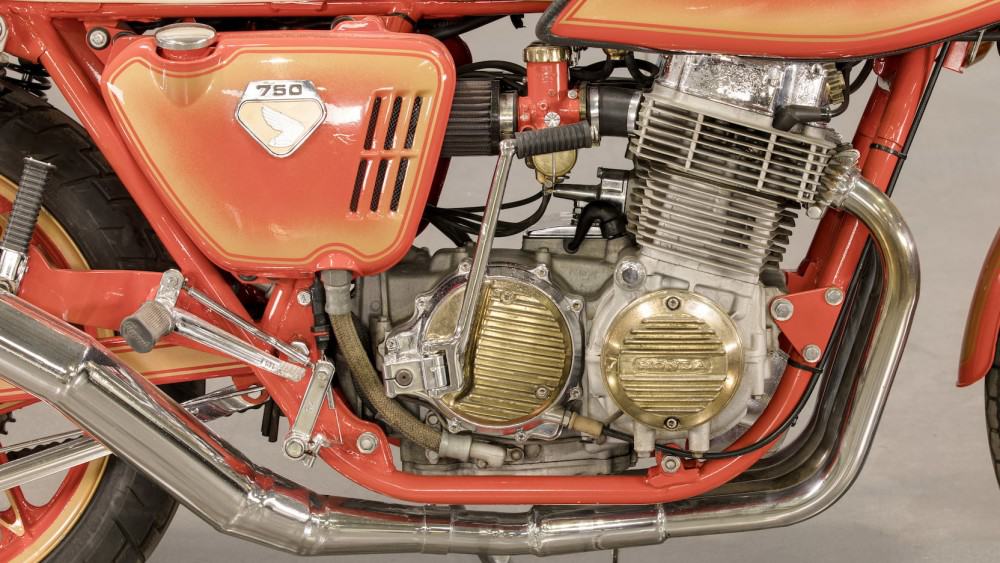 The sandcast CB750 K0 models are the most collectible of all the 750 street fours, and second only to a genuine factory CR750 in desirability. Of course, the Honda CB750 is legendary for transforming the motorcycle industry and changing what kind of motorcycles people rode. The old days of vertical-twin dominance were over, and now, fours were king. 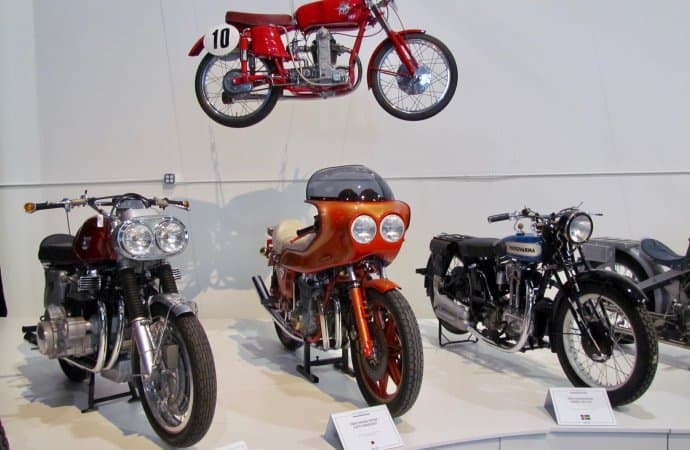 This amazing 1969 Honda CB750KO “Sandcast” Café Racer was imported to Sweden in 1969 and retains its Swedish title dated January 1, 1970. This bike has had three private owners, and while it was originally a green model, it was built as a custom machine sometime in the 1970s. The MC Collection acquired it in this state and has wisely chosen to preserve this remarkable period piece as it was constructed in the day. 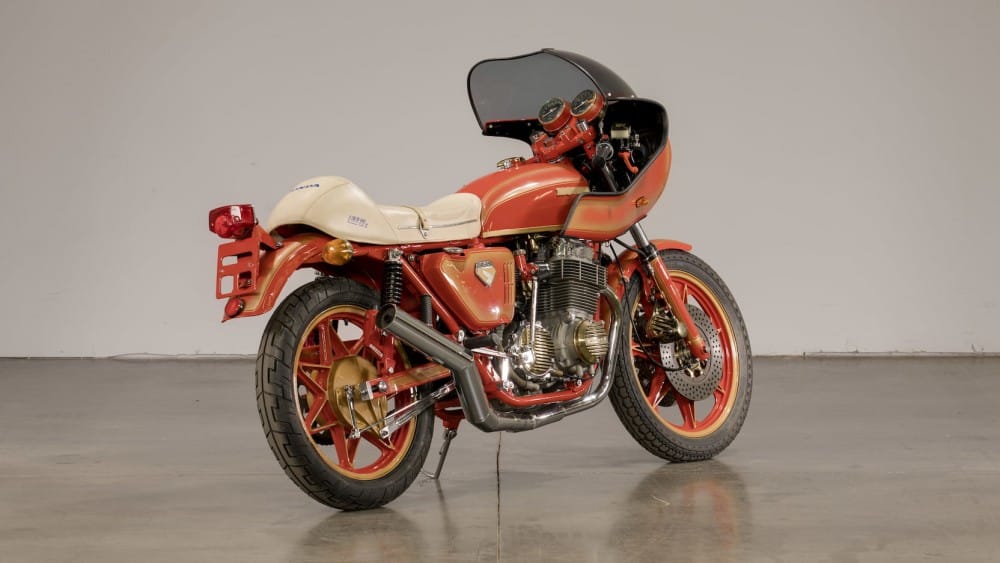 If I find out any more information as to what it fetched, maybe some more History and where it went to, I will of course add it to this blog.

Also- if any of you know, please email me on carpy@carpyscaferacers.com as I would like to know where it went to as well.