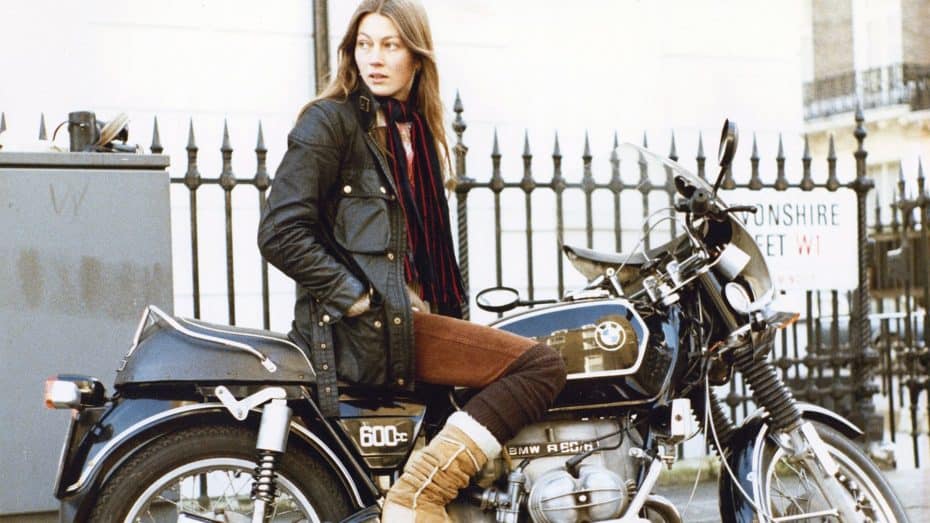 First off, lets get things straight, Women have been riding Motorcycles for many many years too, as long as Men, just not as many, but bring that forward and Women ride everyday and I think, look way cooler doing it.

I remember  A lovely Lady named  Elspeth Beard –  At 24 years of age, she became the first Englishwoman to ride a motorcycle around the world, a journey spanning 3 years and 54,000km in 1980. With her 1974 BMW R60 that she’d saved up to buy while working in a London pub, she began her journey in New York City, having shipped the bike from England. 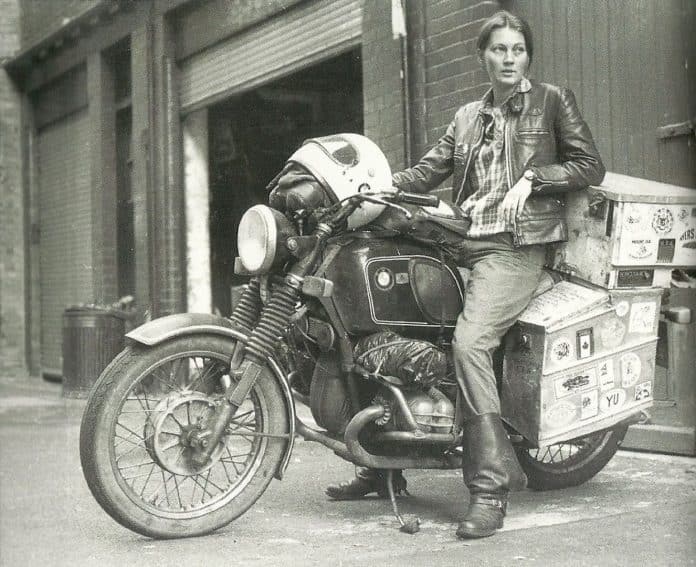 After travelling through Canada, Mexico and California, Elspeth shipped her bike to Sydney, then to Singapore and Thailand where she had an accident and recuperated with a local family that took her in. She forged a permit to get into Pakistan, before riding back into Europe via Turkey. Elspeth is my breed of adventurer, and I think you’ll find she speaks our language when it comes to her idea of travelling: below, here she is way back in 1975 On her Very Own Cafe Racer Machine. 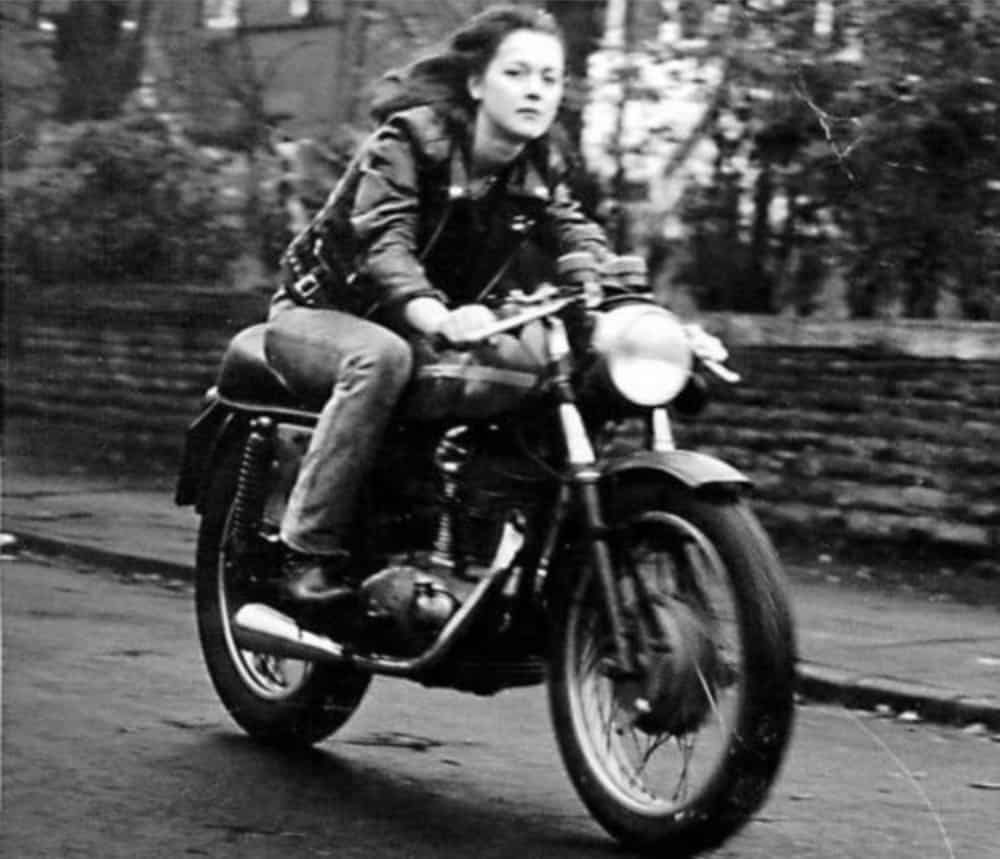 At age 16, it was finally discovered that she was dyslexic. Overcoming that and other obstacles would imbue her with a mental toughness and agility in problem-solving that would serve her well in odyssey that lay ahead.

By 1979, she had her first motorcycle—a second-hand Yamaha YB100. Soon, the Yamaha was sold and she moved up to a 250cc Honda. By age 17, she had discovered the range and freedom a motorcycle provides on the open road and she began to think about touring Europe, and eventually, the world. When she mentioned the idea to her friends, it was met with disbelief—then laughter. 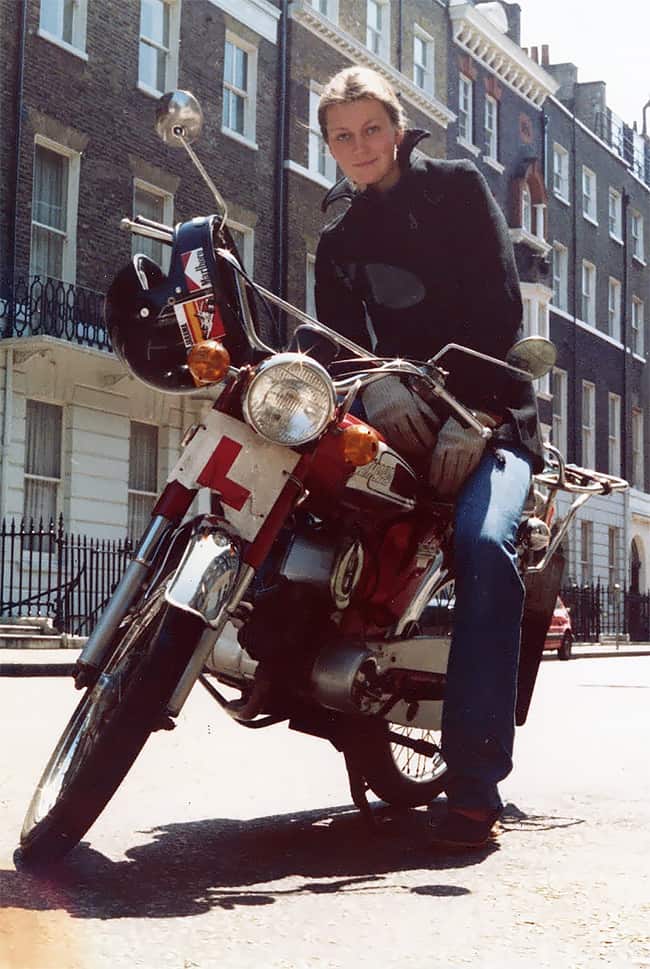 Eventually, the Honda was sold off and replaced by what would become a very important part of Beard’s life: a 1974 BMW R60/6. Before long, she was touring Europe on the BMW and visions of the world tour began to take shape. Longer and longer tours on limited funds built her confidence in her BMW and in her open-road survival skills.

The spring and summer of 1982 proved a turning point. An important relationship ended, a key step in her professional education in architecture was completed and she had prepared her BMW for long miles. 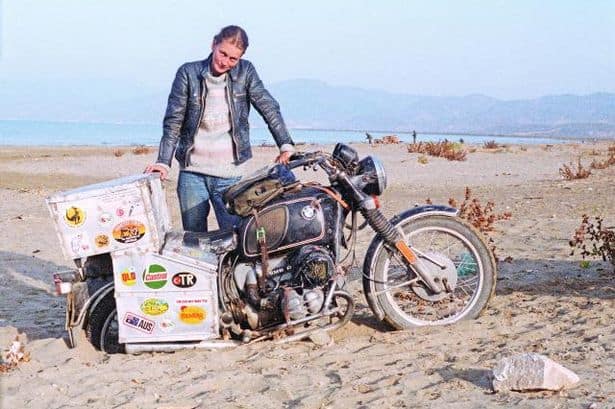 Though she was by that time a very experienced motorcyclist, a competent mechanic and had worked tirelessly to save enough money to make an around-the-world journey, even up to the day she left England in October 1982, she harbored thoughts of calling it off. Happily, she didn’t. Had she done so, she—and we—would have missed out on the adventure of a lifetime. 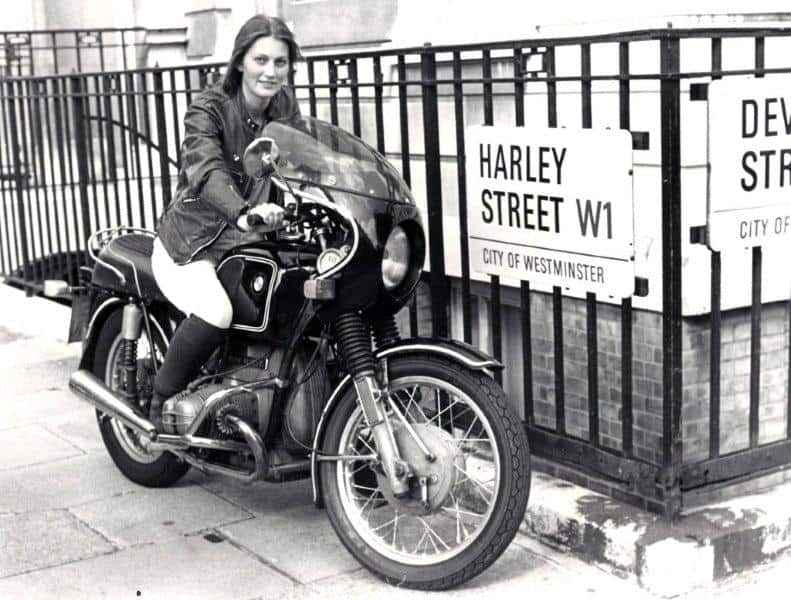 She has a great book that I thoroughly recommend to everybody and makes a super gift for the rider in your family. 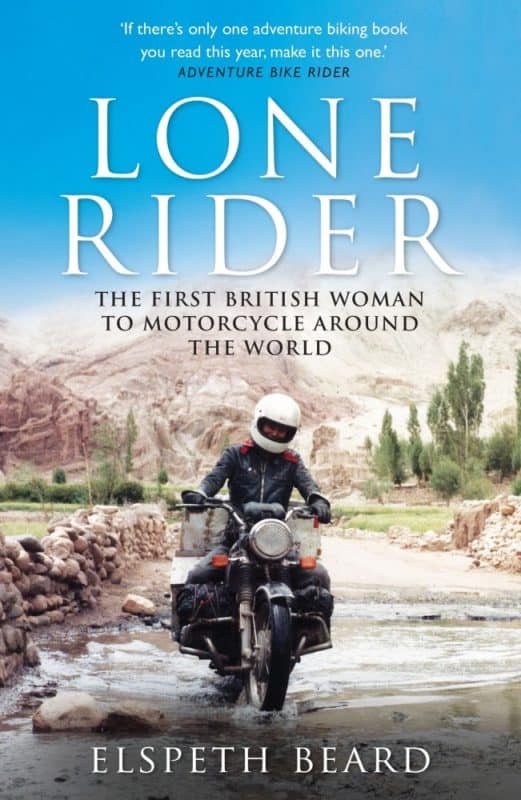