Grantchester is a British TV series set in a Cambridgeshire village in the 1950s, where an Anglican vicar named Sidney Chambers — a former WWII Scots Guard officer — helps an overworked Detective Inspector Georgie Keating solve local crimes.
Now, I grew up not far from here, 30 miles away to be exact, and to see the Villages and towns etc. that I blasted through with my mates on our Cafe Motorcycles when I was a teenager, well- it brings back so many fun and fond memories to be honest.
East Anglia has not changed too much in the rural parts, many Villages are still the same and that’s why this series is great as many places have stood still in time, making for a Director of TV shows, to have to worry less about locations as its all there and not many props needed to give it that Nostalgic feel.
I think the Motorcycle is an A7 with different year BSA parts added to give it a Rocket-Goldie look, and to me, that’s so cool to build something out of parts, we all referred them as  “BITZA’S” when we were Teenagers bits of this and bits of that.  Love this Cafe  Racer Motorcycle and hope you lot do too???? 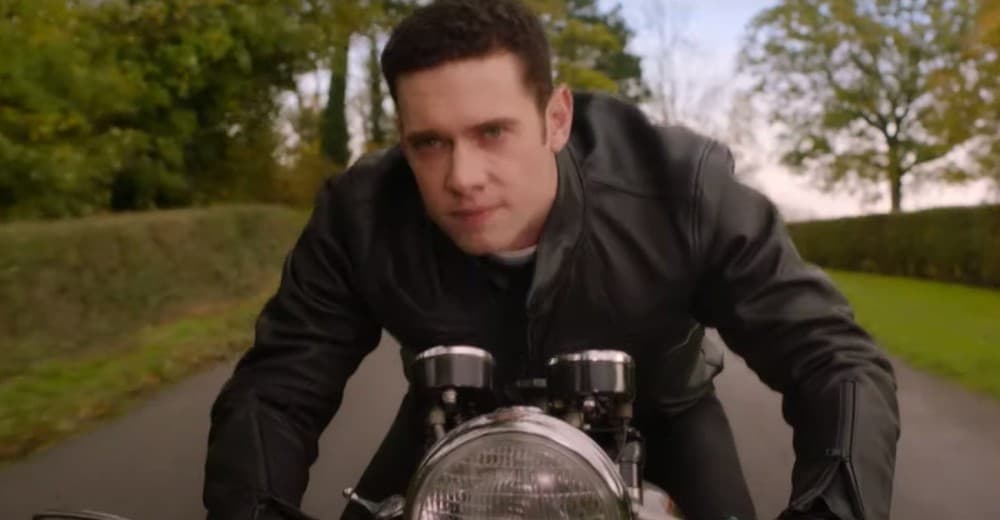 This is a great series to watch on Netflix as we have been watching an episode every evening, But season 6 is the best for me because of the BSA the Vicar rides. So, if you have some spare time and not sure what to watch on the One eyed Monster, give Grantchester a try, it is a great series and am sure many of you will enjoy it as much as we have and still do.
GRANTCHESTER The vicar’s intuitive techniques complement the inspector’s more methodical approach. Issues such as racism, Soviet espionage, civil rights, and domestic abuse are brought to the fore. From season 4 onward, Chambers is replaced with Reverend William Davenport (actor Tom Brittney), a former inner-city chaplain who listens to rock-n-roll and rides a motorcycle. 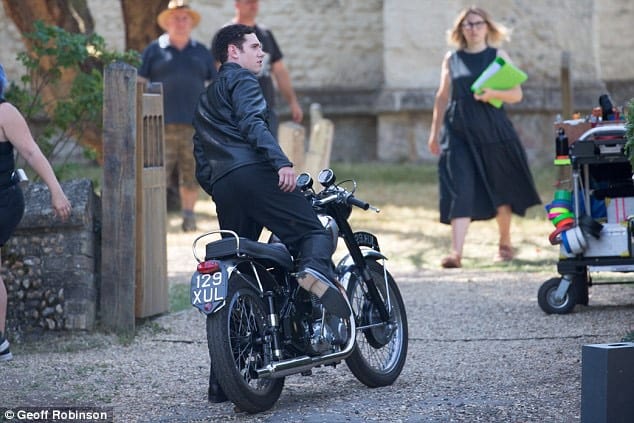 Our kind of vicar! Said Brittney of his character: “I represent this sort of youth coming in at the end of the ’50s – the rock ‘n’ roll, leather-jacket-wearing, motorbike-riding, Elvis-listening people…”
“The motorcycle looks like a ’50-’52 ZB Gold Star. Motor, tank, exhaust, most of the stuff looks kosher.” Has a ‘custom’ dual seat, I think the plunger model (it’s not a rigid frame) only came with a sprung single seat and optional bum pad. Has twin clocks but on the only timing side pictures I could find, there doesn’t appear to be any tacho drive on the timing cover and no apparent tacho cable.” However, the Gold Star was a single-cylinder, and the vicar’s BSA is most definitely a twin. To us, it looks more like a mid-50s modified BSA A7, which featured a swinging arm frame, hotter cam, around 30 hp, and a top speed of 90 mph. 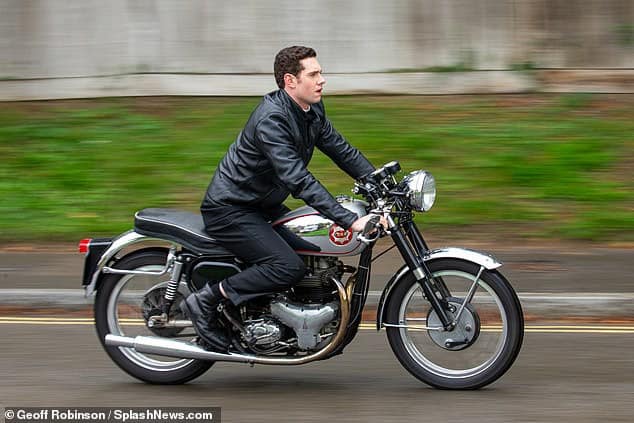 Unfortunately, Grantchester’s production team doesn’t particularly interested in two-wheeled authenticity, as the sound clips never seem to match a BSA engine note, and there are other issues, too. 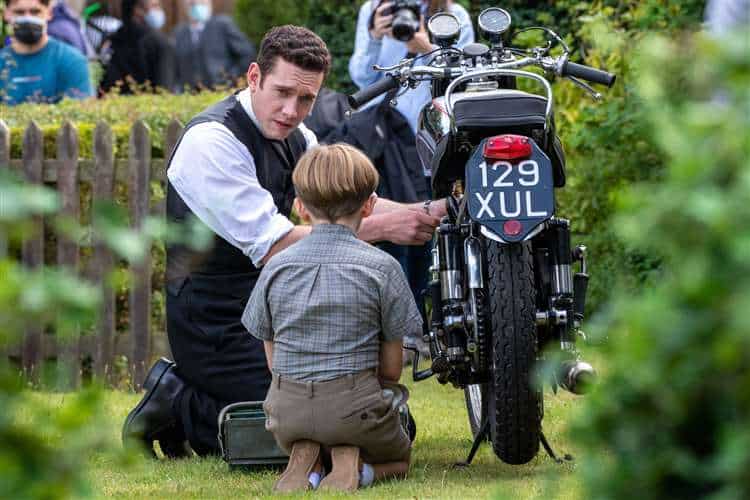 “Did you see the episode where he starts the bike without kick-starting?”
“God works in mysterious ways.” Actor Tom Brittney had actually never ridden a motorcycle prior to this role and had to learn for the series. In an interview with TVWW, he says he was terrified at first… “I never, never ever thought I’d be on one …. When you are going 70 miles per hour down a motorway, that does not feel natural. I did start getting the bug for it, and I did start probably going a lot faster than I should have.” 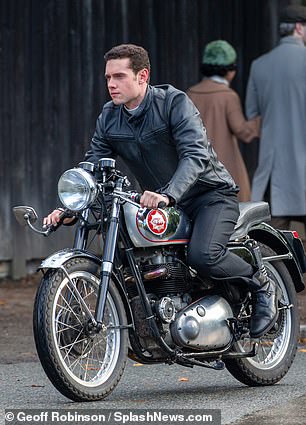 I really enjoyed the series, I think we have 3 episodes left, so I hope that they continue to make more episodes from a part of the Country I rode many many times and it makes me smile every time I see the bike fire up. Thanks for reading my little Blog about this TV series, you should be able to see this on many media streams, from You Tube to NETFLIX and great Music and lots of Nostalgia in the whole Series. 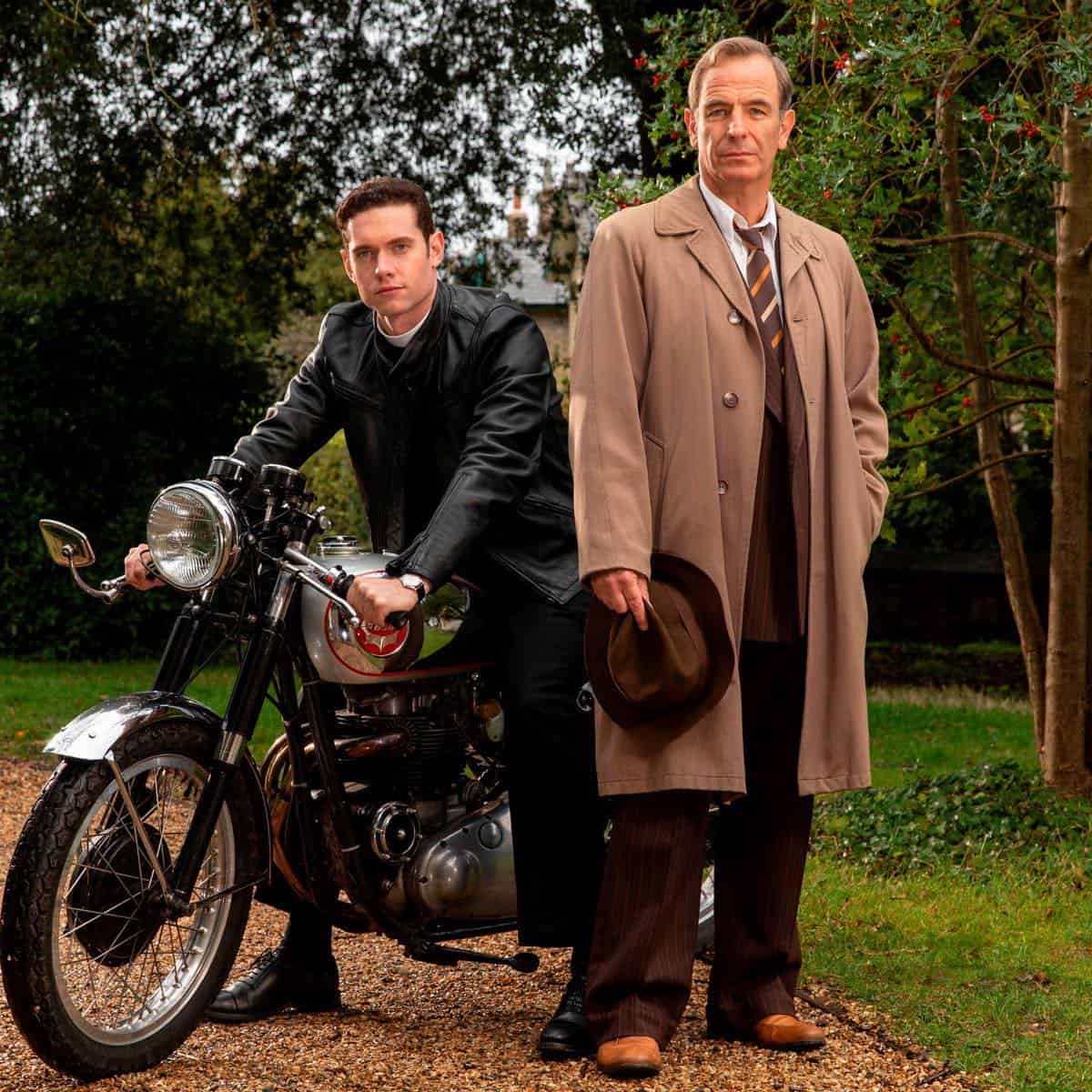