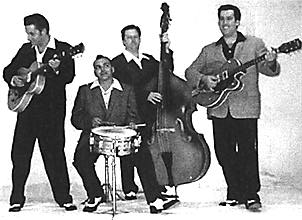 Happy Tuesday, I am not into politics so no radio on at the shop today but thought I would at least offer some sounds that I particularly like and thought that maybe you may enjoy some of the sounds that make my toes tap whilst i am doing stuff in and around the workshop.

Below is a video from Sheffield’s Epileptic Hillbilly’s. I suppose its a bit of a twisted love song listen and watch and it will all come together. This video was conceived and put together in about 6 days, I turned up with my camera thinking i was going to just film some test shots and we ended up filming the whole thing then and there. Steve recons he’s gonna get an oscar for this performance cocky twat! haha!

Another British group this time Mad Jack and the Hatters with their 2nd Video from UK Rockabilly band ‘Mad Jack & The Hatters’. The Video was Filmed and Directed by Marc Price & Dominic Brunt, Edited by Dominic Brunt. Guest starring Jo-Ann Mitchell. The song is from the Album ‘ Beware Of The Dog’ on Popeye Records. It is available now on Vinyl / Cd or Download. Find Tunes, Pictures, Tour dates and more at www.madjackandthehatters.com

Below is The Lucky Bullets – Midnight Treat recorded in Berlin.

This time from Norway the Lucky Bullets and Fire down below!

This vid got deleted from youtube at some point. So here it is again. It was made at Fiskå pub, in Norway. The song was The Lucky Bullets contribution for the Norwegian Euro Vision Song Contest 2011. We came 3rd. Thanks to everyone who voted for us!