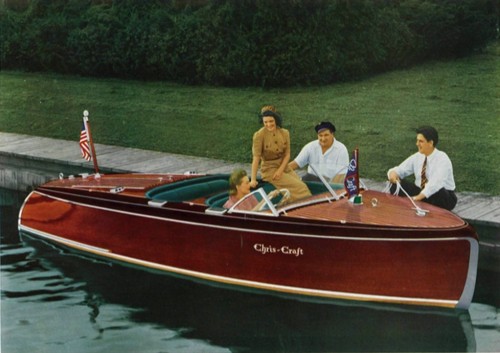 Well, I dig many things that look cool and of course are now classed as Vintage, and to me, if you look at a hand built wooden speed boat, a Chris Craft to me was the quintessential  Hot Rod of the water. 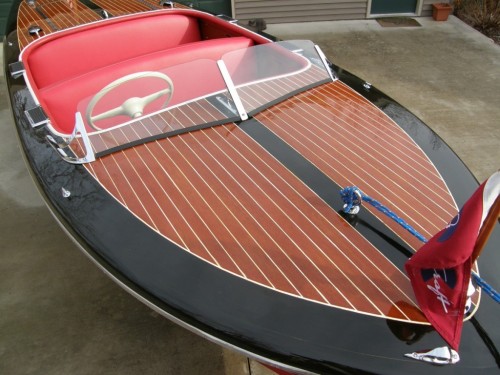 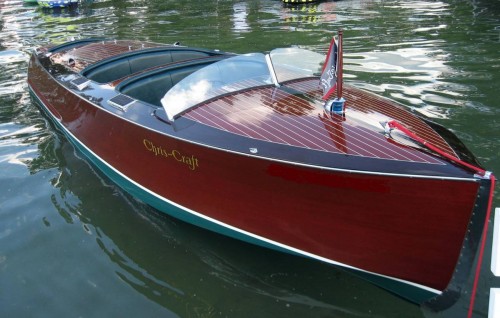 How cool would of been in the 1940’s and 1950’s to cruise around on the river with a bunch of your mates in the summer, these must of been such a great piece of eye candy and even today it will stop people in mid step. 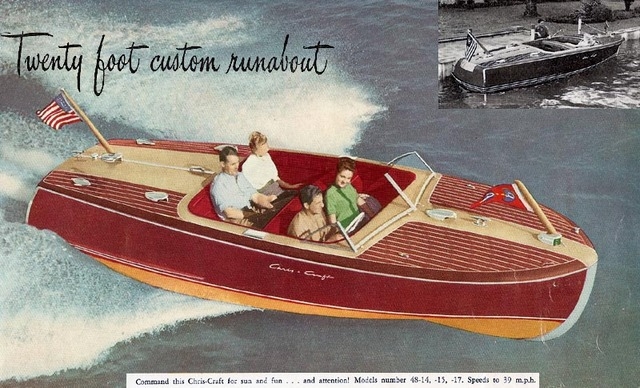 I love the look, the style, the color scheme and even the noise of the old Flatty powered versions and simply, these are all works of art. 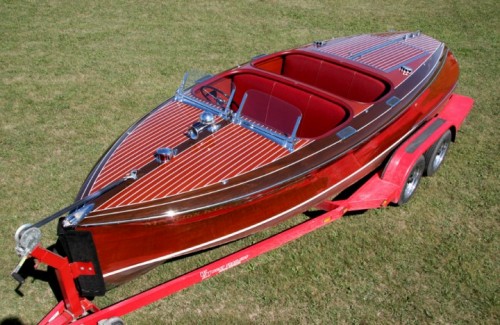 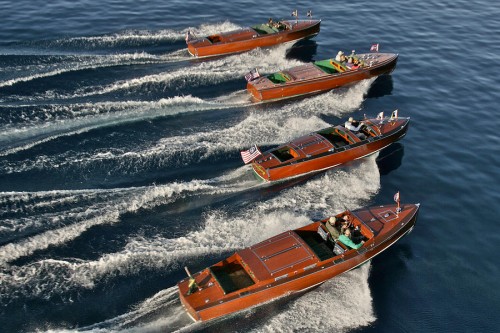 Maybe one day I shall be lucky enough to own one but for now,  am happy just to look at them and you too might dig what I like too? 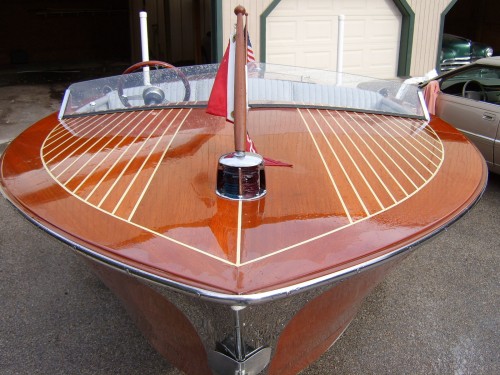 These are all hand built and by craftsmen of which you do not often see these days, I loved all the attention to detail that Every boat had, it just screams out to be looked at, total class. 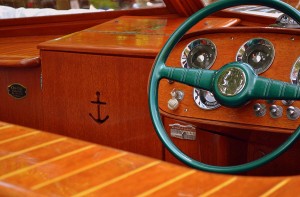 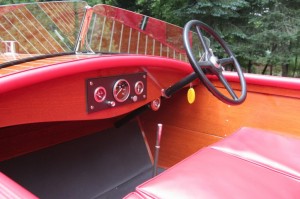 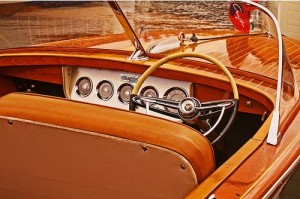 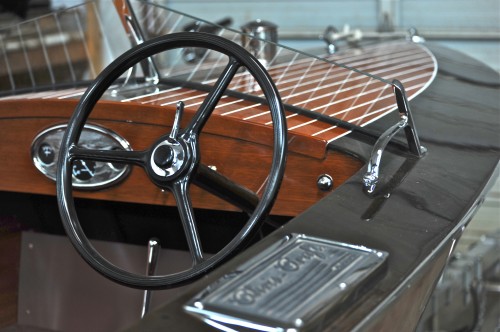 Also the dash boards look like they were made for the Hot Rodding industry and I have seen many in 32 Fords over the years, as well as the steering wheels etc. 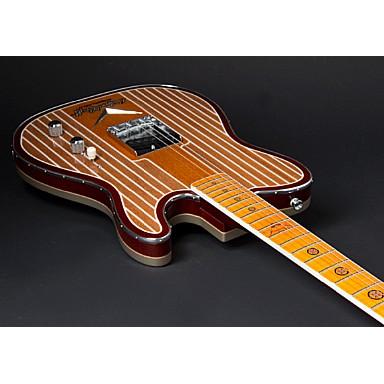 You also see this styling in cool things like guitars these days. 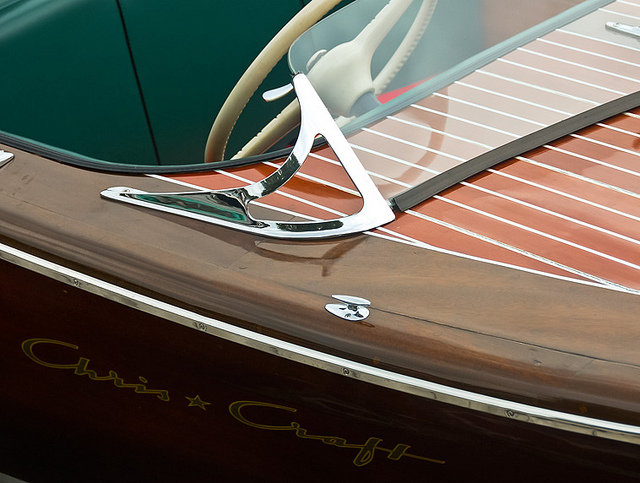 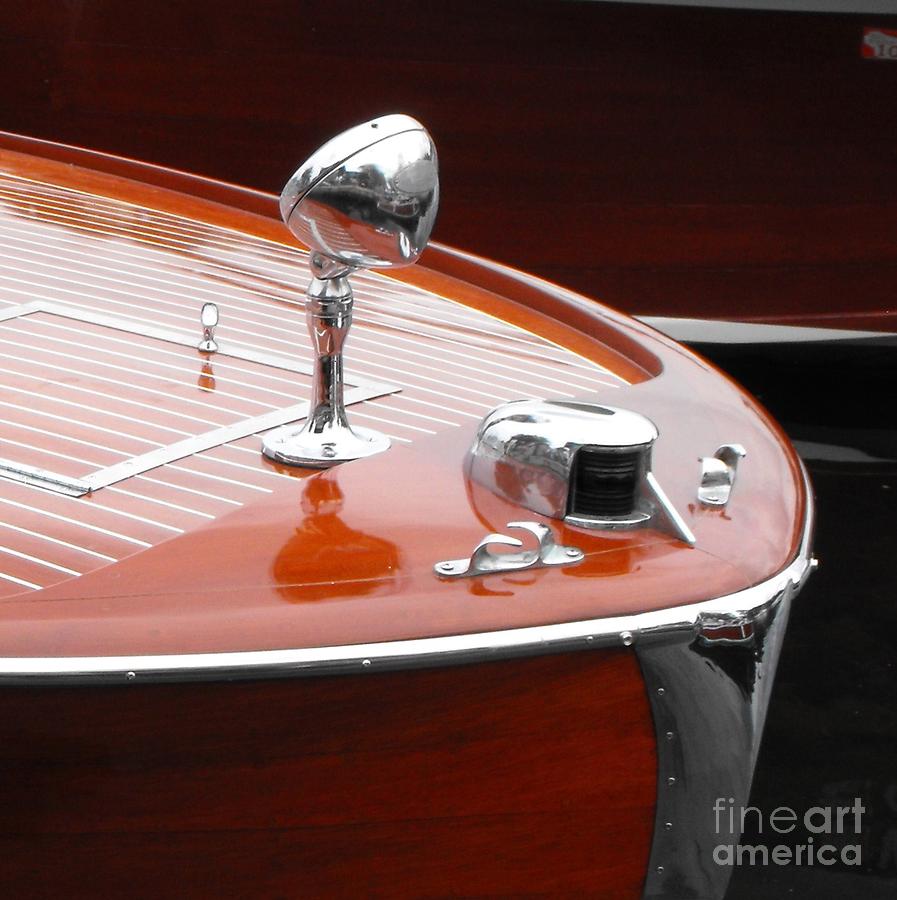 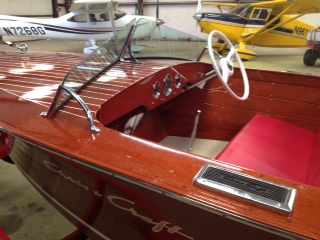 National Automotive Fibers (NAF) was formed in Detroit in 1928 as a manufacturer of upholstery, carpeting, interior trim, plastic products for Chrysler Motors, Ford Motors and Studebaker-Packard, all automobile companies. While successful, the company was only a minor automotive supplier. In the 1940s, NAF purchased the Montrose Chemical Company of San Francisco, but was still centered on the auto industry. In 1956, the company suffered a major loss of $1 million against sales of $46 million. Paul V. Shields, a senior partner of Shields & Company, a Wall Street investment firm, acquired National as he saw that NAF was overdependent on the auto industry but had growth potential. Shields trimmed NAF’s product line and diversified the company into oil and gas operations, television and radio broadcasting. With this diverse portfolio, the company was renamed the NAFI Corporation in 1959. This brought a record profit of $1 million against lowered sales with assets of $10 million.[1] NAF and Bing Crosby teamed up to purchase a television station, KPTV, for $4 million on September 1, 1959. A Bing Crosby led group sold KCOP-TV in 1960 to the Corporation.
Chris-Craft Industries 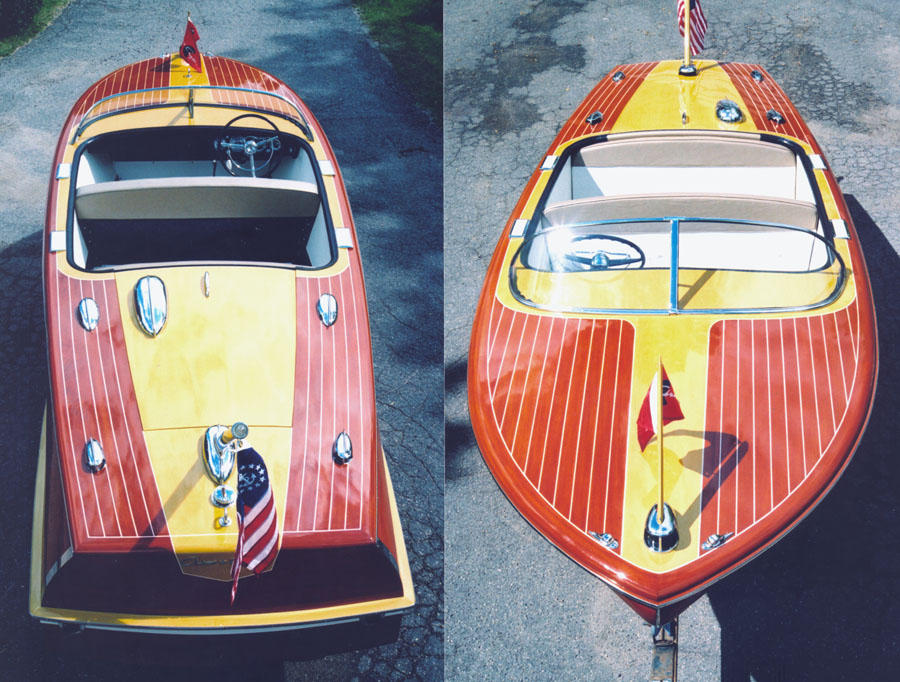 Chris-Craft Boats was an independent company until it was acquired by Shields & Company’s NAFI Corporation in 1960 and merged with NAFI. They renamed the merged company Chris-Craft Industries, Incorporated in 1962. In 1962, the company acquired the Old Crown Brewing Corporation, a brewery company based in Fort Wayne, Indiana. Old Crown was sold to its employees a short time later. 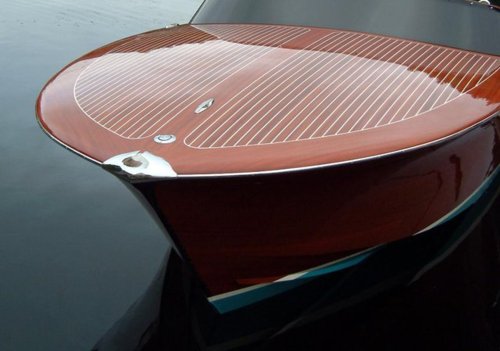 In 1964, Chris-Craft launched the all-fiberglass Chris-Craft Commander. This dramatic new design was unveiled at the New York City National Boat show, perched at the top of an escalator on a giant, castered cradle. This first Commander was a 38′ express hardtop with a 13′ beam. The line of Commanders soon grew to include sizes ranging from 19′ to 60’—all “styled in fiberglass.” 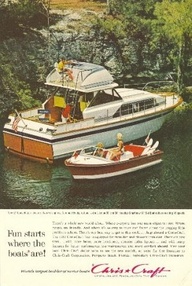 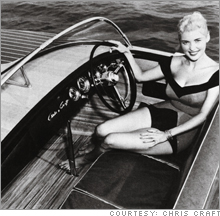 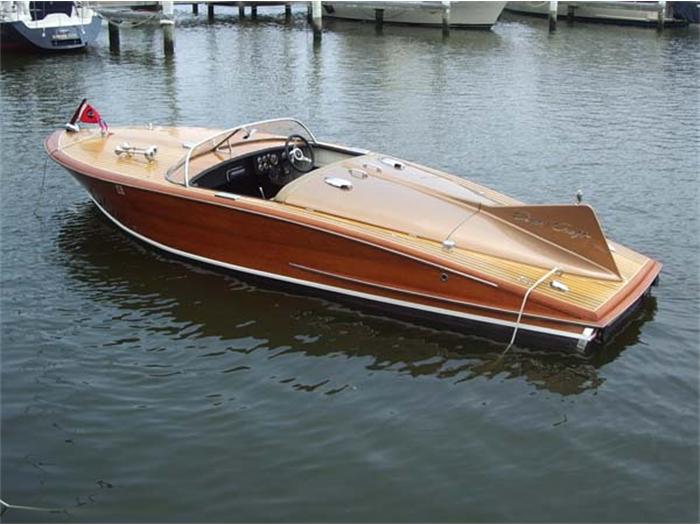 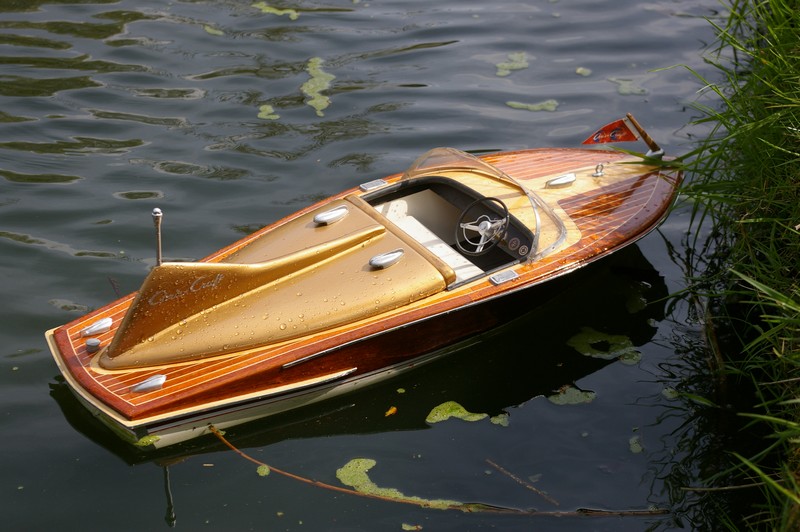 Chris-Craft Industries formed BHC, Inc. to hold its two existing television stations, KCOP in Los Angeles and KPTV in Portland, Oregon, both placed within BHC’s Chris-Craft Television, Inc. subsidiary. That same year, Chris-Craft purchased a share of 20th Century Fox. In 1981, the 20th Century Fox share, then at 20 percent, was traded for 19 percent of United Television. 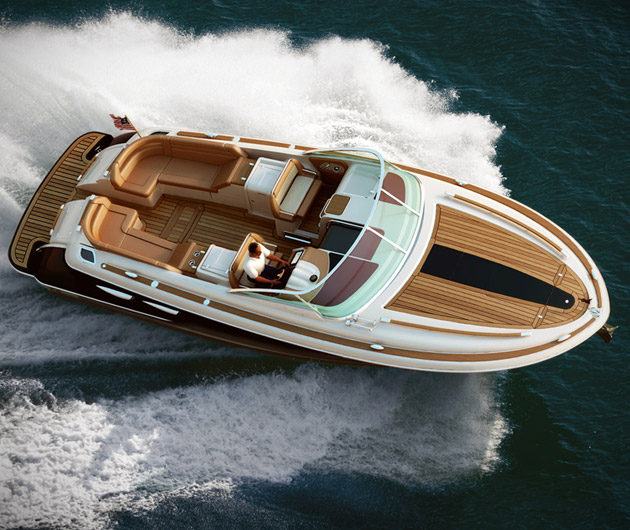 Between the 1960s and 1980s, Chris-Craft lost market share as competitors with more innovative designs and less expensive manufacturing techniques such as fiberglass hulls came on the scene. Chris-Craft ended production of its last mahogany-hulled boat, the Constellation, in 1971. 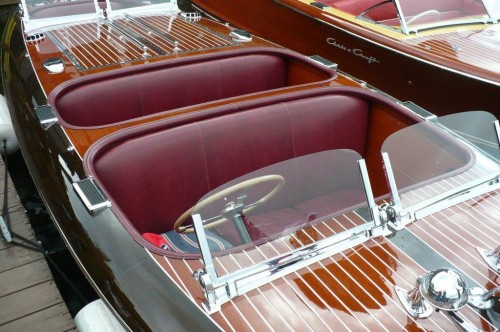 So, I dig these too and other vintage stuff, keep checking the Blogs out as at least that way you will have some understanding of what actually ” Floats my Proverbial Boat”