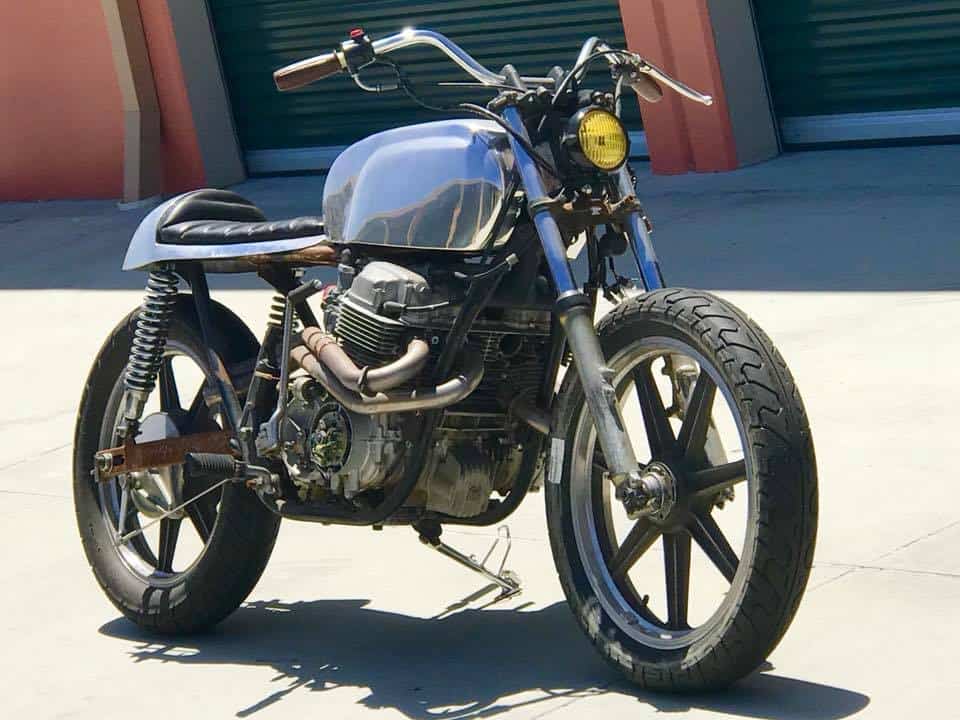 Well, I have a few old frames and parts laying about and pulled some stuff out of my storage and decided it was time to build another bike, as of course, thats what I like doing.

So, this time I want to build a street tracker style machine, just something tough looking but functional as well, I grew up with Motorcycles as a kid with my brother and we had old Dirt bikes and road bikes we turned into dirt bikes and this takes me back to that very time we rode around and around the back garden, just having time in the saddle when we were teenagers. 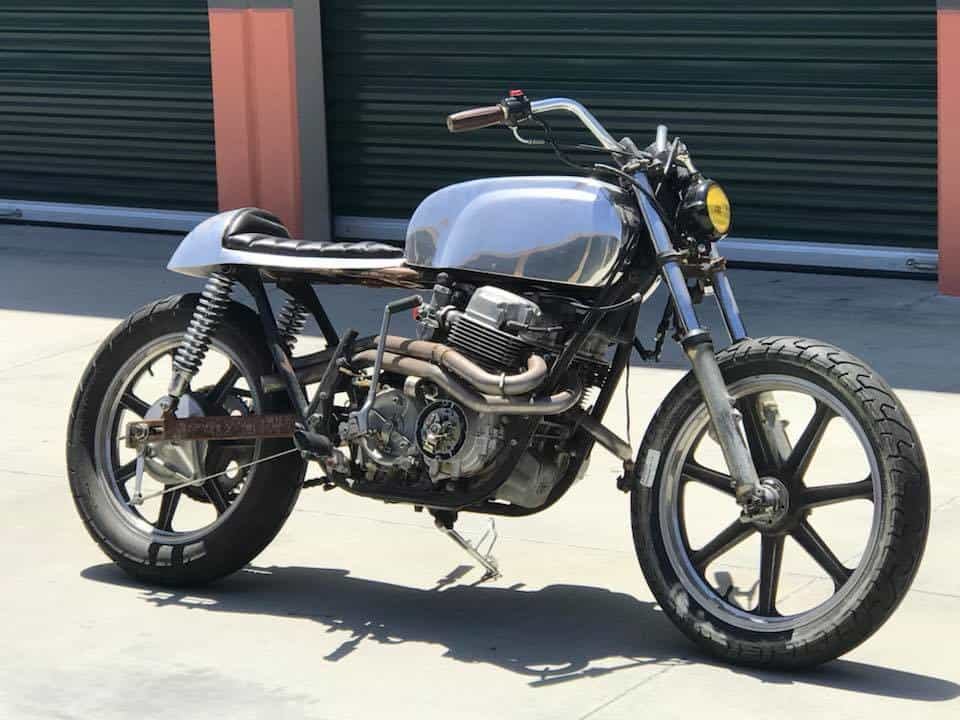 This old Honda is a Bone shaking Rusty 1978 K model that had been sat for over 30 years in the desert, so what better way to resurrect something and at the same time make something fun, as well as a part of my life back in Great Britain when my brother Mick and I would go out in any weather and I mean any weather, we even rode in deep cold snow with just jeans and a jumper but loved it. 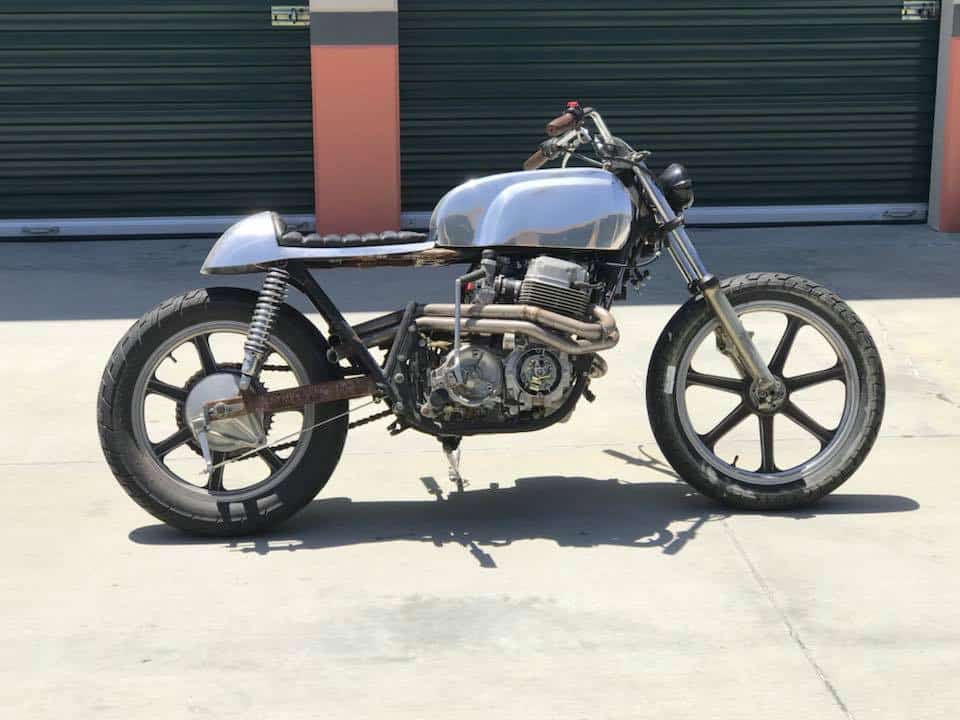 So, there is this old carcass that I shall be using to try and at least make something that will at least turn the corners of my mouth up and have fun again, no idea what I am doing exactly for now but we shall see how this old inline Four progresses as and when I put time into it, its not a paying job, so will be just spare time here and there and a test of patience and money to see where this goes. 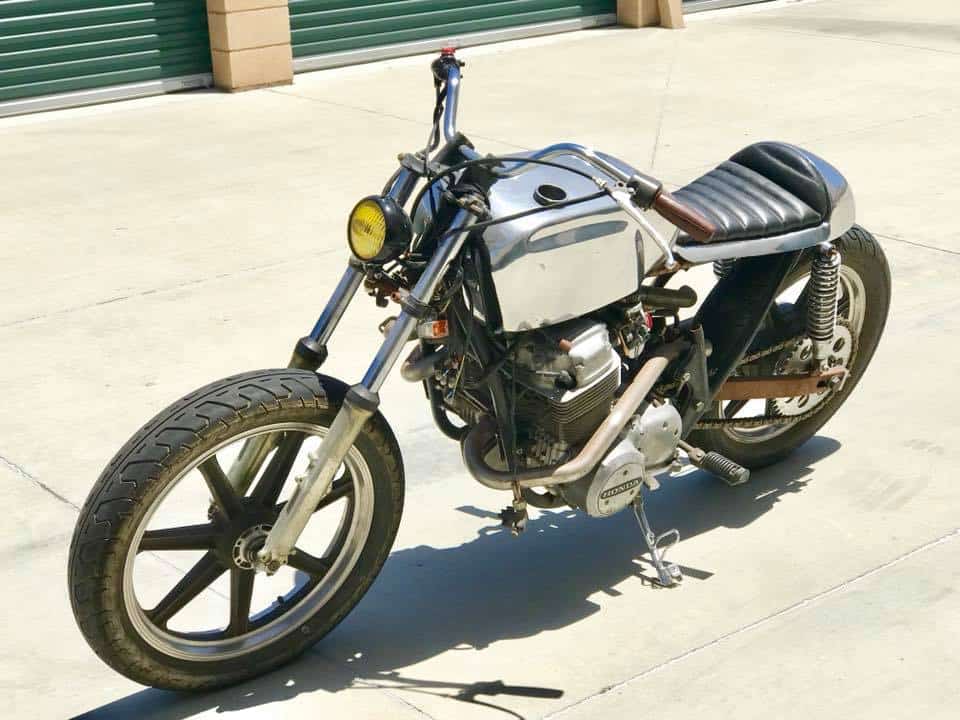 First off, I will get it running first, hasn’t run in decades and has seen a sorry life sat out in Palmdale out in the Desert with Sun, Wind, Rain and Frost invading its chassis , so I feel I must do something with this old Girl and she will run once more, I can promise you that. 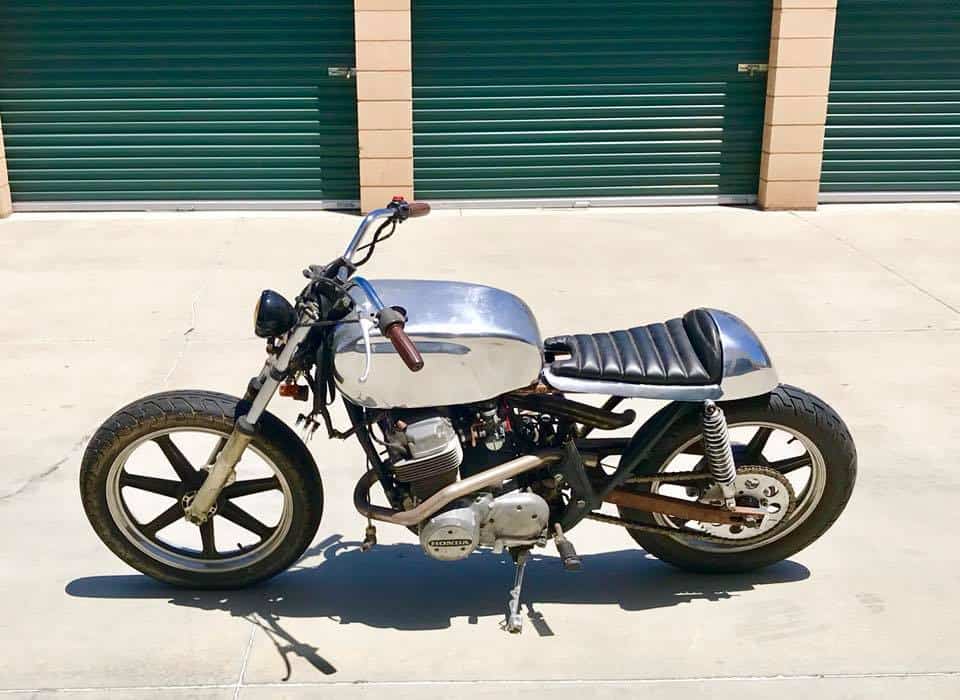 This Machine is a Big heavy Lump, the 78K was the last of the SOHC models, along with the Super Sports and boy were they heavy, with a bigger exhaust, bigger Gas tank and seat, these were mammoths of their time, so all the old stuff like tank and seat were rotted away, I managed to mock the bike up to how I hope to have it later on, albeit I am sure things will change but I shall be keeping the Old School Lester Rims. 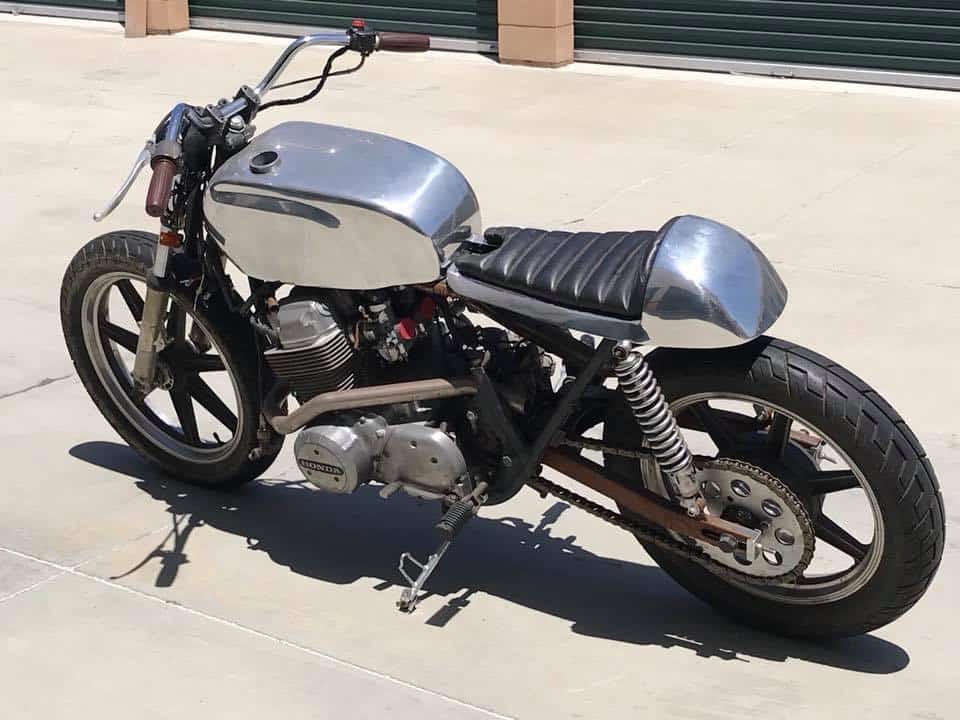 I got these off an old CR750 Race Bike about 17 years ago and have kept them in storage until now, so I will of course change the tires for Knobby versions to give that European Tracker look and see where we go. 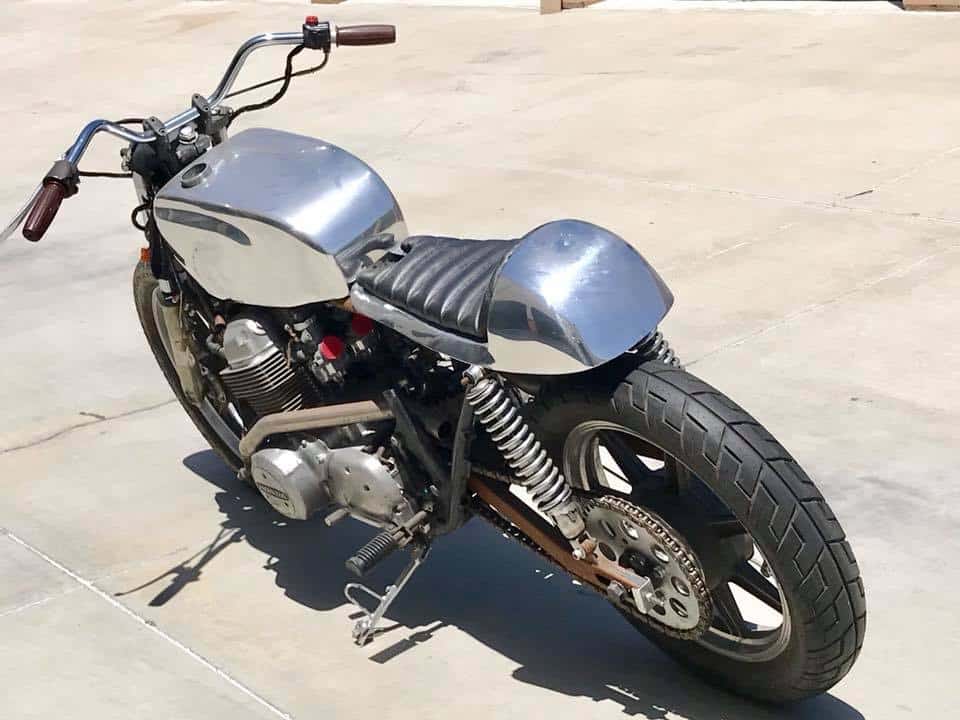 Quite exciting really as it will be a look back at Yesteryear and something I and my Brother Mick will look at and remember the struggles we had as kids with bikes when all your mates had new stuff, we had Motorbikes that either were not wanted or left by the way side, but – Makes you a better person for it I feel. 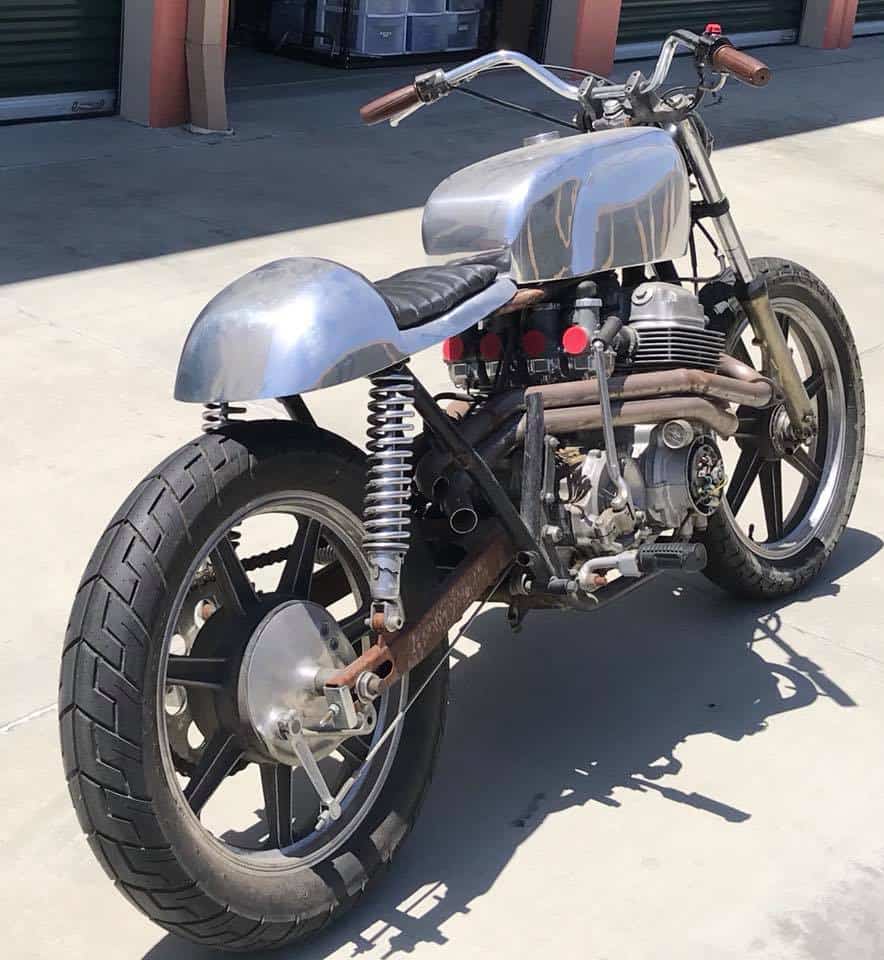 This bike will rip along quite well and I am sure will be fun to take anywhere to be honest, as they have plenty of grunt and no worries green laneing, if you have good Enduro tires, then I see no real issues on here, so thats the style that I am going with and want it to look a little 1960’s. 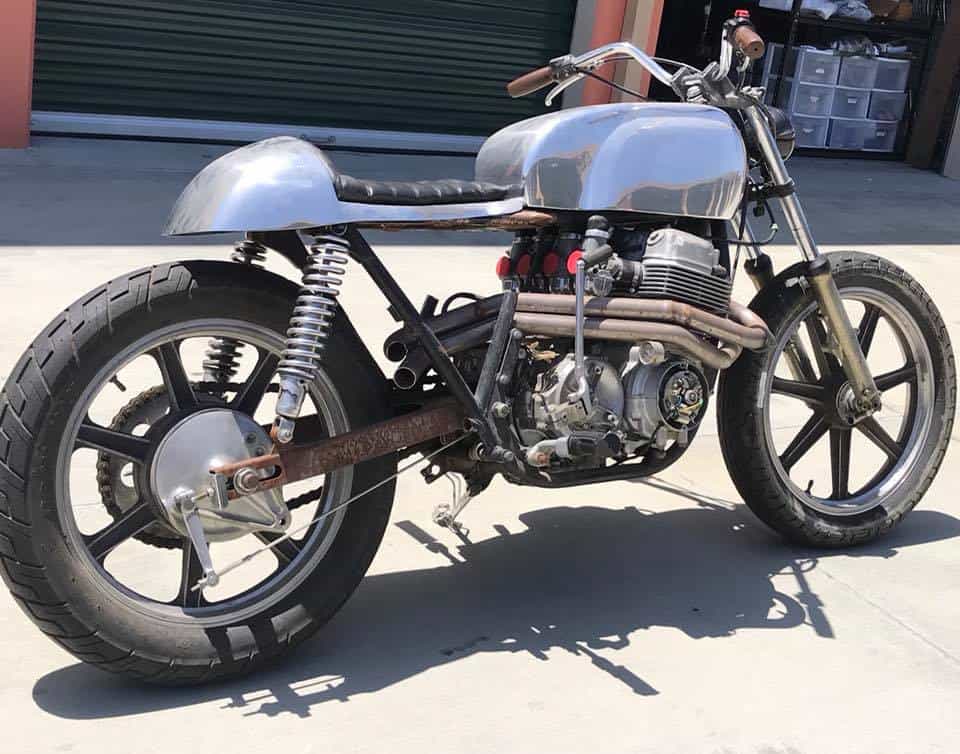 Sp the adventure of building and recreating something begins, I had an old Alloy Gas tank and hope to use this as well as a Alloy Seat , they look kinda cool together and like that Sammy Miller set up, so hope that I can use these as it will be great to use up some old parts that were just sat on a shelf for Donkeys years collecting dust. 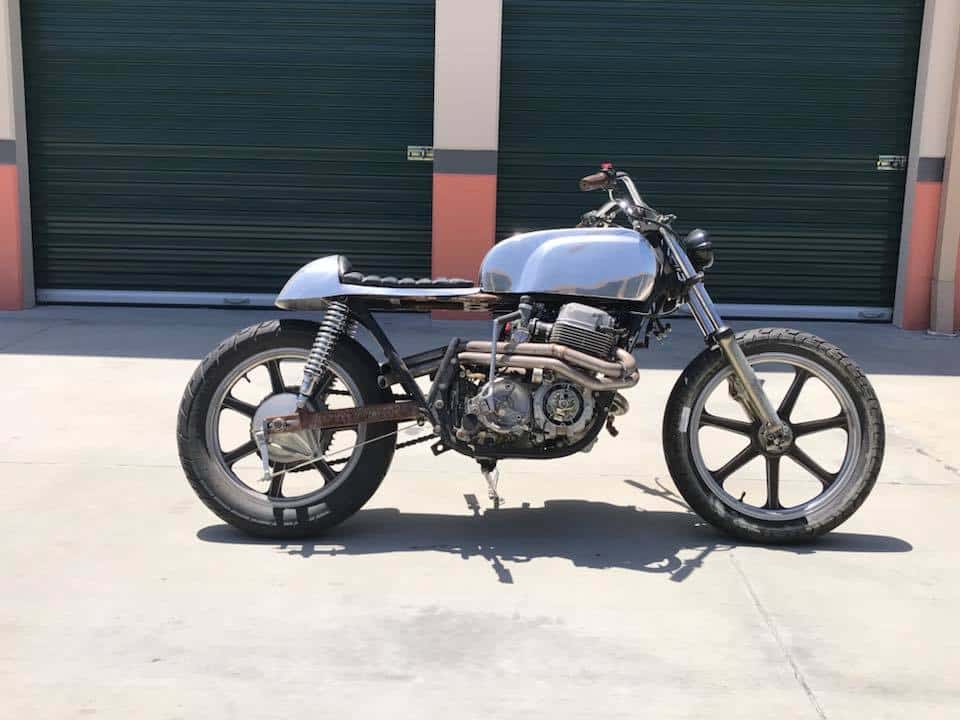 Will make the exhaust system up as I go along and it could change a few times, but we shall see, I do like the way it is going now though and I have some frame chopping and changing to do. 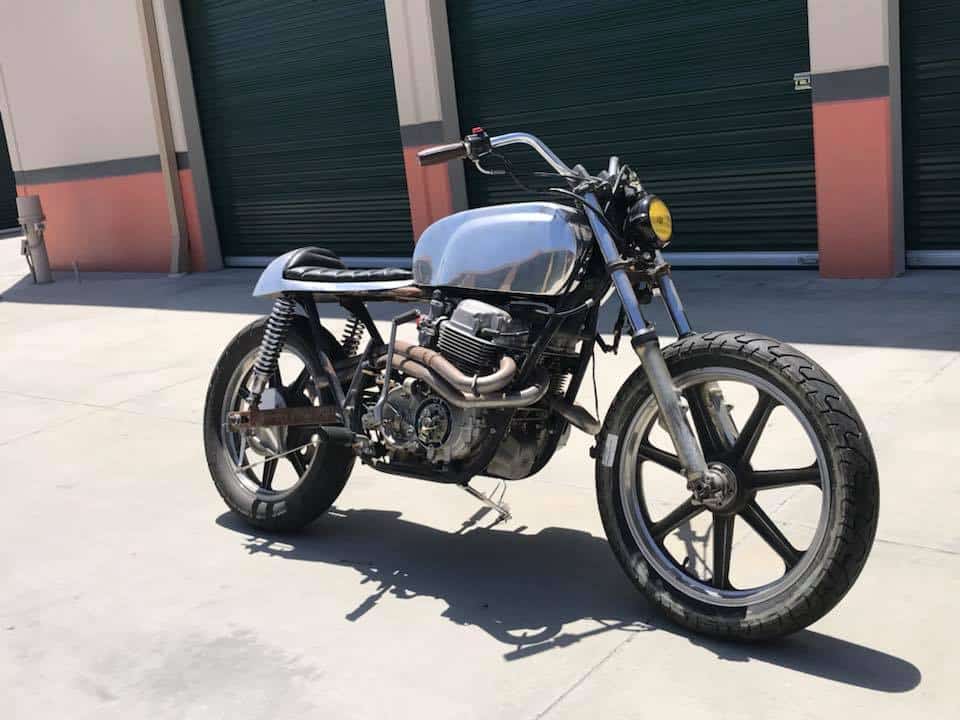 I will most probably run a Disc Rotor up the front too, not a fan of bikes with only half a braking system to be honest, it may look cool but not so cool when you got to stop at 70 Miles an hour with no front Anchor eh? 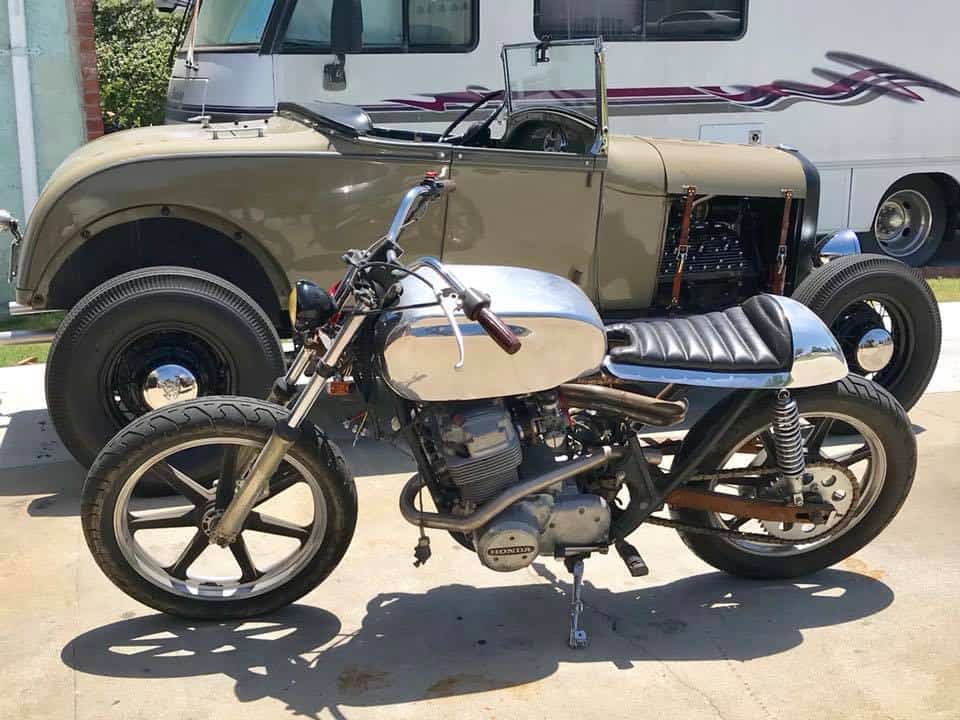 Parked up next to my old 1928 Model A Ford Roadster, 2 Classic bits of iron on the driveway. 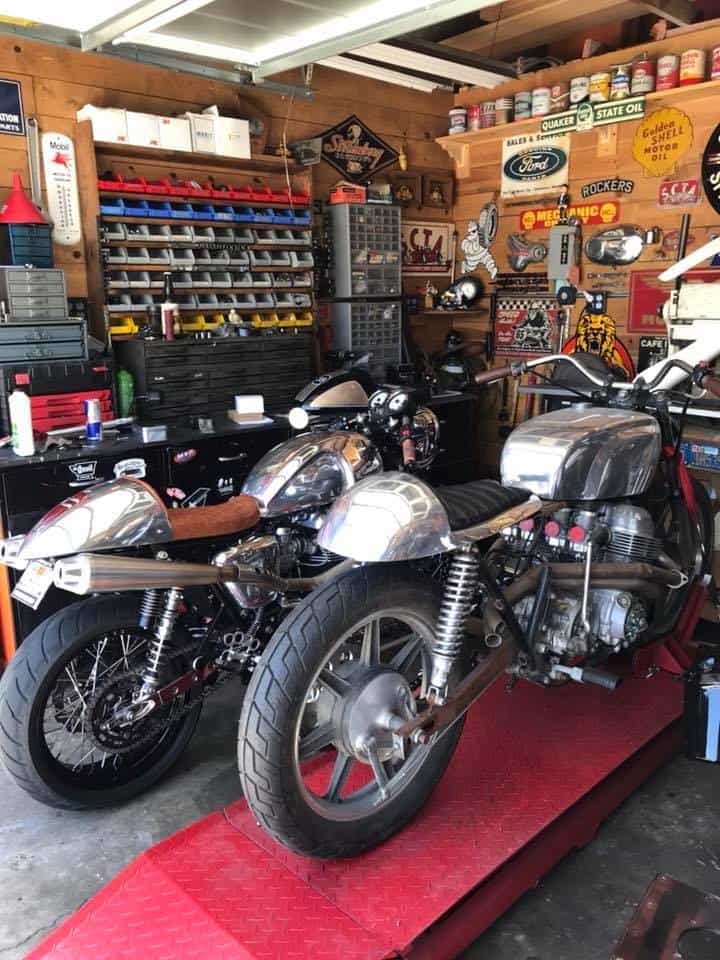 So, there it is, in the garage, on my table and when I get spare time and a bit of loot, I shall begin trying a few things out to see what I can do to first of all, get this old girl to run again. 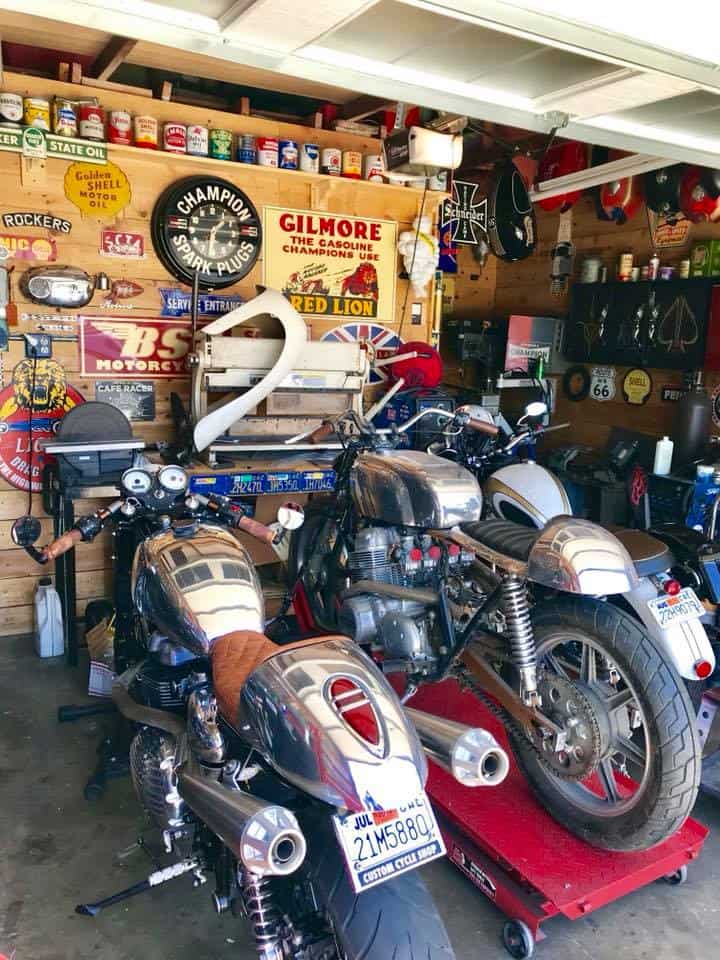 Once that is done, I can then go about and get the proportions right and start to create a fun Street tracker, Better get some liquid refreshment to get me in the mood with this 70’s Classic. 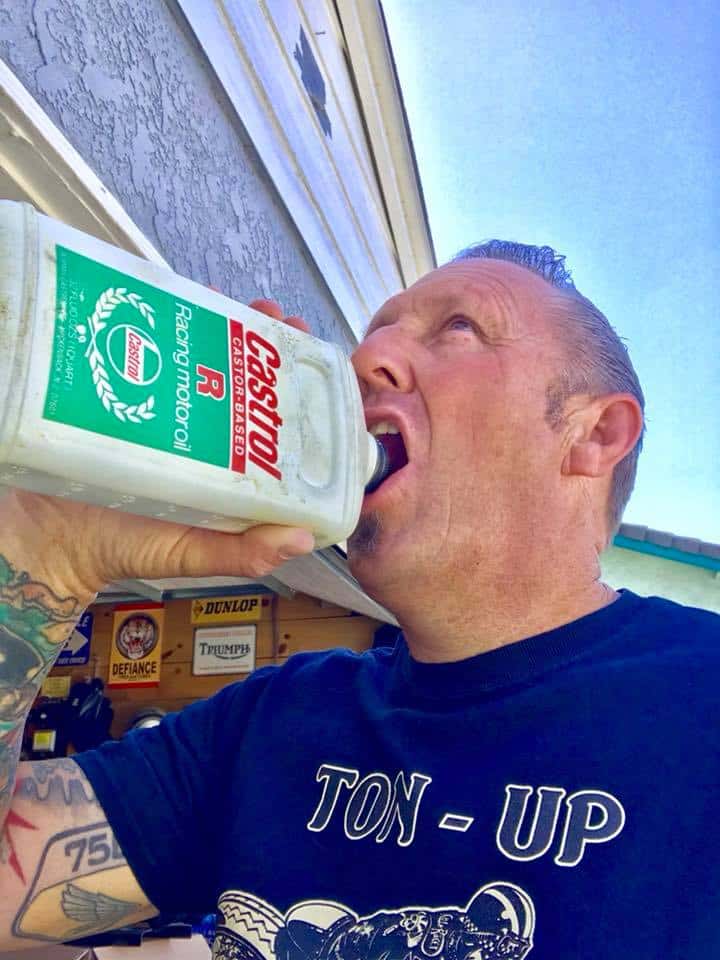