This is always a classic place to meet and has many cool shows and events going on in Toluca lake of which the cruise night on Fridays gets really packed.

I have been coming here since I first moved to these shores in 2000 and always have a great time at the restaurant.

Just wanted to share some of this place with you, in-case you had not been down this way.

The iconic figure in the Burbank area, this is one cool eatery,  that has been around for many many moons and is a great part of So Cal history.

This Bob’s restaurant was built in 1949 by local residents Scott MacDonald and Ward Albert, and is the oldest remaining BOB’S BIG BOY in America. It was designed by renowned architect Wayne McAllister, incorporating the 1940’s transitional design of streamline modern style while anticipating the free-form 50’s coffee shop architecture. The towering Bob’s sign is an integral part of the building  design and its most prominent feature. The restaurant was honored in 1993, receiving the designation as a “STATE POINT OF HISTORICAL INTEREST” by the state of California. The current owner (the MacDonald Family) acquired control of the restaurant in 1993 and began to restore it to its past glory.

The Bob’s Big Boy and sign ensemble is significant to the history, culture, and architecture of Los Angeles and merits recognition and preservation. An exterior patio was added; the tower sign was rehabilitated; the dining room was remodeled; “Car Hop” service was re-introduced on Saturday and Sunday nights; and on Friday nights a classic car show reverberates in the parking lot. Many resources were spent to restore the quality of food, service and hospitality which made BOB’s a Southern California tradition. We, the owners, managers and employees of  Bob’s thank each and everyone of our guests for their patronage, and we pledge to continue to strive to provide you with the very best food, service and hospitality at a fair price. Our goal is to constantly improve and make your meal the very best value in Southern California.. Greg Harvey had heard stories about the carhops at the Bob’s Big Boy in Burbank. His dad was a regular here in the 50’s, spending his weekends in a 1957 Chevrolet Bel Air. Greg’s wife, Jill, frequented the Burbank restaurant, too, but she was 10 years old and came with her parents. When Greg learned that the carhops were back, he took a trip down memory lane, Borrowing his dad’s 1969 Copo Camaro, he pulled into Stall 15 on a recent Saturday night. Greg ordered a Big Boy Combo with blue cheese dressing, his childhood favorite, while Jill chewed on a burger with fries. As music of the Beach Boys played in the background, the Harveys basked in nostalgia. “It’s the same as it was when I was a kid,” Jill says. “But back then it was more crowded. There were people and cars everywhere.”

Opened in 1949, Bob’s Burbank is the oldest restaurant in the nationwide chain. When the City of Burbank declaired the restaurant a historical landmark last year, the ’50’s diner underwent a face lift to re-create the ’50s style. Managers agreed that the restoration wouldn’t be complete without the revival of the carhop. “We wanted to bring the historical ’50s style back,” general manager Mike Lopez stated.

They have super car shows and cruise nights here and if you are ever in the area, its a must place to go and check out.

“It is the oldest Big Boy in the country and classic car lovers from all around Los Angeles gather there every Friday for a trip down nostalgia lane.” – The North Hollywood-Toluca Lake Patch For our friends age 55 and over, we offer a Senior Savings of 10% off the total check.

Breakfast at Bob’s is served anytime you want it. If you’re in the mood for breakfast – morning, noon, or night just ask your server for our Breakfast Menu to make your selection.

See All Burgers and Sandwiches >

All entrees served with soup or salad, choice of potato and vegetable unless noted.

Our milk shakes are made 1950’s stlye – in a silver tin goblet that comes with your order. They are without question, the best milkshakes in the world.

Back to the 50’s Style Fountain Drinks. This photo was taken at Bobs back in April in 1957 and made the cover of LIFE magazine, Norm Grabowski is sat in his T bucket, and this Hot Rod was as famous as bob’s place, as it was the car featured in 77 Sunset strip that kookie Burns drove.

I hope to have a meet up there some time in the summer as its a cool place to hang, great people and fun food.

if you ever get a chance, get down there, especially on a Friday night as you get many Stars pop in from time to time. 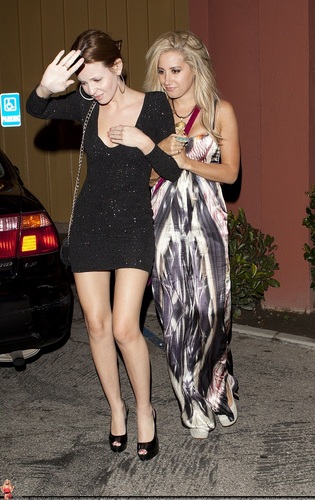 Come on down, you will really enjoy this place.