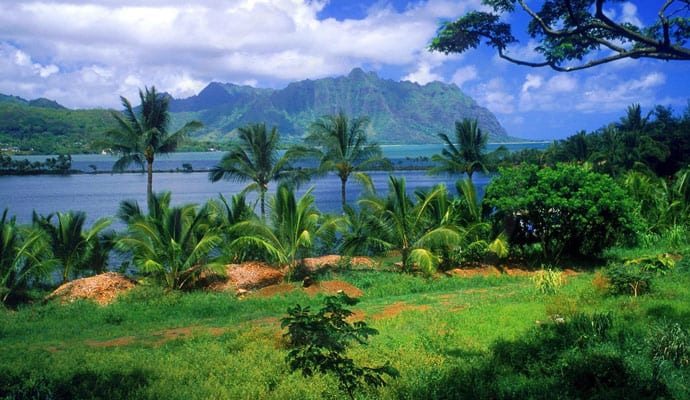 My Girlfriend is Hawaiian and Last night with her Mum we were talking about the islands, I didn’t know about the forbidden island of Niihau.

Niʻihau or Niihau is the westernmost and seventh largest inhabited island in Hawaiʻi. It is 17.5 miles southwest of Kauaʻi across the Kaulakahi Channel. It’s area is 69.5 square miles.

Now YOU can visit Niihau, the Hawaiian “Forbidden Island” – where “time has stood still”. One of only three places in the world where technology has not yet moved in, Niihau Island (if you pronounce it “Nee-ee-how” you’ll be pretty close) is a 72 square mile privately owned island just southwest of the island of Kauai. Purchased from King Kamehameha in 1864, this island has preserved many of the traditional ways of life, including the Hawaiian language, and is inhabited by about 200 locals whose primary language is Hawaiian.

Accessible via Niihau Helicopters you can now escape for half a day to this island as a guest of the owners and spend some time on this beautiful and pristine island.

This generally arid island has become home to many free roaming animals on which the Polynesian Boar, Hybrid Sheep, Eland and Oryx have been flourishing on. So you can experience the thrill of a great hunt by going on a Hunting Safari.

Lacking the flowers the other islands are now famous for, Niihau Island has become famous for their beautiful leis crafted from the tiny shells which populate their beaches. Now you can own some of this beautiful jewelry made with Niihau Aloha Niihau Island is located 18 miles from the island of Kauai across the often-times rough Kaulakahi Channel.

The oldest of the inhabited Hawaiian islands, Niihau is also the least changed by modern progress.

The Niihauans fish and hunt for their main staples of food, with their diet supplemented by supplies brought in by air and sea by the owners of the island. The residents of Niihau still hunt with ropes and knives and fish with spears and nets.

Once they purchased the island in 1864, the owners made a commitment to the maintenance of the Hawaiian culture.

As you can imagine, life on the island is simple, tranquil and blissfully uneventful. That wasn’t the case on December 7, 1941, however. After the infamous attack on Pearl Harbor, a lone Japanese pilot crashed his plane on Niihau and took the entire village of Puuwai hostage. Thankfully, two men, Hawila Kaleohano and Beni Kanahele, were able to disarm and kill the intruder. Kanahele, who was shot three times in the incident, reportedly grabbed the pilot and flung him against a wall, cracking his skull. He later received a Purple Heart for his heroics.

A more welcome visitor to Niihau is the endangered Hawaiian monk seal. The population of the species has grown over the years, up to about 35 seals. Ten to 12 seal pups are born on the island every year.

Because most of Niihau is low and dry, the island is too arid to be used for cultivation. Much of the land, in fact, is used for raising cattle, and most residents work on the Robinsons’ ranch. Each family on the island tends to their own garden to supplement the beef and mutton that are raised on the ranch. 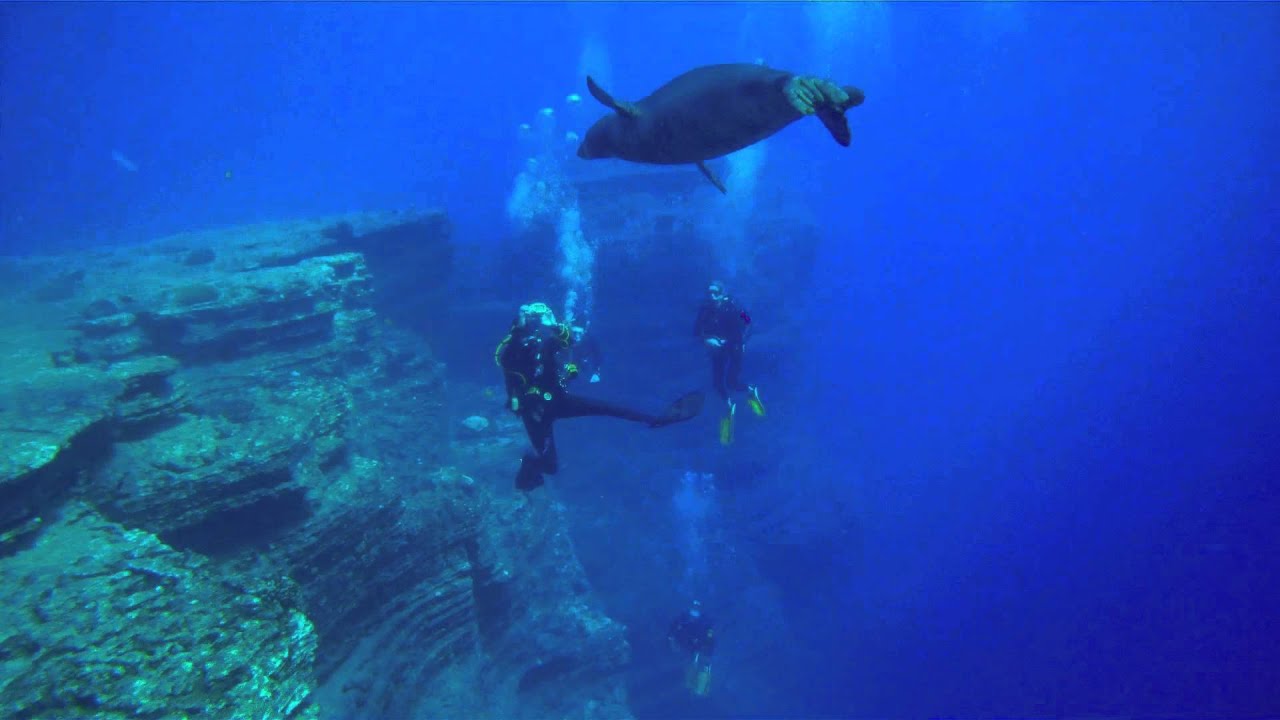 A single family has owned the island for more than 150 years and — even though it’s only 17 miles from resort-lined Kauai — Niihau remains surprisingly insulated from the outside world.

The island has no roads (dirt trails navigate its arid, bushy terrain), no cars, no stores, and no Internet. Its sandy beaches see more wildlife than human footprints. Sleepy Hawaiian monk seals dot the coast and schools of sharks have been known to swim remarkably close to empty shores.

But the island is populated with people.To this day, only Niihauans, the Robinsons (the descendants of the title-holding family), and the occasional invited guest are allowed there (or near the dozens of homes in the island’s only settlement, Puuwai). “We’ve tried to maintain the request of the King when it was turned over,” Bruce Robinson, one of two brothers who owns the island, told ABC News in 2010. “We maintain the island for the people and continue to work it as he had.”

Those promises afforded Niihauans a luxury that most modern travelers search the world for: A truly secluded and untouched island.

Niihau remains something of a living fossil — a glimpse into what life in the islands might look like if, over the centuries, the rest of Hawaii just stood still. The Niihauans who remain on the island today live mostly as their Native Hawaiian ancestors did, with hunting and fishing taking up the majority of their days. There are an estimated 70 permanent residents on the island, although that number fluctuates as Niihauans move away or return to the islands. The 2010 census listed its population at 170, but since the Robinsons are not required to submit population estimates, the current number of permanent residents are unknown.

They speak mainly Native Hawaiian, but, because of efforts by the island’s only school and Niihauans access to other islands, some residents also know English. They don’t pay rent, they travel mostly by bike or on foot and most homes rely on rain catchments and generators for water and electricity They’re also expected to abide by rules set by both the Robinson’s and the village’s earlier generations. Alcohol and guns are not allowed on the island and, according to the New York Times, anyone caught breaking the rules can be evicted.

According to one former resident, Niihau men aren’t allowed to have long hair or wear earrings, and on Sundays, the entire village is expected to go to church. 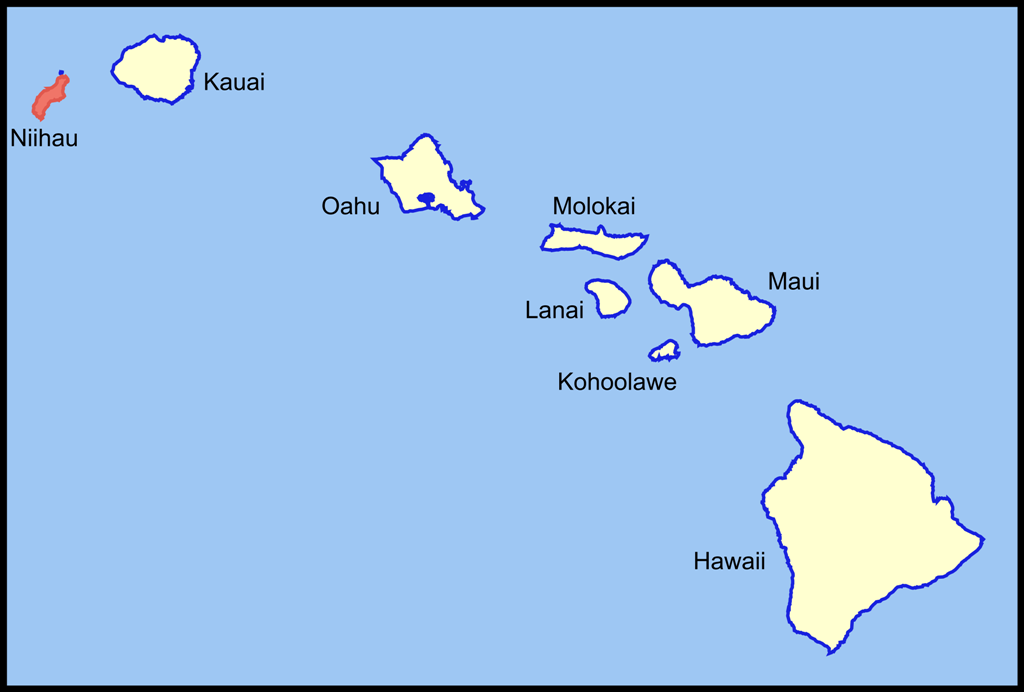 In 1969, the Milwaukee Journal called Niihau a “Puritan paradise,” because of the religious culture impressed upon the Niihauans by the Robinsons — a family of “strict Scots Presbyterians,” according to the Journal — and the missionaries that came to Niihau decades before it was purchased. “All those rules came from the old timers, so we just take care of that,” Wehi Kaaumoana, a 34-year-old Niihauan, told The Huffington Post.

The younger people in the village are also expected to take care of and provide for the elders.

“We live off the land. That’s all we have,” Kaaumoana said. Although Niihauans can hop on a barge owned by the Robinsons to go grocery shopping on the island of Kauai, they rely heavily on fishing and hunting to feed the village.

But “the old folks over there, they can’t go beach ‘cause they growing old,” he added. “When we go out and fish and hunt and give them food like that, they happy. We take care of our elderlies. Elderlies are the main thing in life.”

To pass the time, Niihauans go to the beach or watch pre-downloaded movies on iPads, but, like any other small town, people get bored. Kaaumoana, for example, moved off the island in his mid-20s to find work on Kauai.

The island’s small population fluctuates as Niihauans travel or move off the island. The Niihau Cultural Heritage Foundation says that number can drop to below 30 during the summer months as people travel for pleasure or work. The perceived mystery of life on the “Forbidden Island” has generated speculation over the years, but Bruce Robinson told ABC News that, “While it is an ancient type of culture, they’re a very modern type of people.”

“There are stories that have been generated of captives living out here,” Robinson added. “People who can’t get out to the cities. That is totally false. In fact, every person on Niihau has been to the mainland. They know all about it. It’s a well-traveled population.”

A Taste Of The Forbidden

Niihauans are fiercely protective of their island. In 2013, a group of residents discovered trespassers fishing on their shoreline; they used a digital camera to record the intruders, andpresented the footage to lawmakers, asking for help with protecting their resources.

There are, however, a few sanctioned ways to see Niihau. 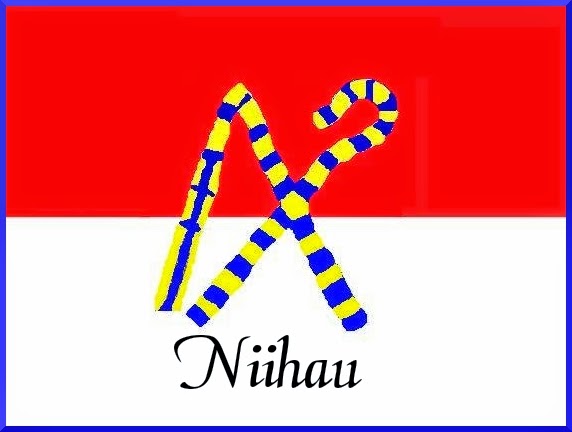 If you want to get on shore, the Robinsons offer extremely guided tours and hunting safaris, ferrying curious tourists on their private helicopter from Kauai to remote parts of Niihau. The half-day guided tour takes guests on an aerial tour, then to a remote beach for lunch and snorkeling.

Day-long hunting trips can cost more than $1,700 a person, but give slightly more access to the island.

The Robinsons’ tours help support Niihau, but purposely avoid contact with the locals and keep the island’s village out of sight, in order to protect the Niihauans’ privacy. For Bruce Robinson — who’s married to a Niihauan woman — maintaining Niihau’s unique culture and way of life is a priority. On Niihau, he told lawmakers in 2013, there’s “a feeling of inner peace and renewal that we don’t understand in the outside world. The Western culture has lost it and the rest of the islands have lost it. The only place it’s left is on Ni’ihau.” Kaaumoana, who has become used to modern life on Kauai, would agree.

“Life is good over there,” he told HuffPost. “Everything you need is there … You can go to the beach and you’ll have the only footprints on the beach. It’s beautiful there.”