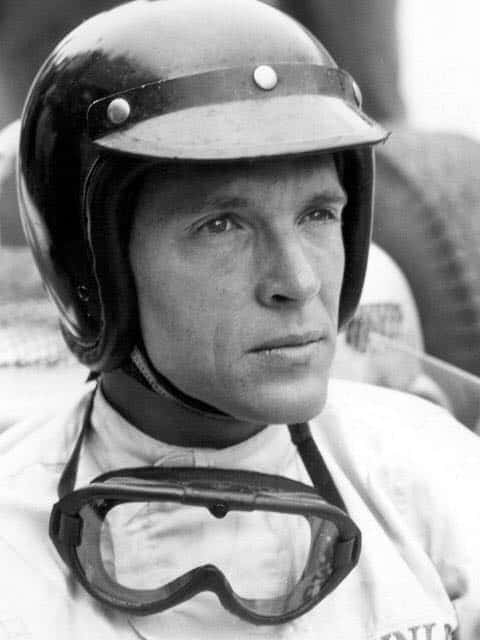 Daniel Sexton Gurney
(April 13, 1931 ) passed away Yesterday, we remember him as one of the premier racers/builders/owners the U.S. has produced…like so many other racers, Dan started out as a Hot Rodder. I only met him a couple of times at Cooks Corner as he was on one of his crazy Motorcycles, we chatted for quite some time and never forget how genuine and happy he was.
A talented man that has been taken too early.
Gone but will never forgotten.
RIP Dan. 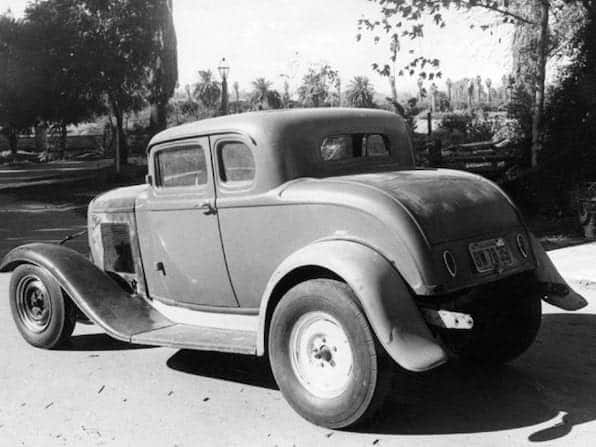 Dan Gurney was born to Jack Gurney and Roma Sexton. His father, John R. “Jack” Gurney, was a graduate of Harvard Business school with a master’s degree. Dan’s three uncles were each MIT engineers. His grandfather was F.W. Gurney who was responsible for the invention of the Gurney Ball Bearing. He had one sister, Celisssa. Jack was discovered to have a beautiful voice after taking voice lessons in Paris and changed his career path to became lead basso with the Metropolitan Opera Company in New York  who retired in 1947. Jack moved his family to Riverside, California when Dan was a teenager and had just graduated from Manhasset High School. After moving to California, young Dan quickly became caught up in the California hot rod culture. 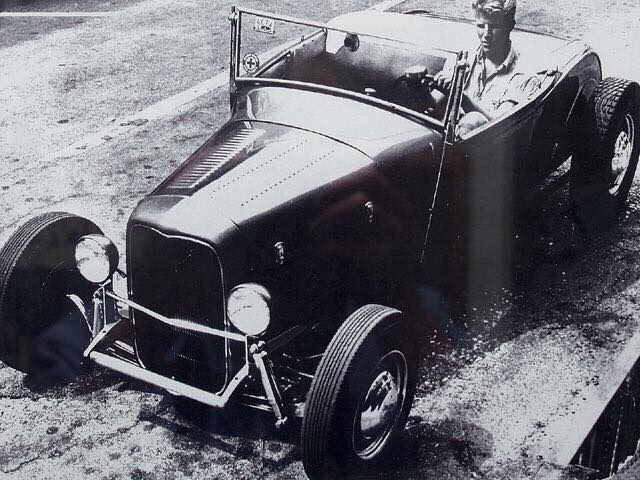 At age 19, he built and raced a car that went 138 miles per hour (mph) (222 kilometres per hour [km/h]) at the Bonneville Salt Flats. He later studied at Menlo Junior College, a feeder school for Stanford University. He then became an amateur drag racer and sports car racer. He served in the United States Army for two years as an artillery mechanic during the Korean War. 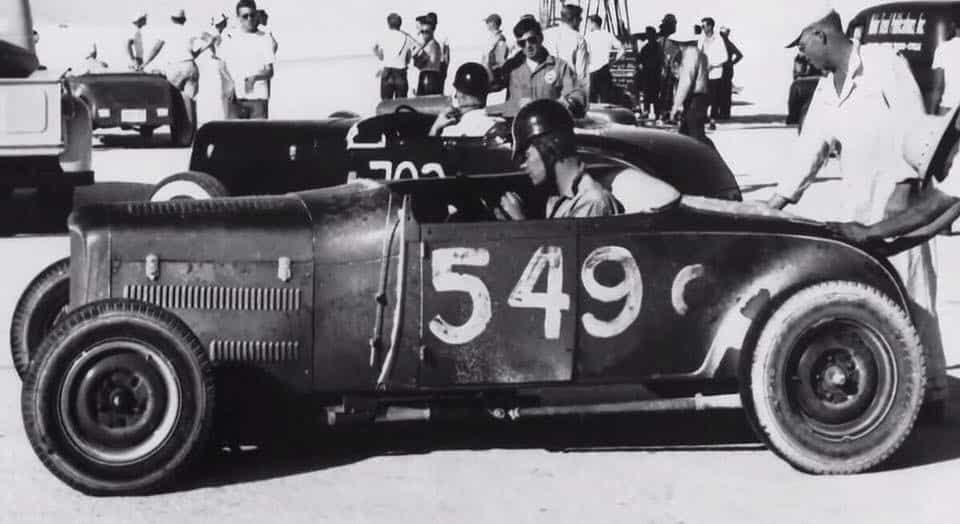 His first Formula 1 victory came in 1961 for BRM and he gave Porsche its maiden Grand Prix win the following year. In a growing tradition, Gurney went on to give Brabham its first F1 win in 1964.

Gurney’s most famous driving accomplishment has become part of American lore. Piloting a car designed and built by his own All American Racers outfit, Gurney’s win at the 1967 Belgian Grand Prix continues to serve as the only victory captured by an American in an American Formula 1 car.

The win at Spa came seven days after he traveled from France to from Belgium. In that brief span, Gurney authored the greatest week of driving accomplishments the world has seen by capturing the 24 Hours of Le Mans for Ford in its iconic GT40 with co-driver A.J. Foyt on June 11, and topped it with an incomparable F1 victory on June 18. Gurney’s Golden Week stands in perpetuity.

Prior to retiring from the cockpit in 1970, the Big Eagle’s versatility led his rivals as wins in F1, NASCAR, IndyCar, and Can-Am left Gurney in rarified air. Major sports car victories at Sebring, Daytona, and all manner of domestic and international venues cemented his status as a great among greats.

Through AAR, which built and sold everything from Formula Fords to Indy cars, Gurney’s southern California den of innovation shattered speed records at the Indy 500 while capturing multiple wins at the Brickyard. At one point in the 1970s, AAR became the highest volume producer of open-wheel race cars in North America.

As Gurney’s Eagles lost their footing in IndyCar racing, a shift to the burgeoning IMSA series representing Toyota added to the company’s legacy. Sports car racing was far from new for AAR; it’s gorgeous factory Plymouth Barracuda Trans-Am cars paved the way in 1970, Gurney’s final year behind the wheel.

An initial foray into the IMSA GTU category was upgraded to fire-breathing turbocharged GTO Celicas, and with the GTP class nearly rivaling IndyCar for the hearts of racing fans, AAR joined IMSA’s most popular show and it wasn’t long before Gurney’s Eagle Mk III chassis ran its rival manufacturers out of the series.

Just as Bobby Unser’s 1972 Eagle chassis—with the brand-new Gurney flaps installed—destroyed the existing speed record at Indy by 17 miles per hour, the Mk III caused the GTP class to collapse under the weight of its dominance in 1993. So advanced were the Mk III’s aerodynamics, Gurney readily refused to explain all of its tricks more than 20 years after the cars turned their final laps.

One last stint for AAR in the CART IndyCar Series—a championship Gurney brought to life in 1979 with his transformational ‘White Paper’—bore minimal fruit from 1996-1999, and other than supporting the racing career of his son Alex, Gurney’s team took a backseat in the new millennium to government contracts and the occasional support of fresh sports car projects. 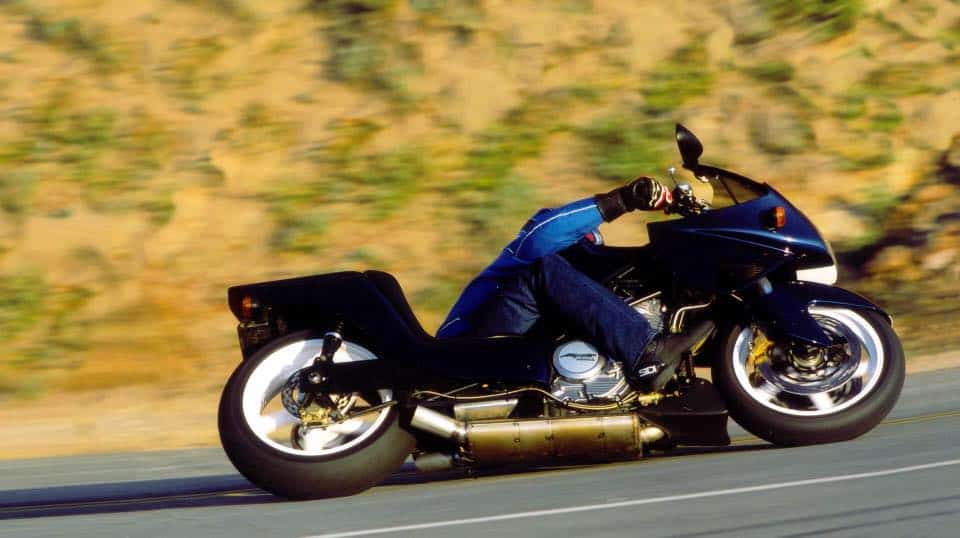 An avid motorcycle rider, Gurney started his own line of sit-down motorcycles under the Alligator banner, and continued to work on pioneering motorcycle engine designs until his final days.

There were few who were smarter, or faster, or gave to the sport more than he received.

If stature could be measured, Gurney would surely stand atop the sport for all he created and achieved during his 86 years.

Some drove. Some owned. Some designed. Some built. Gurney did it all, won it all, and used innate curiosity and humor as his energy source. Below That’s Dan waving with the Tall Hat and Oily shirt. 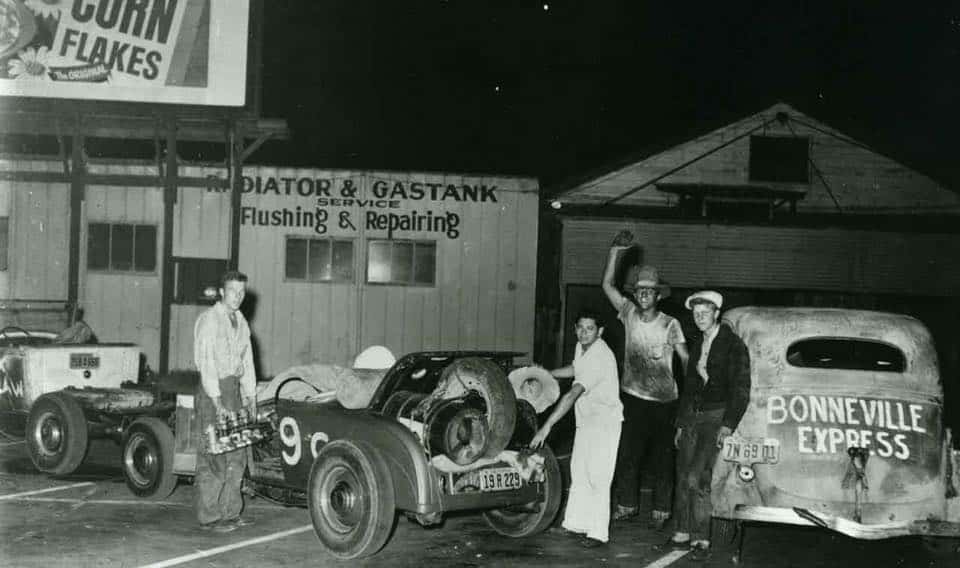 “I was a hot rod guy for sure,” Gurney said in a recent interview. “It was the only thing possible to do on a shoestring, as you could put a car together from junkyard parts.”

He started it all in high school by adding a two-carburetor setup to his 1933 Ford roadster. “I sent away for California Bill’s hot rod book on how you do it,” he said.

“[The Ford] made all kinds of noise, but didn’t run any faster. That was the beginning of learning how to do things,” Gurney remembered.

In 1948, a few days after he graduated from Long Island’s Manhasset High School, he and his family moved to California. His parents had purchased an orange grove in Riverside, and Dan drove across the country in a 1940 Standard two-door Ford. He immediately traded it for a chopped ’32 five-window coupe.

“I got the long end of that deal, but it was a huge education for me,” Gurney said. He described the Deuce’s flathead V-8 as “mild,” but it must have been good enough to get him into trouble with the local police.

“After getting too many tickets I no longer wanted it to be so obvious that I was driving a hot rod, so I ended up putting a good engine in a ’35 Ford,” he said. Gurney bought the two-door sedan for $50 in west Riverside. It was definitely less noticeable than the chopped ’32 Ford coupe with the aggressive stance.