Blame Jaguar. Or praise Jaguar. Either way, it’s probably Jaguar’s fault that Aston Martin has just announced it’s building 25 ‘continuation’ versions of the rather pretty and quite potent DB4 GT. 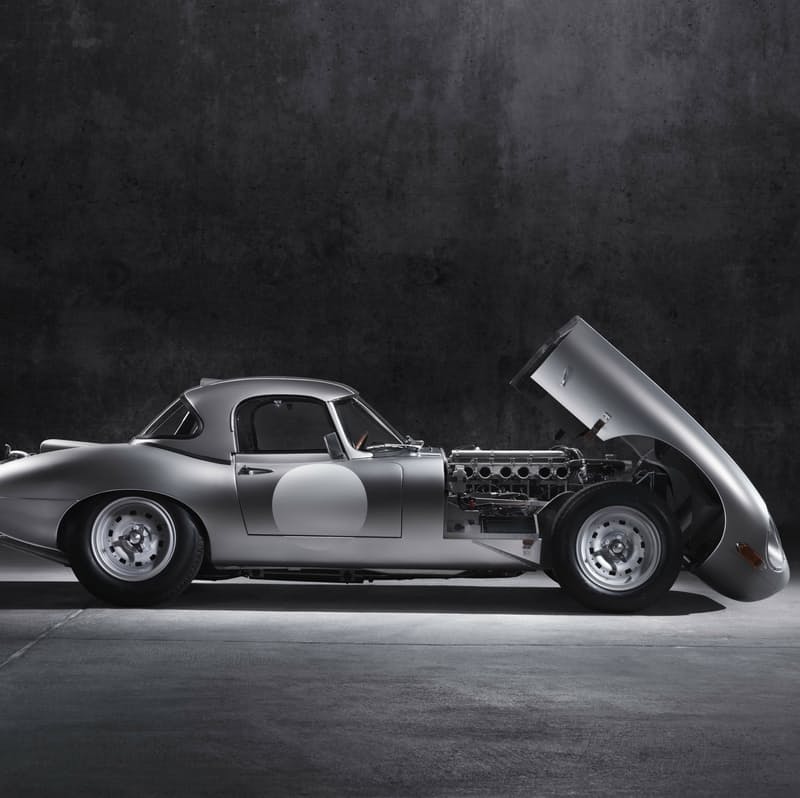 Why? Well back in 2014 Jaguar realized it could capitalize on the booming market for rare race classics by building the six ‘missing’ vehicles from its Lightweight E-type project. The plan, back in 1963, was to build 18 ‘Special GT E-type Cars’, but only 12 were ever made, and the remaining six designated chassis numbers were never used, apparently laying dormant until some bright spark (probably from finance or marketing) hit upon the idea to dust them down and make millions. 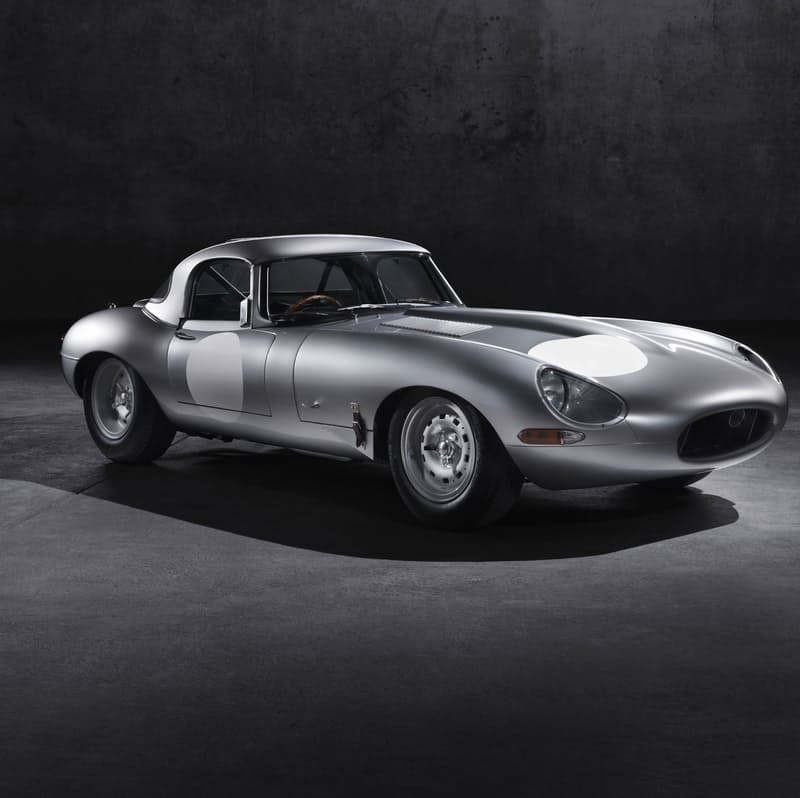 Don’t get us wrong though, the Es in question are million-quid masterpieces, each hand-built by Jaguar’s finest craftsmen, constructed to the exact specifications of their original 1960s forebears – and Jaguar prioritized those who promised to rag them around race tracks as often as possible. 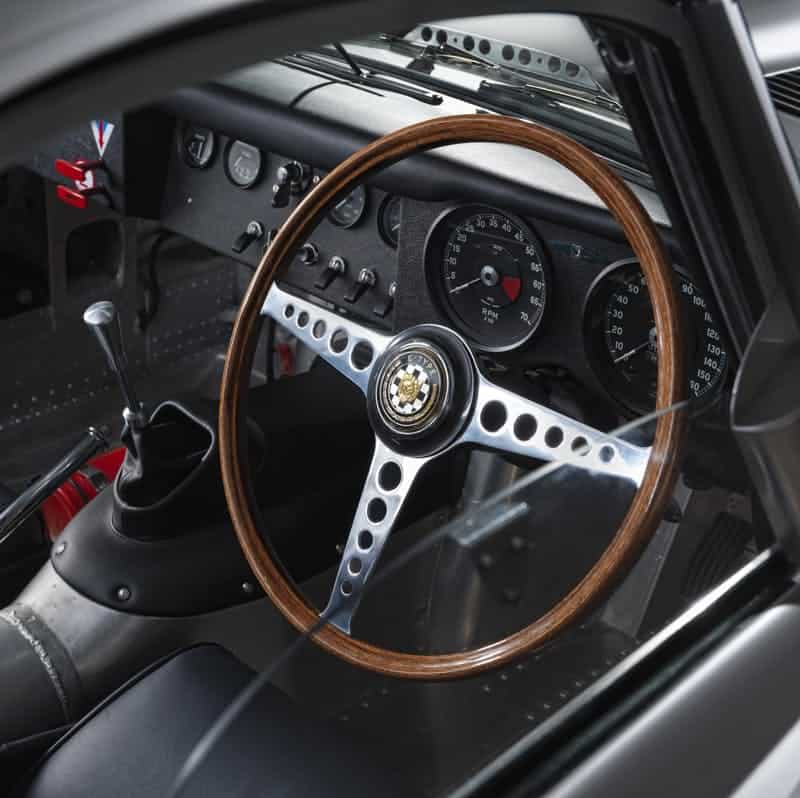 It’s mushroomed too: there’s now a Jaguar Heritage workshop that offers servicing and restoration of classic models; a Jaguar Classic Challenge race series has just completed its second season; and earlier this year Jag announced it was going to build nine new XKSS models. The road-going version of the Le Mans-winning D-type, the new cars are being built to the exact specification as they appeared in 1957, replacing the cars lost due to a factory fire at Browns Lane. 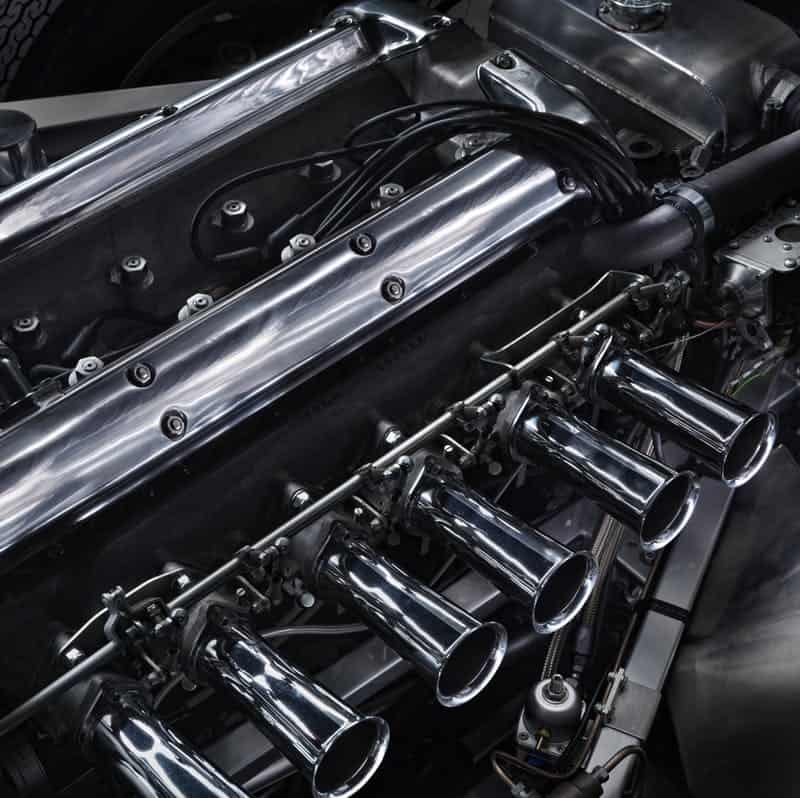 How tenuous is Aston Martin’s reason for building 25 old-but-new DB4 GTs? Did Sir David Brown once declare he’d ‘still love to be building these things in 60 years’? Does his ghost haunt the halls of Gaydon, calling out for a limited-run of DB4 GTs? Not a bit of it – Aston knows there’s the demand, so is going to build the cars, plain and simple. Hurrah. DB4 GTs for all of us! Well not quite. Only 25 are going to be made, and with each one being hand-built by Aston Martin Works at Newport Pagnell, such labours of love won’t be cheap. Especially when you’re not just buying a car, but a two-year international track driving programme too – these continuation cars are track-only models and Aston rather wants you to use them there. Not up to scratch? You can have training from the likes of Aston Martin Racing’s multiple Le Mans class winner Darren Turner. Arrive (probably by charter, if not, then definitely first class), drive, go away again feeling like a boss. 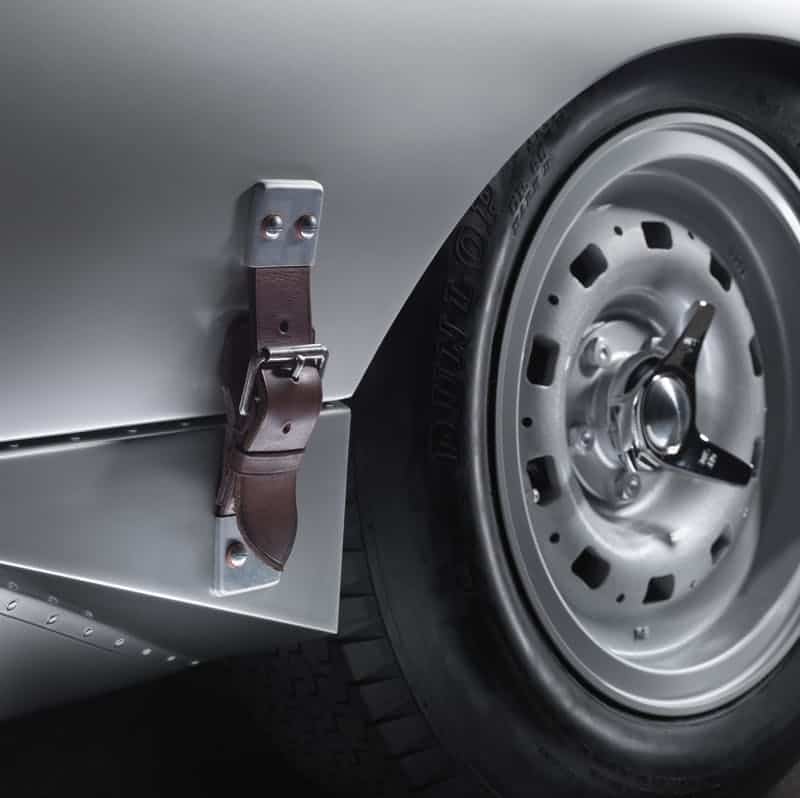 As for the car itself… Well beauty is guaranteed as Aston isn’t messing around with the basic, beautiful shape. The GT version of the DB4 was launched back in 1959, with a shorter wheelbase (taking it down from four to two seats) and a more powerful version of the 3.7-litre straight-six engine, with 340bhp punted to the rear wheels through a four-speed manual ‘box and limited-slip diff. Stirling Moss (he wasn’t a ‘Sir’ back then) scored a debut race victory at Silverstone, and a total of 75 GTs were built by ’63. Eight of those were ‘lightweight’ specials (now worth over £3m each) and it’s those cars’ specs Aston is now copying. With one or two modern tweaks. Aston promises ‘improvements in engine performance, handling, braking and safety, with great care taken to ensure these enhancements build upon the original’s exceptional qualities while retaining its feel and character.’ The aluminium panels, for instance, will use modern digital tech to ensure accuracy, before they’re hand finished and fitted over the tubular frame. And the VIN numbers will carry on from the last original DB4 GT ordered (chassis 0202R, if you’re interested) for what Aston declares is ‘an unbroken bloodline’. Leaving aside the intervening 58 years… 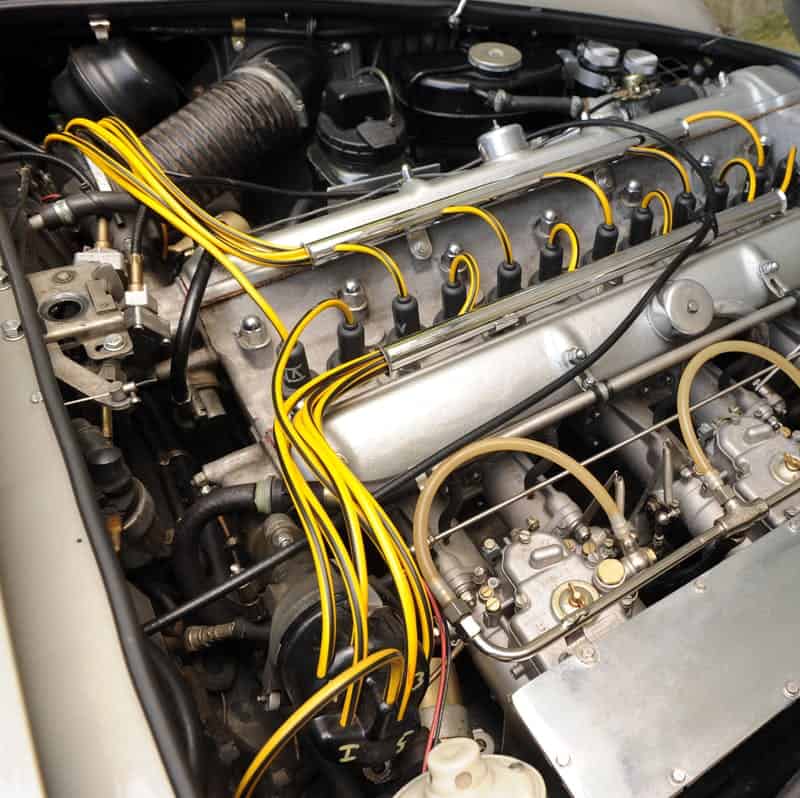 Not 57? No, because the first prototype won’t be ready until the spring, and the first car reaches a customer in autumn 2017. (The car in our pictures is an original, because we’d thought you’d like to gawp at it). Each DB4 GT will be constructed at Aston Martin Works in Newport Pagnell, Aston’s spiritual home, and it’ll be the first car built there since the Vanquish S in 2007. 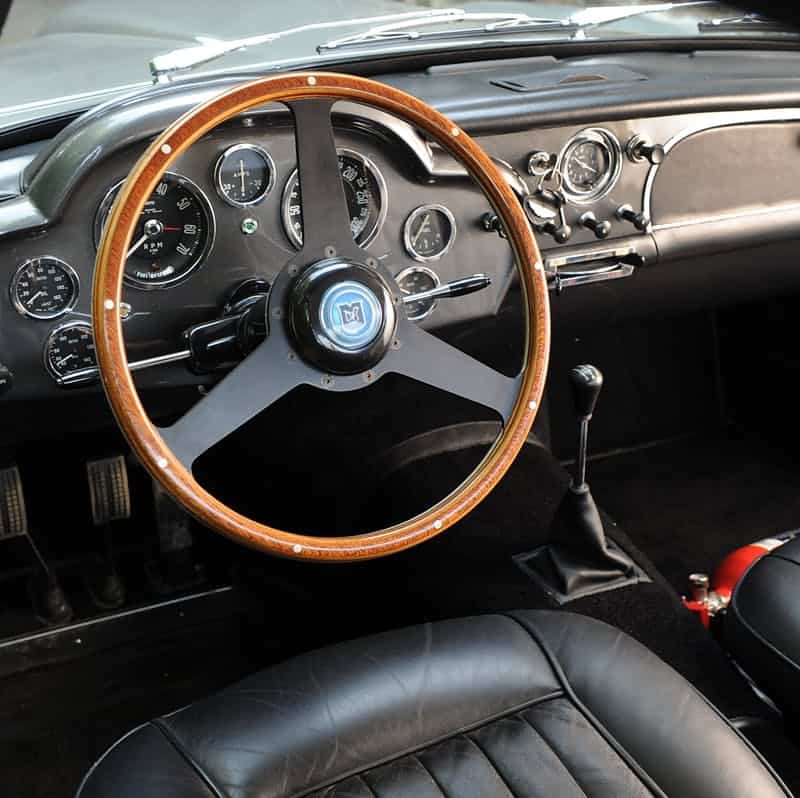 You might not like the idea of a classic built to modern-day standards, but the originals really are now too valuable to drive in anger, or at all. Yup, Aston will make some easy money out of these, but if giving the world 25 DB4 GTs is the result – and would you bet against other continuation cars in the future? – then we’re all for it. In short, we’d have one, to sit alongside a Vulcan, for the ultimate two-car (track) garage. Now, lucky numbers, please, please come up… 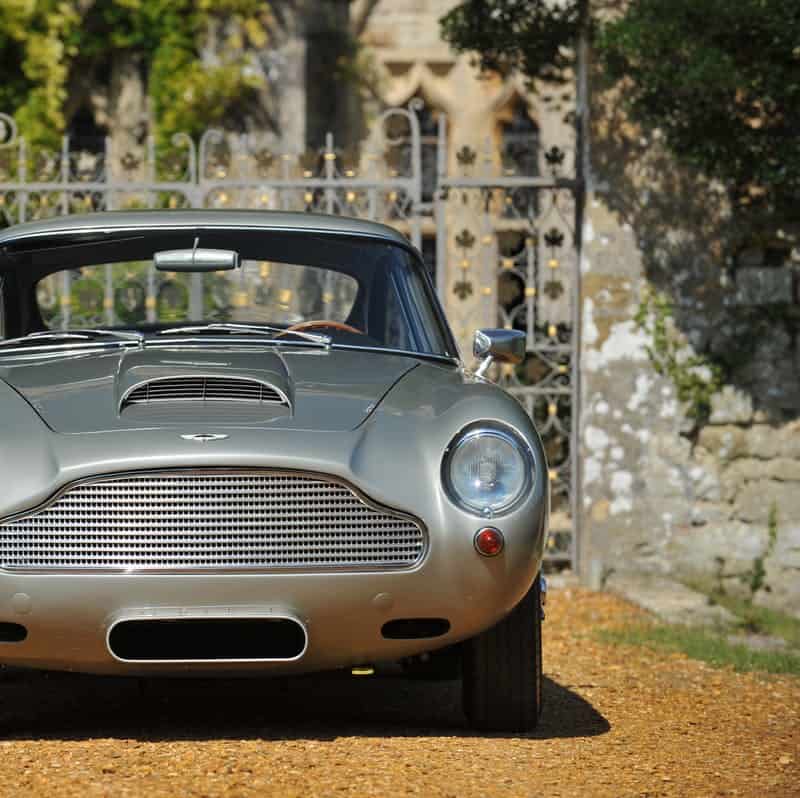 All information and credits for this blog is from. https://drivetribe.com 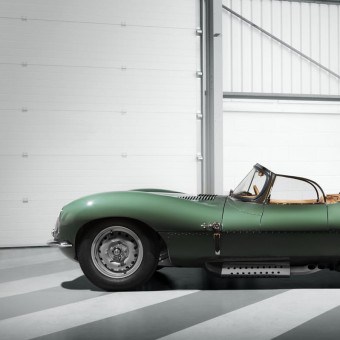 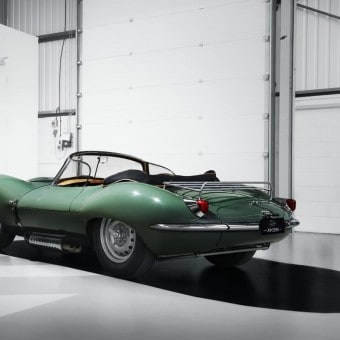 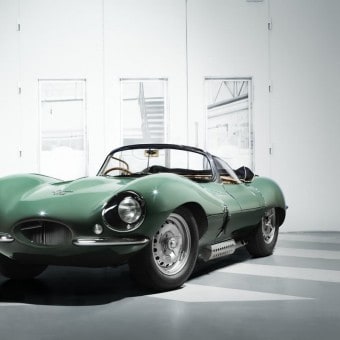 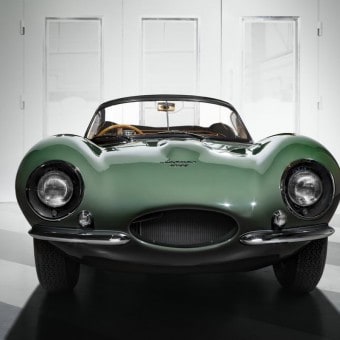