So sad to hear the news of my hero Russ Collins passing away, I was gobsmacked when I heard ten minutes ago, this guy was an icon of mine and many around the world, he may be gone but NEVER forgotten. RIP Russ!

If you are into CB750 Honda’s, then you would of heard of Russ Collins.

Russ Collins was one of the leading motorcycle drag racers and drag bike builders of the 1960s and ‘70s.

He was a hero of mine and got to see that bike run over in the UK, and now there is a documentary about him and of course the Sorcerer triple engined CB750 SOHC Drag bike, that is now going to be restored.

Born in New Jersey 1939, he was into anything mechanical and his interest in cars lead him to be an accomplished car mechanic and a body man, he later get into trucking business and drove around the country. He fell in love with California and moved there.

He became a shop manager and a mechanic in motorcycle dealerships. While there, Honda unveiled the revolutionary CB750 Four and he got one to play with.
Collins built a four-into-one exhaust system that a lot of Honda owners wanted, so in 1970 he quit his job at the motorcycle dealership and opened RC Engineering, which later became a leading maker of racing fuel-injection systems for Japanese-made sports cars. 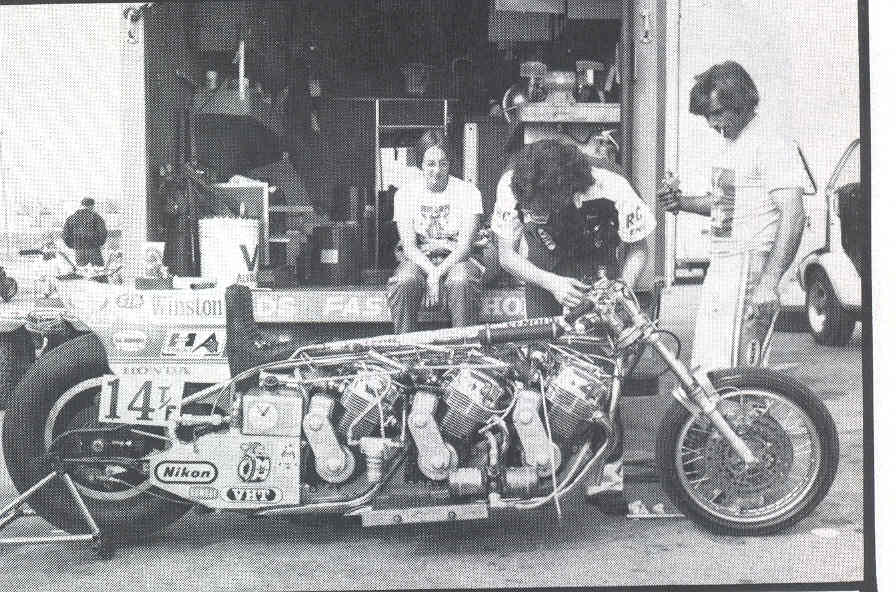 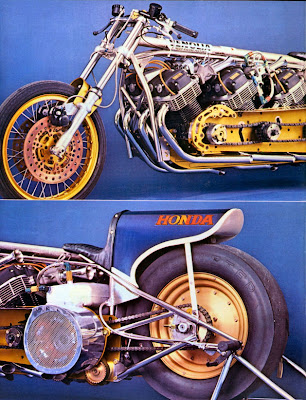 him most is that he was radical in the drag racing scene; he was racing the new Japanese machines while everyone was on the normal British or American-made drag bike of the time. Collins also showed up in sporting colorful red, white and blue leathers when everyone was in all black leather suits.

He built “Assassin”, a fuel injected, supercharged 400hp CB750 and kicked ass in smaller class. so decided to compete in Top Fuel and had some success. But the biggest problem he faced in Top Fuel was a huge displacement disadvantage compared to the big Harley-Davidsons and Triumphs.

He decided to put 3 CB750 engines together. The machine, he named “Atchison, Topeka & Santa Fe “– named in honor of the famous railroad line of the late 1800s. The three-engine Honda was featured in bunch of motorcycle and drag racing publications and was probably the most famous drag bike of the 1970s. The Atchison, Topeka & Santa Fe set numerous records and Collins rode it to the first seven-second quarter-mile turned on a motorcycle in Ontario, California, in 1973. It even became the first motorcycle to win NHRA’s coveted “Best Engineered Car” award at the Springnationals in 1973

Check out this awesome page below. 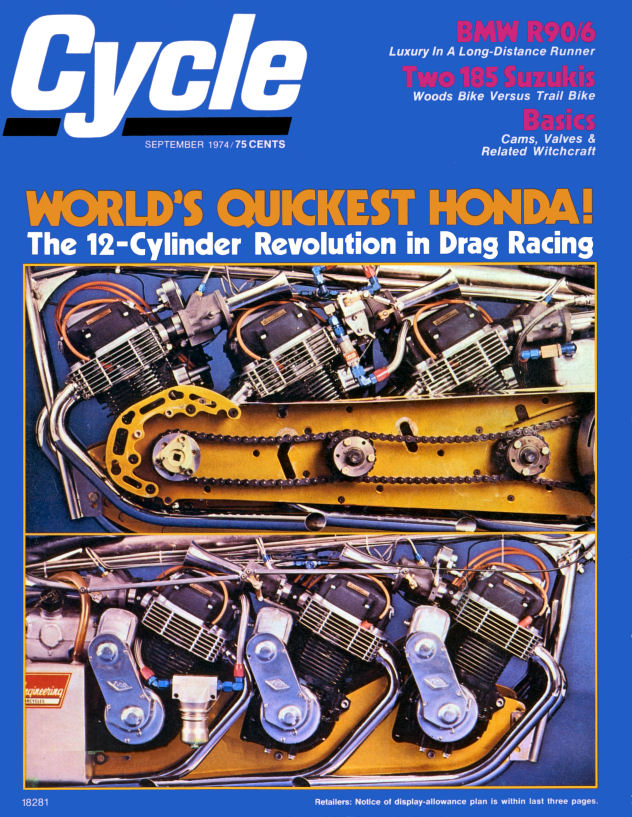 The bike was so powerful and heavy that it proved to be very hard to control and in 1976 the Atchison, Topeka & Santa Fe was destroyed in a horrendous accident in Akron, Ohio. The crash nearly killed Collins and put him in the hospital. He must have realized how ridiculous the bike was, so petitioned for banning 3 engine drag racers. But as a true grease monkey, while recuperating, he dreamed up V8 engine out of four cylinder Honda motors. 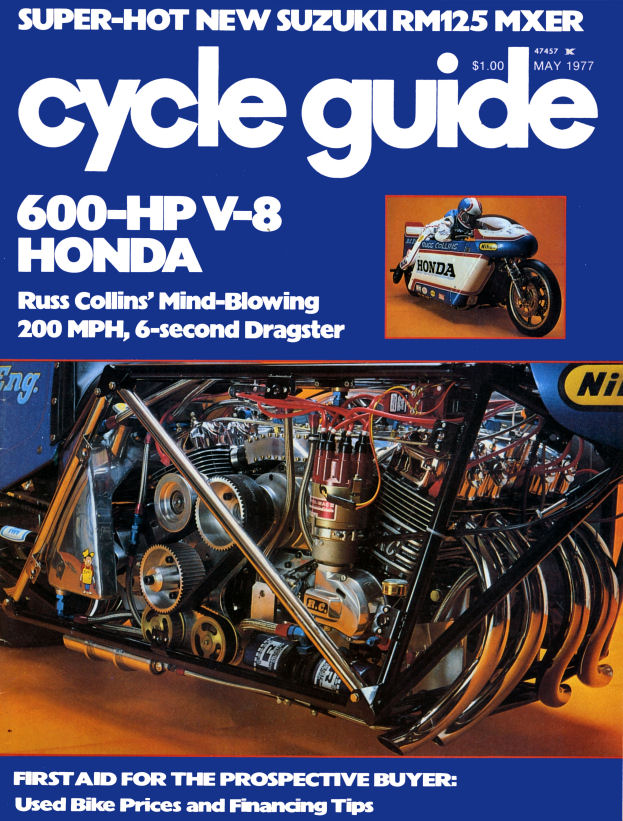 The bike he named “the Sorcerer” featured dual Honda 1,000cc engines. This bike won a second “Best Engineered” award for RC Engineering and proved to be the fastest motorcycle ever built by the company. Collins ran a record-setting 7.30 second/199.55 mph run on the Sorcerer. That record stood for an astonishing 11 years. Collin still lives in LA area and runs the RC engineering and was inducted in AMA Motorcycle of Hall of fame in 1999. 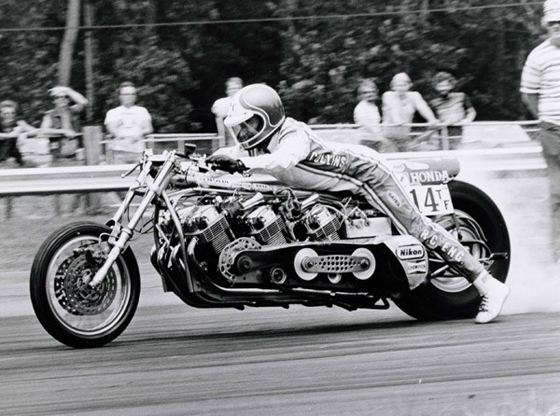 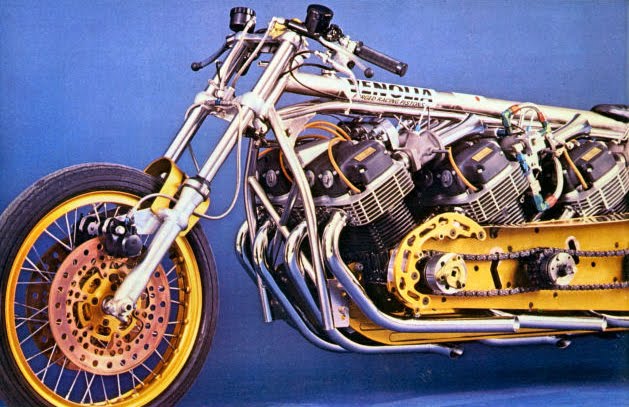 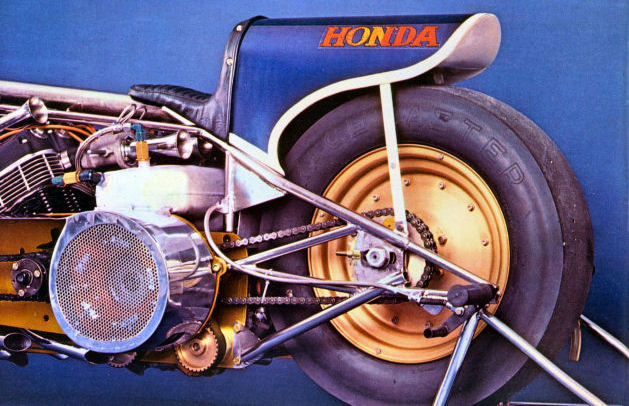 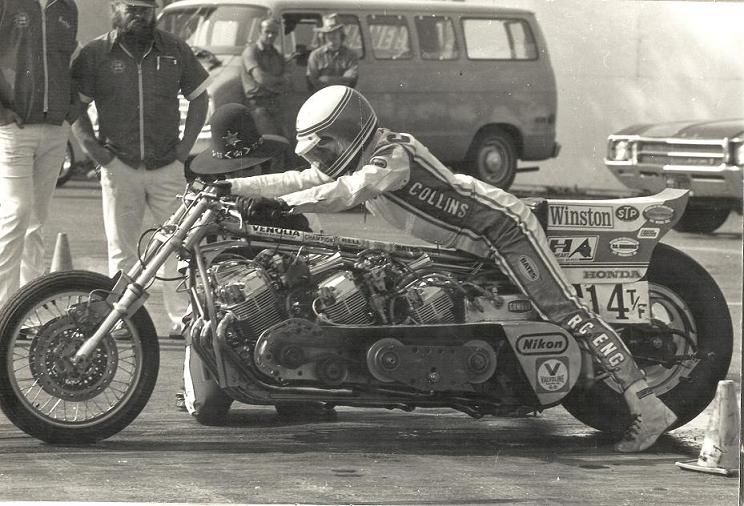 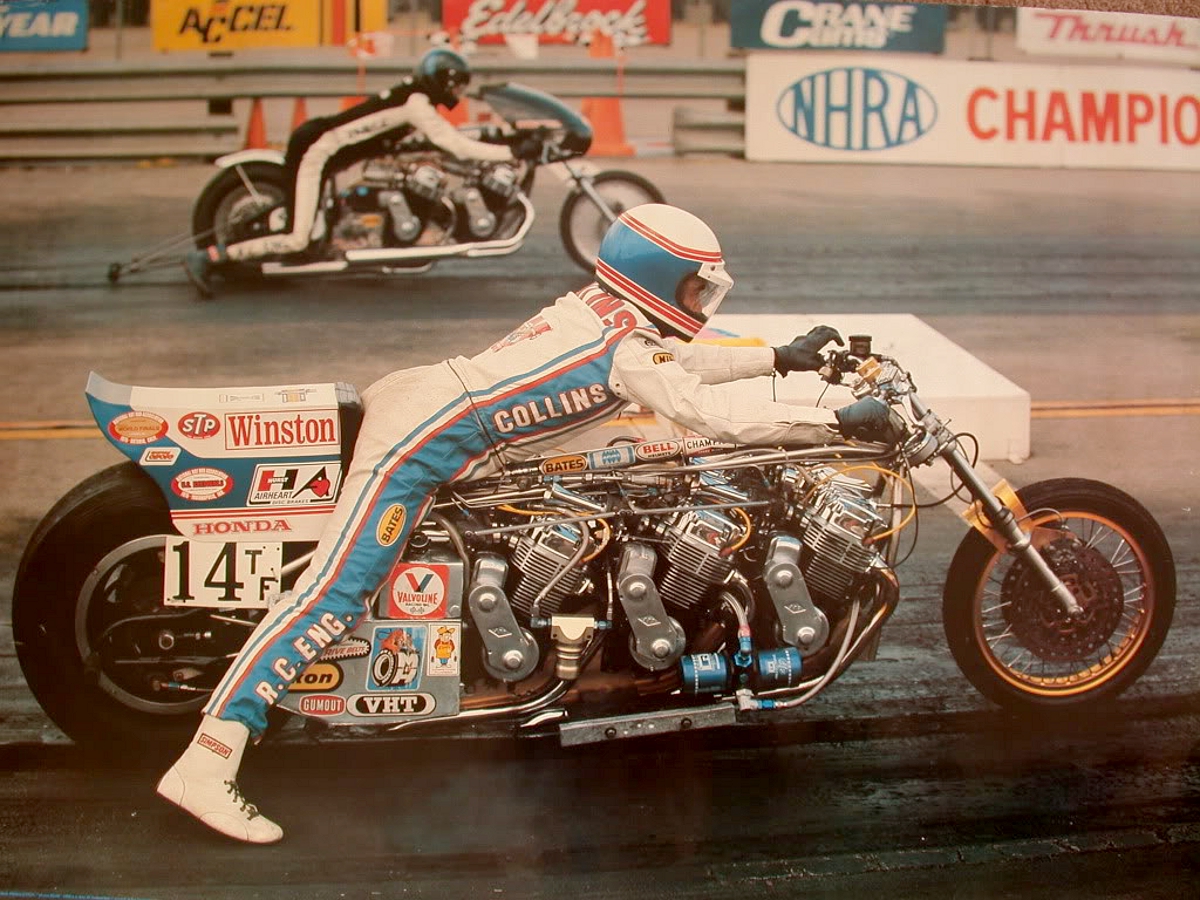 I have never met Russ Collins but seeing as he is not too far from me, I am going to phone him and ask if I can at least say hello. 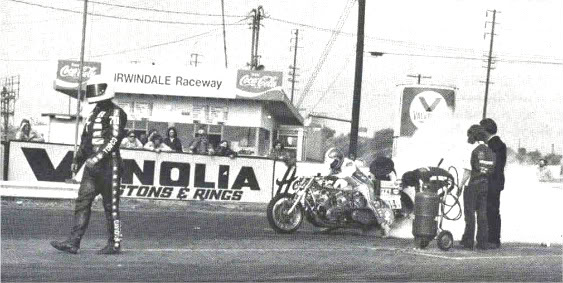 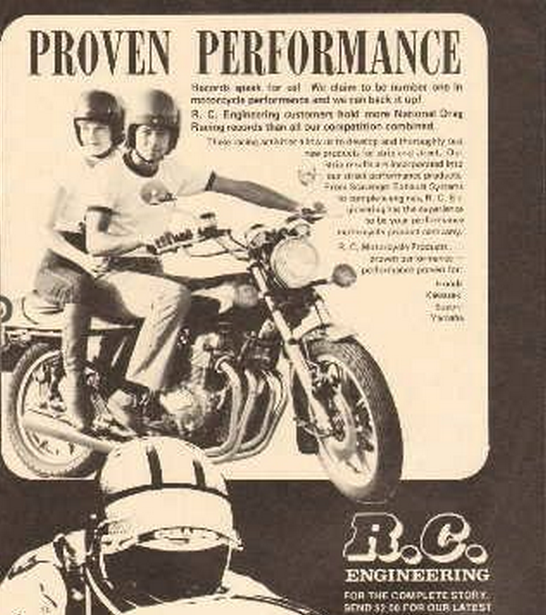 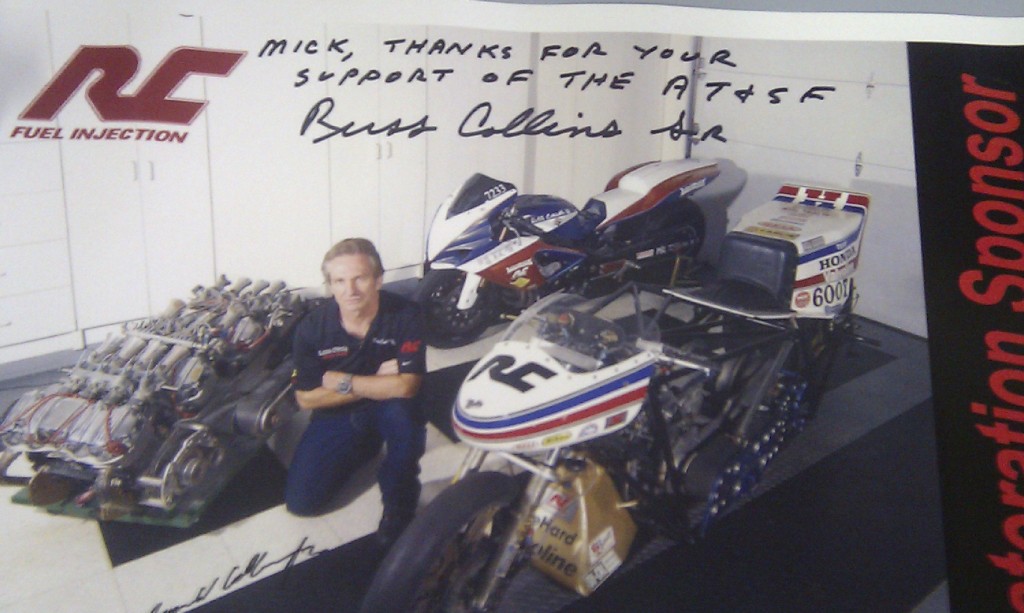