When I was a kid, me and my brother would sometimes if we were lucky, get to see a Speedway meet, as we were then on the East Coast of the UK, the nearest place were the Ipswich Witches and the Fenn tigers. The old man would want to go and drag us out in his old 1961 Ford consul and we would get to the track in plenty of time for the races, cold and wet sometimes, but the action was the best way to warm up, the smell of Castrol R was in the air and the aroma of Tea and popcorn would hang for hours.

We were Teenagers and anything that got us out of the house was a bonus but, speedway was a great action sport to watch as a spectator. 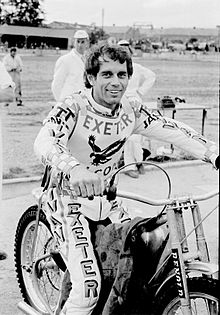 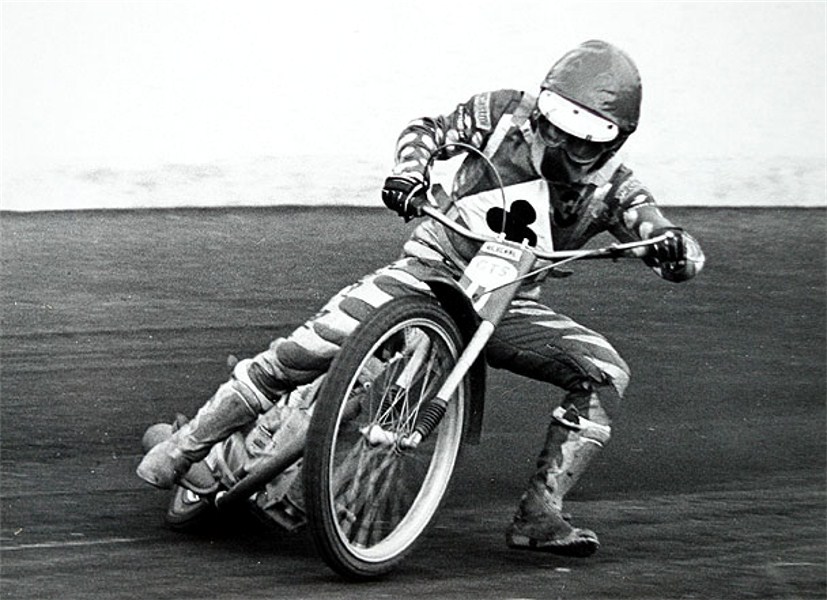 The fun with 2 wheeled sport has always been in mine and my brothers blood, my brother was more into the dirt bikes, but both of us could never afford anything and the old man was too busy spending his hard earn cash on god knows what as we got hardly anything, so I believe that’s why I have a passion with old bikes as i always had hand me downs and so did my brother Mick, I guess it made us a stronger character and learned to use what you have at hand to the best advantage you can.

When I got to 16 years old, I was fortunate enough to wangle a little bit of work for then then World Champion John Louis at his John louis Racing shop in Bury St Edmunds, as thats where I used to attend king Edward V1 Grammer School.

So, to be able to sit at a machine on a Saturday and help make sprockets was enthralling, but now I live in the states, I go to the local track in Costa mesa but the track is so tiny compared to the big European track, it makes watching it more fun as the corners are way tighter.

I just wanted to add some information on the British Champion who dominated the sport until Ivan Mauger came along and then Californian Bruce Penhall, as this is a fun sport that does not get any recognition that it should do. Ipswich born Louis started his motorcycling career in scrambling and was tempted to have a go at speedway when Ipswich re-opened in 1969. He made his debut in 1970 and by the following year topped the national Second Division averages. In 1972 Ipswich gained admission to the top flight by purchasing West Ham’s licence and Louis spearheaded the Witches team, making his World Final debut at London‘s Wembley Stadium in 1972, finishing in 5th place.

Louis finished fourth at the 1974 World Final at the Ullevi Stadium in Gothenburg, Sweden and improved to third in the 1975 World Final at Wembley and was part of the Great Britain Speedway World Team Cup winning teams of 1972 and 1973 and England’s 1974 and 1975 teams

So, this weekend, we shall be at Costa Mesa on a Saturday night enjoying speedway at its very best. 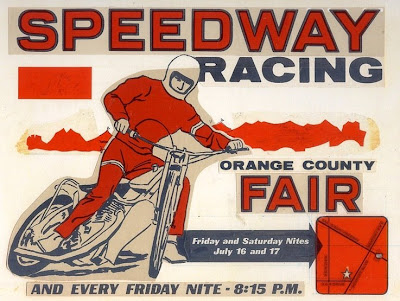 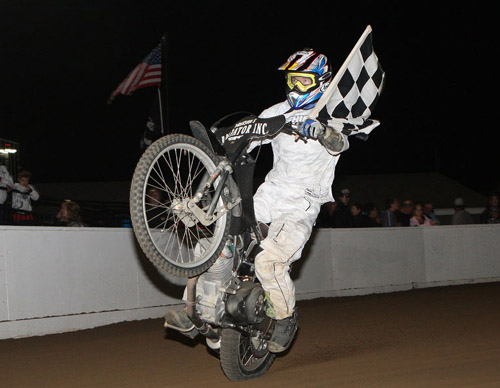