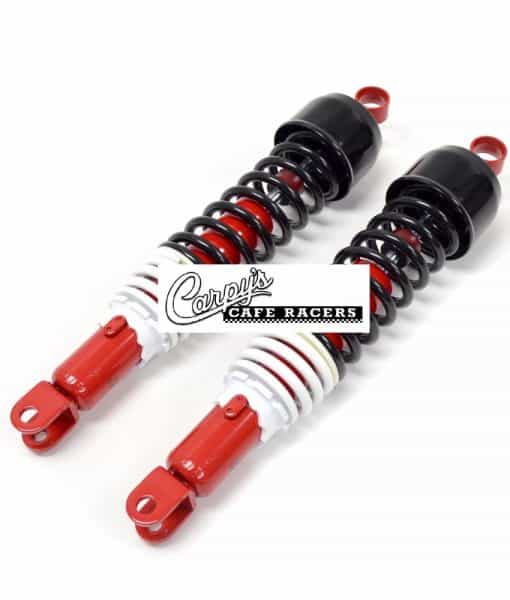 Here we are with a cool set of 365 mm eye to eye (14 inches) Shock Absorbers that are a Three color design and very universal for many Motorcycle applications.

These are a Closed to Open clevis and are great for the HONDA CB models, and of course, really reasonably priced to change the look stance and comfort of your rode

Whether you are creating a full Cafe Racer, Custom, Tracker, Drag Bike or Brat style machine, these are a great set of shocks to get you on your way.

They are affordable and ready to go from the day you get them, have a look and see what you see but these can be used on anything really from 500 CB honda up to CB900F if you so wish.

Being just over 14 inches eye to eye these will raise the rear if you have a longer inside leg, these are the ride heights that I always use .

Have a look and see what you think, make an affordable gift for the gear head in your family too. 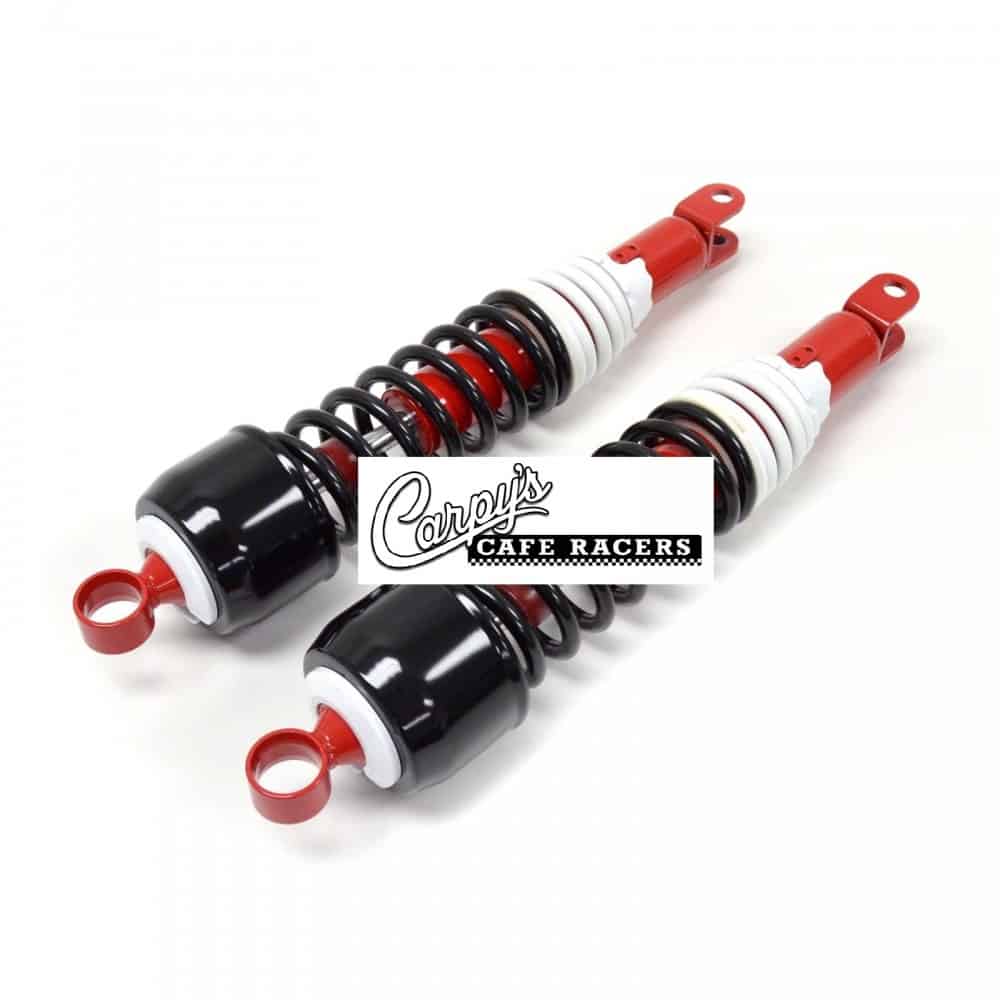 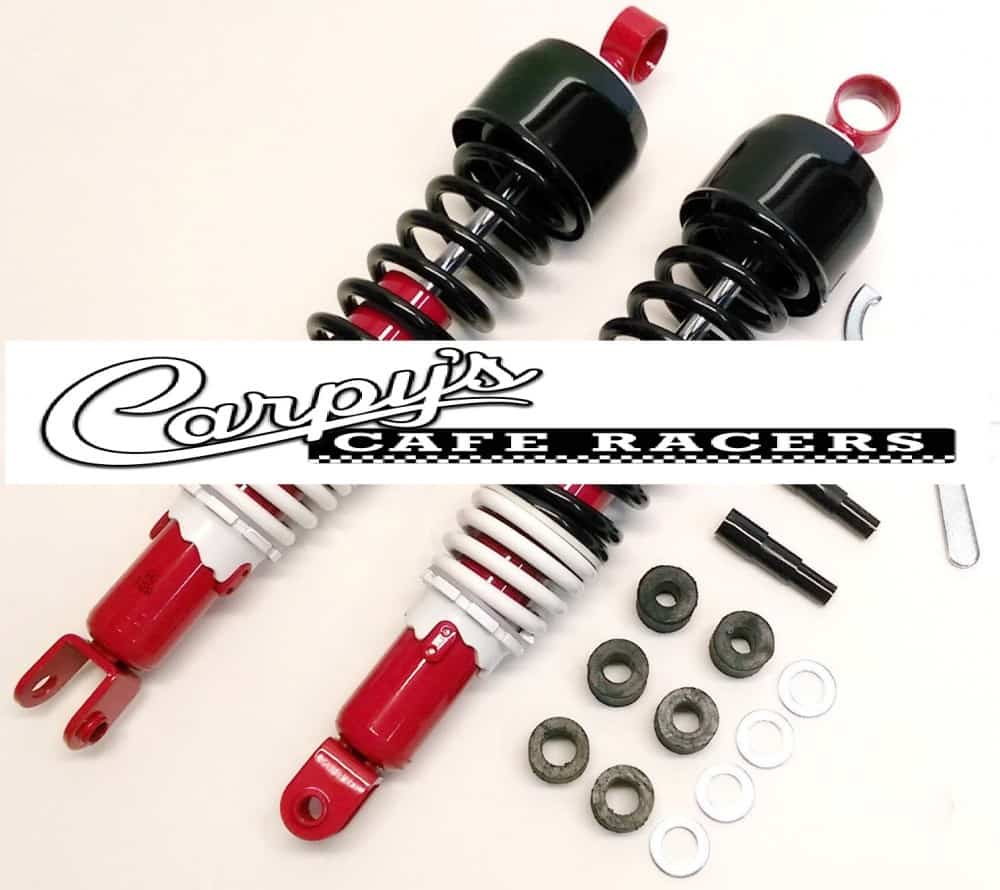 We ship to over 60 different countries, and most orders, domestic or international, ship out the very same day.