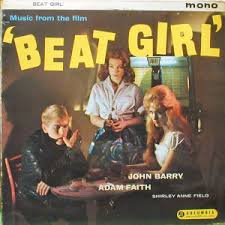 OK, it is almost the weekend, I have some bikes in a Commercial coming up this weekend and I thought that I would add a movie that was an iconic film for its day. Adam Faith was a cool cat back in the day and thought that I would put the whole movie on and you can watch it at your own convenience.

:images are from internet

A Classic that you may enjoy. 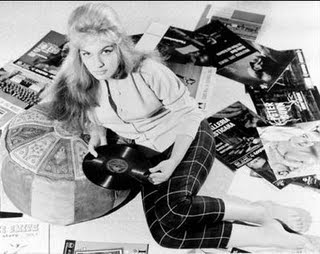 but Jennifer appears less than happy about her father’s remarriage and coldly rejects all of Nichole’s friendly overtures all evening. After Paul and Nichole go to bed, Jennifer sneaks out to the local beatnik club for an evening of rock music and dancing with her friends, including Dave (Adam Faith), a youth from a working-class background who plays guitar and writes songs; 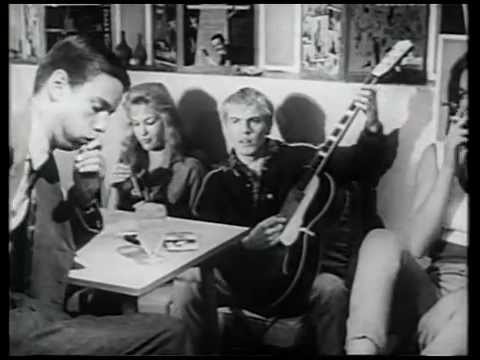 Tony (Peter McEnery) , a general’s son whose mother was killed in the Blitz and who has a drinking problem, although beatniks frown on alcohol; and Dodo (Shirley Anne Field), Tony’s well-bred girlfriend. Dave and Jennifer are attracted to each other. The next day Nichole plans to meet Jennifer at her art college so they can have lunch together. At lunchtime, Nichole arrives at Jennifer’s school but is told that Jennifer has left and gone to the beatnik coffee club in Soho. Nichole goes to the club and confronts Jennifer in front of her friends, who are impressed by Nichole’s youth, good looks and knowledge of modern jazz. The fact that her friends and especially Dave seem to like Nichole upsets Jennifer. Nichole leaves, reminding Jennifer to be home for her father’s important business dinner that night. As Nichole leaves, she passes Greta (Delphi Lawrence), the star performer at the strip club across the street. Greta recognizes Nichole and greets her by name, but Nichole ignores her, to Greta’s annoyance. Jennifer and her friends see this encounter and wonder how Greta and Nichole might know each other. Jennifer suspects that Nichole was also a stripper before meeting her father.

That night at Paul’s business dinner, Jennifer tries to embarrass Nichole in front of the guests by bringing up the encounter with Greta, making sure to emphasize that Greta is a stripper. After the guests leave, Paul questions Nichole, who says that she knew Greta in Paris and that they were in ballet together but Greta pursued a different way of life and Nichole lost track of her. Paul accepts her explanation, but Jennifer goes to the strip club to ask Greta directly. Greta at first claims she made a mistake and doesn’t really know Nichole, but under pressure from her boyfriend, strip club manager Kenny King (Christopher Lee), she reveals that she and Nichole worked together as strippers and occasional prostitutes in Paris. Jennifer, encouraged by Kenny, becomes enamored with the idea of becoming a stripper herself. Jennifer is caught by Paul and Nichole coming home from the strip club at 3 am and an angry confrontation results. Jennifer taunts Nichole by telling her she has spoken with Greta and that Nichole had better stay out of Jennifer’s life from now on or else Jennifer will tell what she knows about Nichole. Nichole visits the strip club to tell Kenny and Greta to stay away from her stepdaughter, but Kenny says that Jennifer will be welcome at the club any time and that if Nichole interferes he will tell Paul about her past. 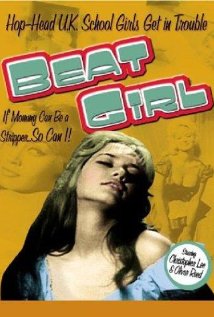 Jennifer and her friends have a wild night including dancing at a candlelit cavern, a dangerous auto race, and a game of “chicken” on railroad tracks where the last person to leave the rails before the train arrives (Jennifer) wins. Throughout the evening, Jennifer and Dave dare each other to increasingly dangerous behaviors as a way of flirting. Jennifer invites everyone to continue the party at her house, as her father is out of town and Nichole presumably won’t interfere for fear Jennifer will reveal her past. Jennifer accepts a dare to “strip like a Frenchie” and begins a strip tease to music, but when she gets down to her underwear Nichole bursts from her bedroom and stops her. Then Paul suddenly arrives home and breaks up the party, throwing all of the beatniks out of his house including Dave. Jennifer angrily tells her father about Nichole’s activities in Paris. Nichole, crying, admits it is true and explains she only did it because she was broke and hungry. Paul and Nichole profess their love for each other and reconcile.

Jennifer goes to the beat club, but now finds it boring. She walks out on her friends and meets Kenny across the street at the strip club. Kenny invites her to go to Paris with him and have him train her to be a star stripper. Greta, performing onstage, is told by stage manager Simon (Nigel Green) that Kenny plans to leave her and go off with Jennifer. Just as Kenny makes a pass at Jennifer, a woman’s hand is shown stabbing Kenny to death with a letter opener. The club staff, thinking Jennifer killed Kenny, lock her up and call the police. Jennifer screams that she didn’t do it, and the real culprit, jealous Greta, emerges from behind a curtain. Meanwhile, Dave, Tony and Dodo confront some Teddy Boys who vandalize Dave’s jalopy and smash his guitar. Paul and Nichole arrive on the scene searching for Jennifer just as the police drag her, in hysterics, out of the strip club. The police release Jennifer to Paul and Nichole and the family, arms around each other, heads for home, as Dave throws his broken guitar in a trash bin and proclaims, “Funny, only squares know where to go.”