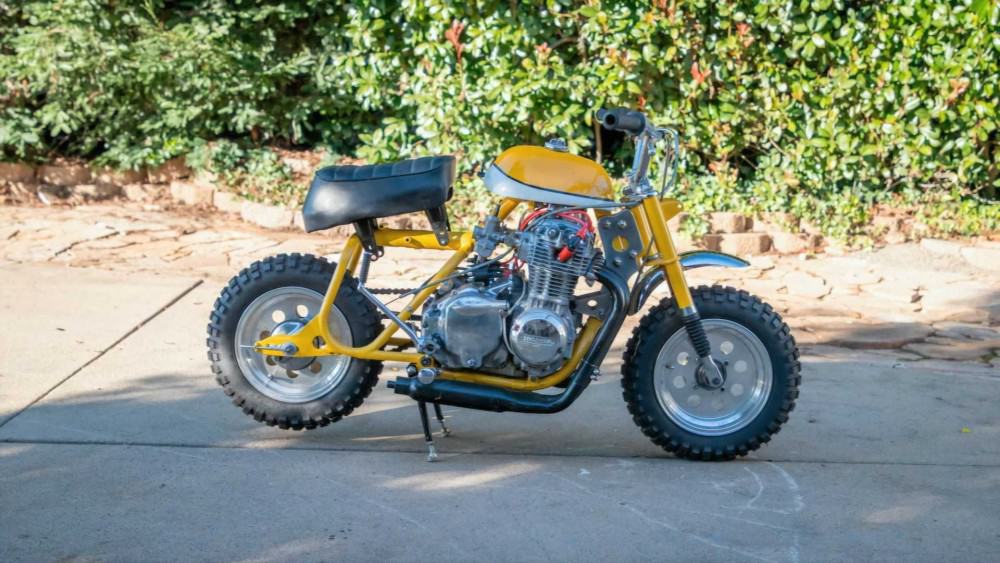 I love seeing quirky stuff as by all rights, it should not function, but here ut is none the less, and what a great littlke set up this is, I am certain we shall see many different styles popping up from all over the place but worth a look for today, cheers to Janaki Jitchotvisut for the words below: Have you ever thought to yourself how cool it would be to stuff a Honda CB350 Four engine inside a 1973 Honda Z50 Mini Trail bike? Even if the answer is “no,” don’t worry—collector, builder, racer, and long-time Honda enthusiast Bob Guynes took it upon himself to craft exactly that combination. At Mecum Las Vegas, 2022, a number of bikes from Guynes’ collection crossed the auction block at no reserve and sold, including this not-so-mini minimoto. From the factory, the Z50 produced an eye-watering 2.5 horsepower from its tiny little single-cylinder engine. Guynes loved building bikes, and decided that simply wasn’t enough. Could he fit Honda’s tiniest little inline four engine into that frame? Apparently, he made it work—adding additional downtubes, custom motor mounts, and making that engine a stressed member for this heckin chonker of a minibike. We can’t tell you how it rides, but it does at least look pretty fantastic. 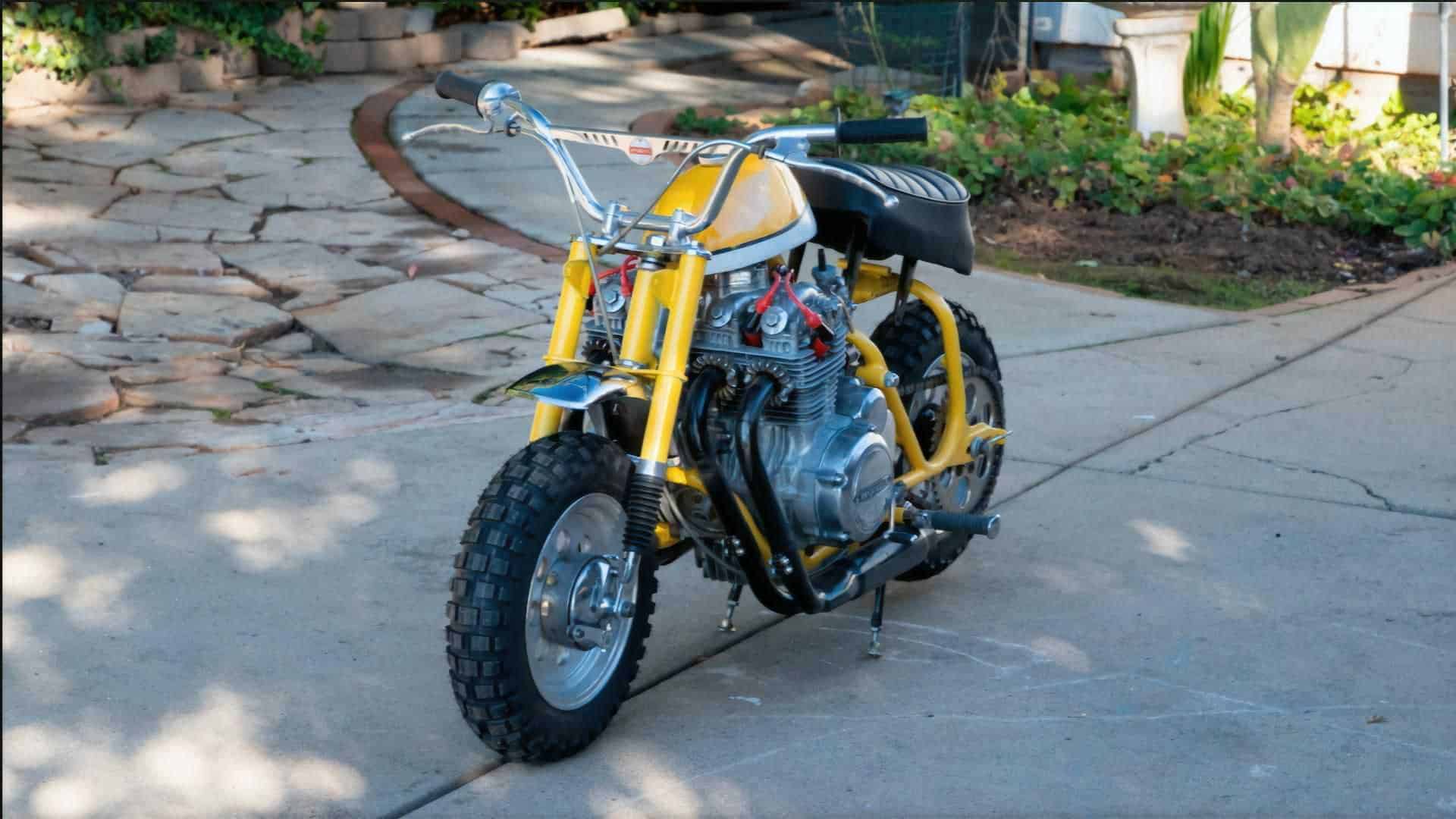 It’s also not clear what kind of power this particular custom Z50 makes. A stock CB350F made a claimed 34 horsepower at 10,000 rpm at the rear wheel, but Guynes was well-known for tuning any bikes he got his hands on so the true power is unknown. This bike is listed as having sold at Mecum Las Vegas 2022, so we can hope that perhaps the new owner will dyno it and post those numbers somewhere (or, you know, write to us about it). We can always live in hope, right? Other customizations include a dual carburetor setup to make things a little simpler, as well as a four-into-two exhaust setup. Stock Z50 elements include that adorable little peanut of a fuel tank, as well as the saddle and wheels. Tommaselli Cross handlebars give the front a more serious look, and there’s an adjustable center stand to make life easier. According to the listing, it “needs sorting,” although it’s not entirely clear exactly what that means. Details suggest that it could be made road-legal with installation of things like turn signals and lights, but it’s unclear if additional work needs to be done just to make this bike ridable in general. Here’s hoping it’s as fun to ride as it is mad to contemplate! I love the whole concept, here at Carpy’s Garage we hope to make a few Hybrids and showcase them on here but I just love this little terrorizing machine and, if you give this Monkey bike no respect, when you pull that throttle, it can spit you off and then beat the crap out of you for not believing in it. This little Whiz Bang of a Motorcycle is just pure fun to look at, let alone have a blast down the back roads, scaring all and sundry. I love the whole concept and its as mad as a box of frogs, thank you for making my day and I am sure many people have little Motors like this sat in there workshop collecting dust? So have a look what’s in your shed, garage or even storage, you may have some spare time on your hands with this crappy Pandemic, what better way than to cobble something head turning in the free time you have a home?