Our shop Fabricator and general run around guy went away to Las Vegas Drag strip over the weekend, whilst I was away too at the Barber Motorsports museum in Alabama. 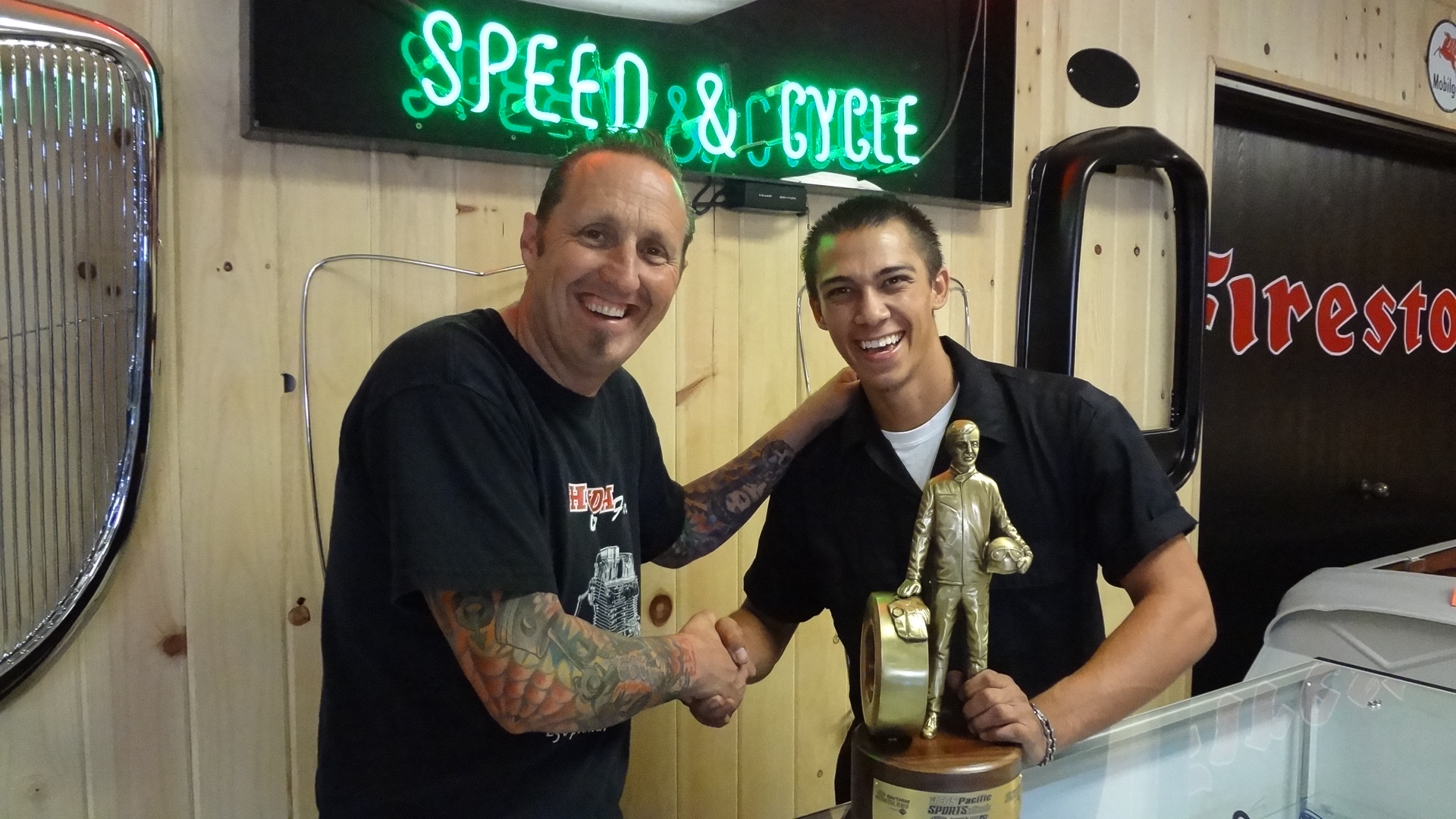 Dakota rides a Kawasaki 1400 and he kicked some major butt and won the Wally parks ( WALLY ) trophy. 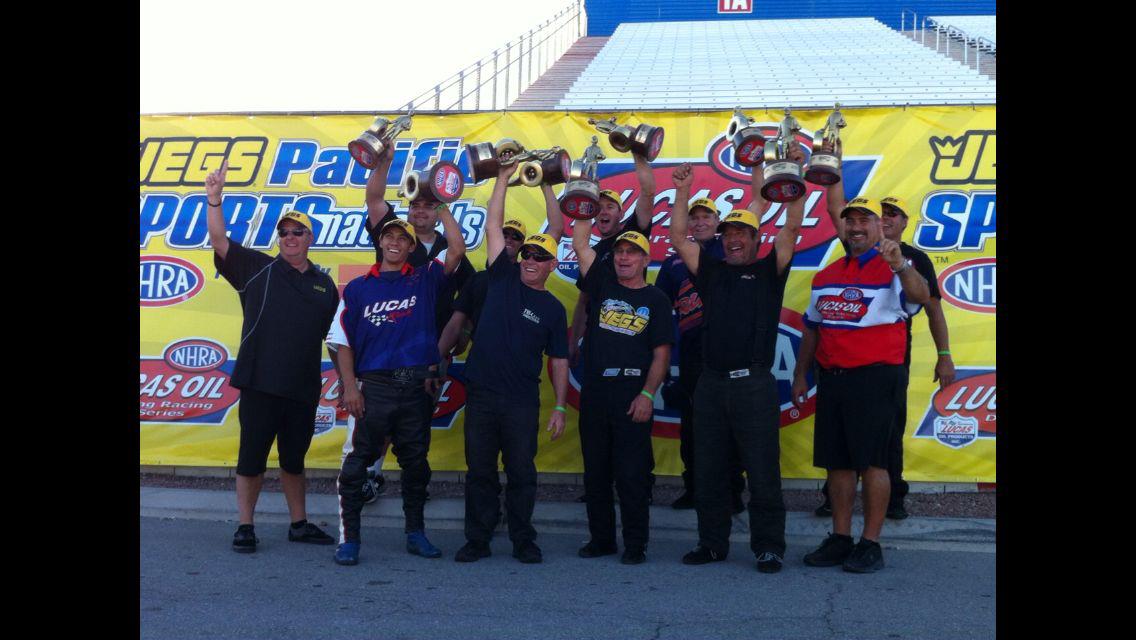 My Lad in the shop only goes away on the weekend and becomes the 2012 Sportsman Motorcycle Champion at Las Vegas, what a great kid, I am so stoked for him.

he is only Just 18 years old and boy can he tear it up on the 1/4 mile and I wanted to share this with everyone on the internet, I love this kid as if he were my own, he is the lad I wished I could of been and that’s no joke, he has determination, skill and patience and if I had a hat on right now, I would tip it in his General direction.

What an achievement at any time, but especially being the age he is and I am more stoked than a steam trains boiler. 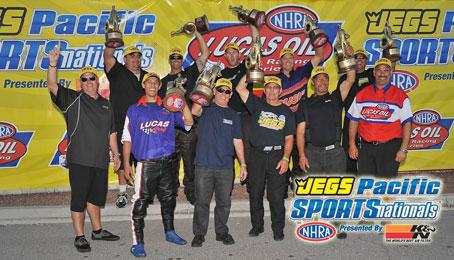 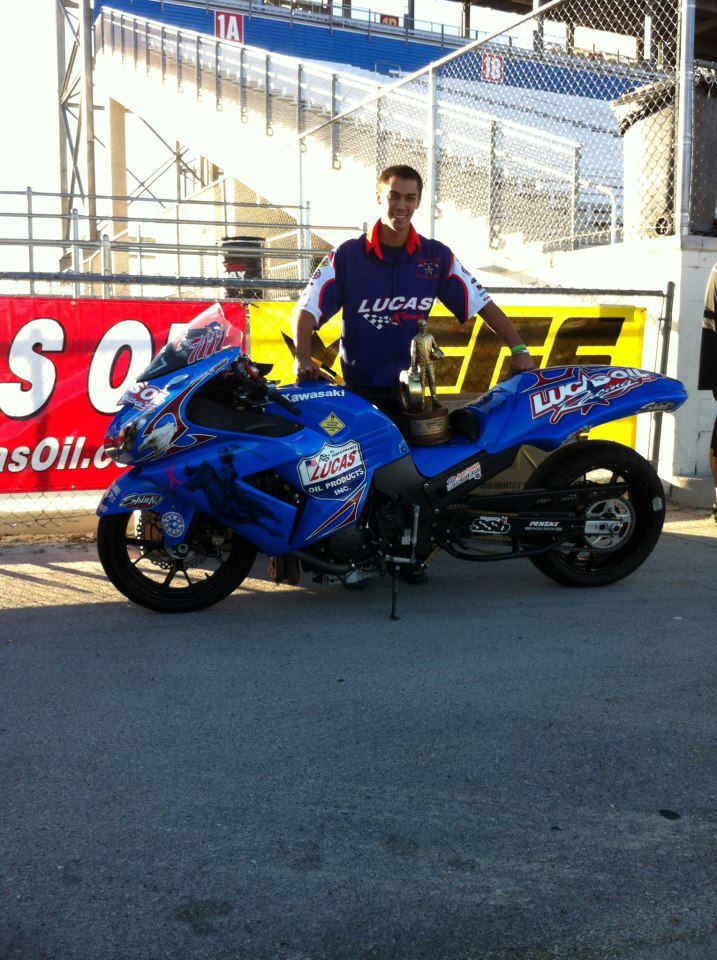 LAS VEGAS – Nearly 400 of the best racers from the western United States converged on The Strip at Las Vegas Motor Speedway this weekend for the JEGS NHRA Pacific SPORTSnationals presented by K&N Filters, where nine champions were crowned today in a winner’s circle celebration. 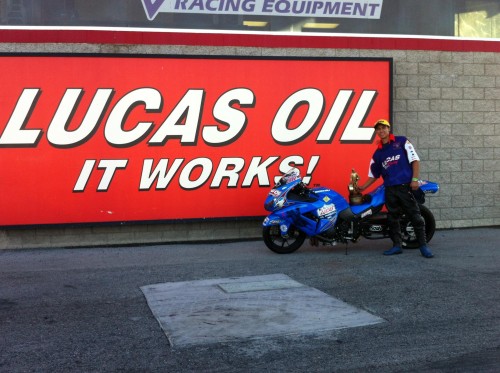 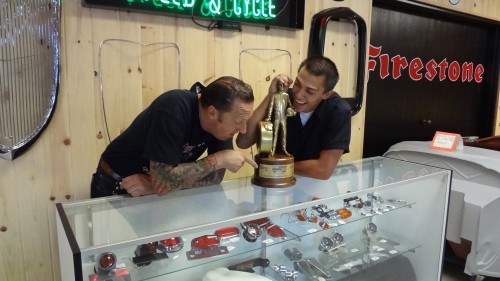 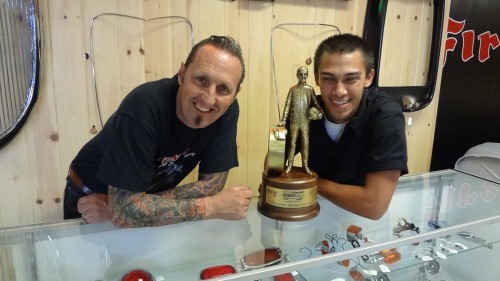 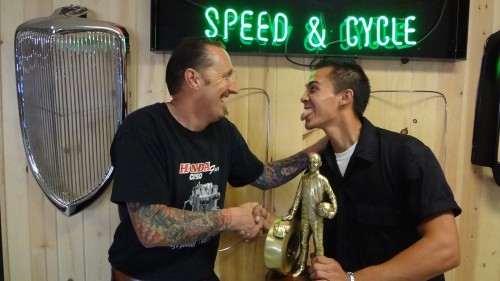 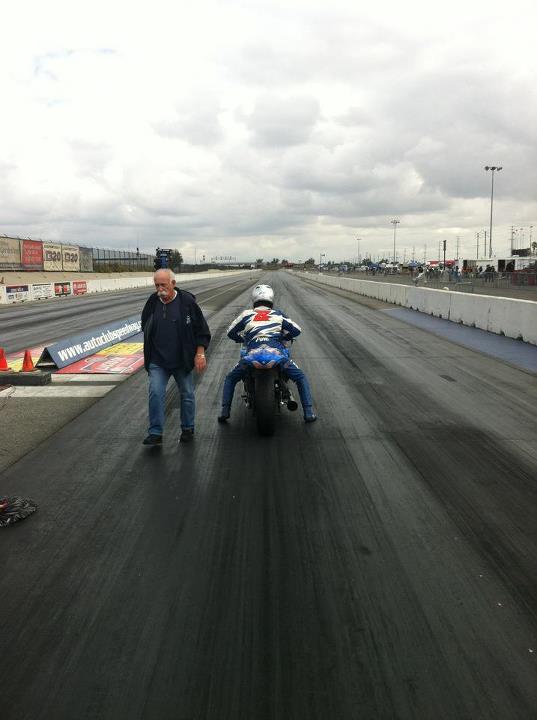 Also, check Dakota out, they filmed him at his school, we needs kids in the USA to be as focused as they are here in La Mirada.