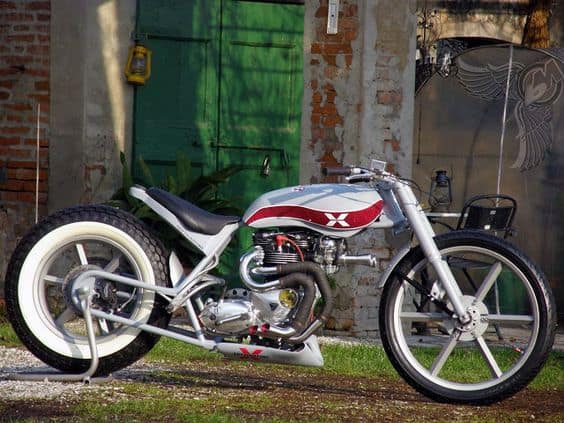 Roberto Totti of Bologna is one of Italy’s most prolific custom bike builders, and he’s been getting a lot of attention lately on the interwebs. One of his latest motorcycles is the 1508 Hot Rod, inspired by American custom cars from the 1960s. (The 1508 comes from the date the frame was built, 15 August.) The 750cc engine comes from a Triumph T120, with the head apparently turned 180 degrees to maintain pressure in the carburettors. 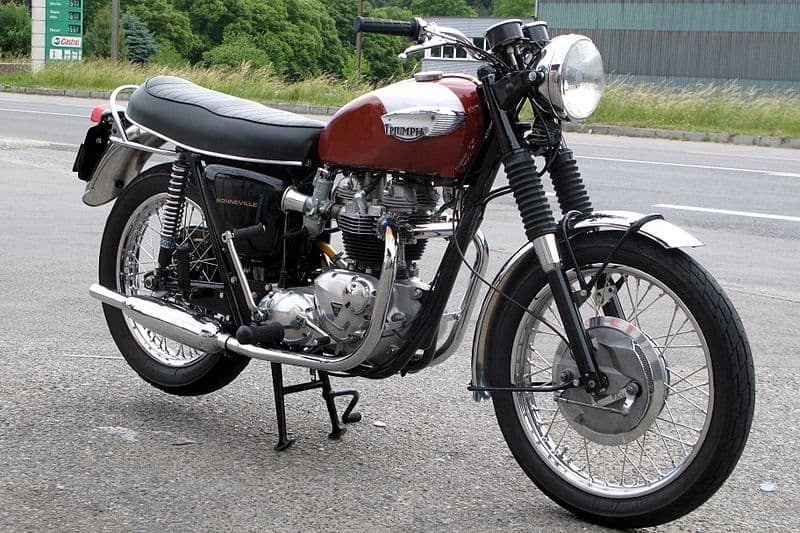 The Bonneville T120 was Edward Turner’s last production design at Triumph (in retirement Turner designed the Triumph Bandit/BSA Fury which did not pass the prototype stage before BSA went under). The new motorcycle was conceived and developed so quickly that it was not included in the 1959 Triumph catalogue. With a 649 cc (39.6 cu in) parallel-twin (two-cylinder) engine the T120 was based on the Triumph Tiger T110 and was fitted with the Tiger’s optional twin 1 3/16 in Amal monobloc carburettors as standard, along with that model’s high-performance inlet camshaft. Launched in 1959 by Triumph as “The Best Motorcycle in the World”, the Bonneville T120 was aimed mainly at the lucrative US market where enthusiasts were demanding extra performance.

Initially produced with a pre-unit construction engine which enabled the bike to achieve 115 mph (185 km/h) without further modification, the power tended to induce high speed wobbles from the single downtube frame,so in 1963 a stiffer and more compact unit construction model was introduced, with additional bracing at the steering head and swinging arm.The steering angle was altered and improved forks were fitted a couple of years later, which, together with the increased stiffness enabled overall performance to match that of the Bonneville’s rivals.

In 1967 Triumph posted its most successful year in the United States with an estimated 28,000 T120s sold,.In 1968 the T120 gained a new and more reliable ignition system. From 1971, T120 models used a new frame which contained the engine oil instead of using a separate tank (this became known as the oil in frame/’OIF’ version). A five-speed gearbox finally was fully available by 1972, but competition from larger-capacity motorcycles led to the T120 being superseded by the 750 cc Bonneville T140.

Production of the 650 continued until 1973, when the workers at Triumph’s Meriden headquarters staged a sit-in until 1975. In 1974 fewer than 1000 of the 650cc assembled machines were released by the workers, with another 38 in 1975. Production of the T120 was not resumed following the sit-in, the Meriden Motorcycle Co-Operative created after the dispute concentrating upon the 750cc twins instead. In the Harry Potter Films,on was used as Rubeus Hagrid’s’s Flying Motorbike.

This sure is a classic look yet so different to many out there. Below is yet another style. 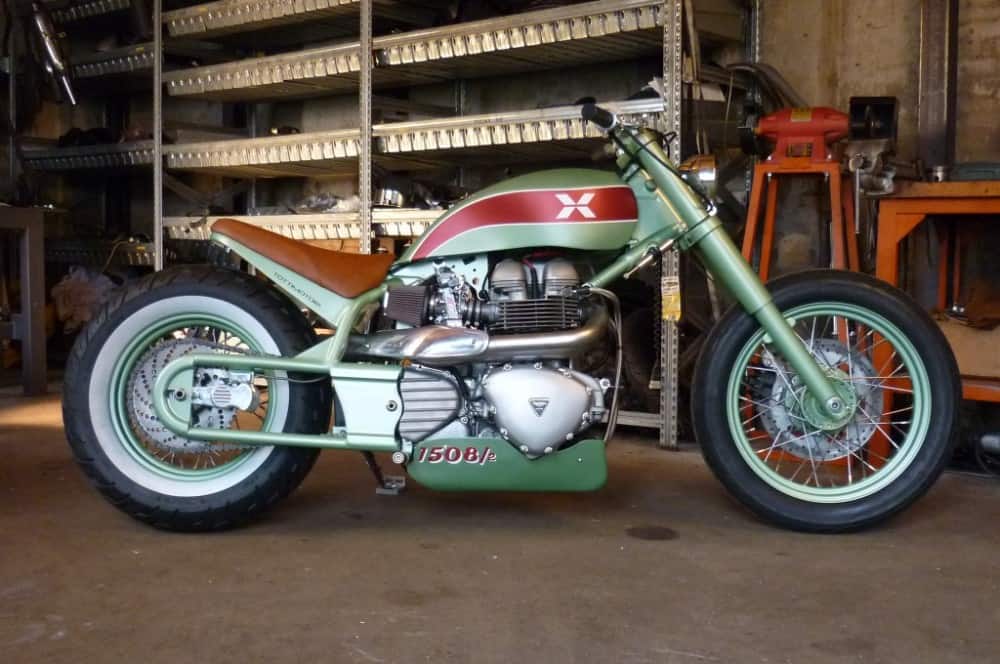 Looking forward to seeing more of his creations. 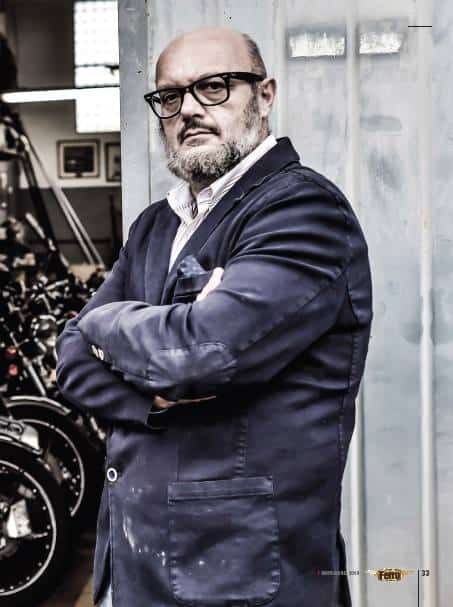