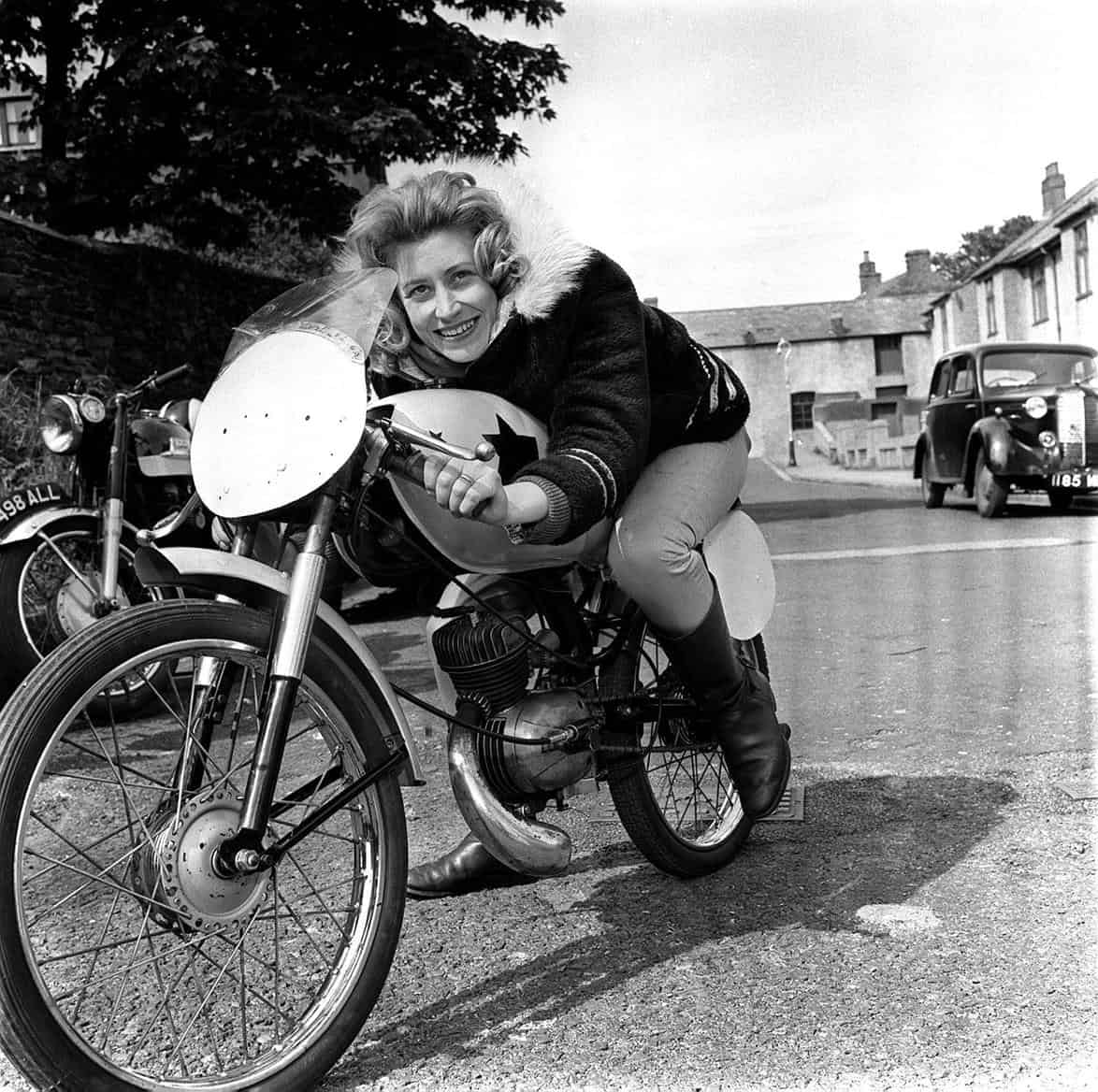 Beryl Swain: The First Woman To Compete As A Rider In The Most Dangerous Motorcycle Race In The World. 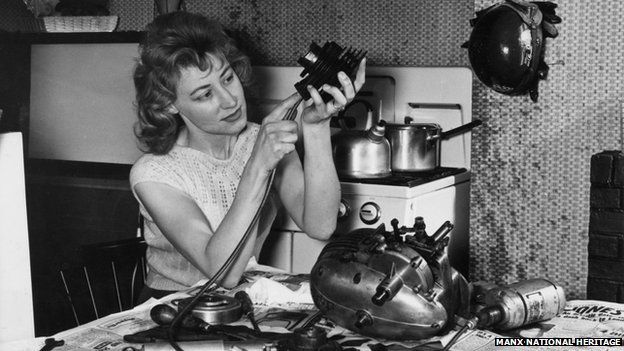 IN most peoples opinion the most dangerous motorcycle race in the world is without question, the Isle of Man TT.
Its a point to point 38 mile race that is held once a year on the public roads of a small island located in the Irish sea between England and Ireland.
The first race took place back in 1907 making it one of the longest running events as well. Its an all out sprint where riders can reach speeds well over 200mph while traveling just inches away from cobblestone fences and houses littered along the course, or I mean roads. 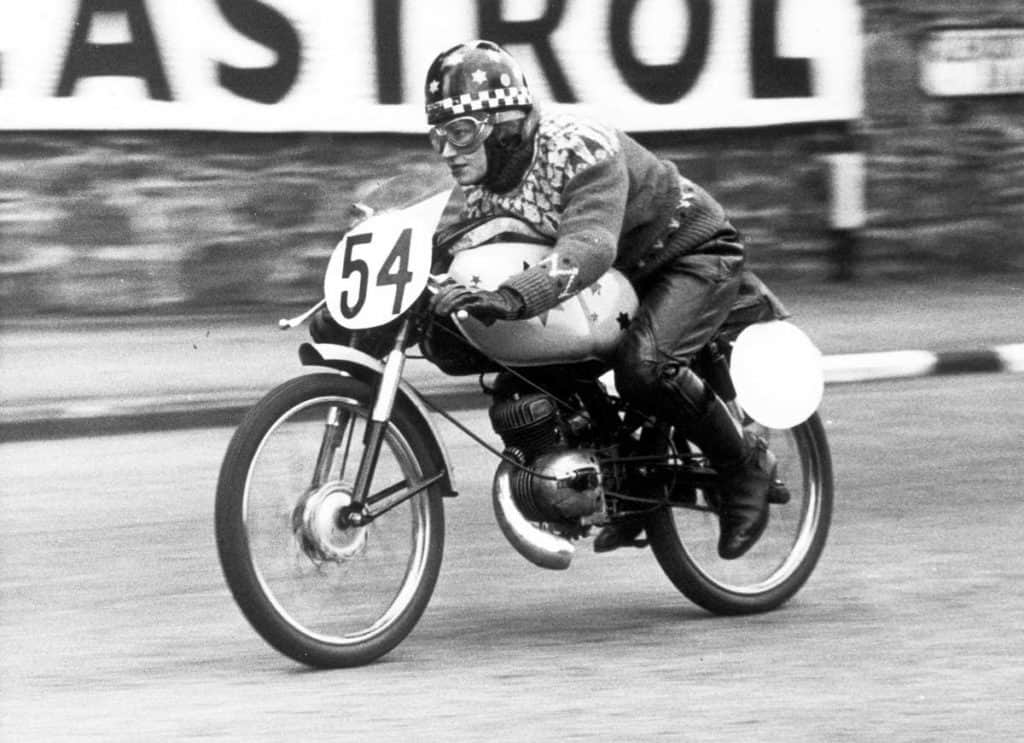 Since its debut there have been almost 250 reported casualties both from competitor to spectators lines up along the route. You can only imagine loosing control of a bike at even 100mph, its going to slide a long way and hit something hard. For a point of reference, the current record held on a bike is 16 minutes 58 seconds set by Michael Dunlop at this years running of the TT. If you average that out, its over 133 though the entire 38 mile course (well 37.73 mile to be precise)! Now don’t go thinking its virtually a straight line the entire course, there are said to be more than 200 turns, some of which sharp 90 degree turns. 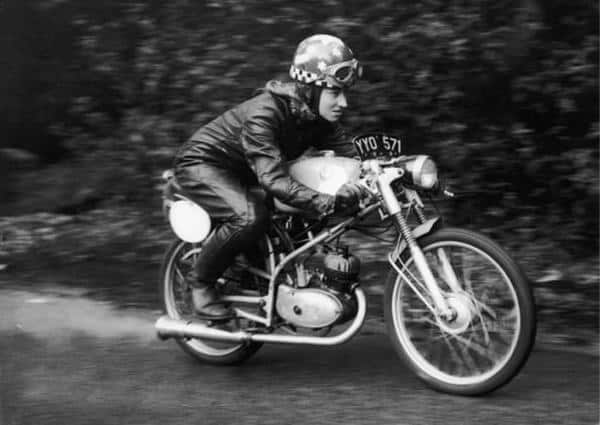 Now that we have an understanding of just how intricate and dangerous this race course is, you can better appreciate Ms. Beryl Swain. She made history by becoming the first woman to compete in the mighty TT in 1962. She wasn’t riding the powerful superbikes, instead she rode a 50cc Itom made by a small Italian manufacturer. Now the bike was highly tuned by Beryl and her husband Eddie Swain who was also an accomplished motorcycle rider. 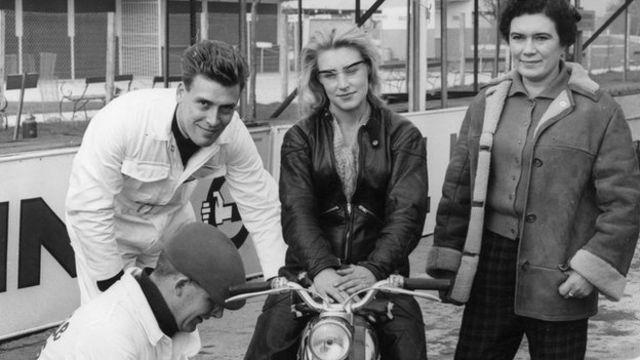 She had worked in the pits for Eddie at races since they got married in 1959. But on this momentous day, it was him that was prepping the bike for her. It was reported that Beryl was a complete natural from the first moment she threw her leg over a bike, which apparently didn’t happen until after she and Eddie got married. If that’s accurate, that would mean she would’ve had less than three years experience on the bike when she entered the TT. 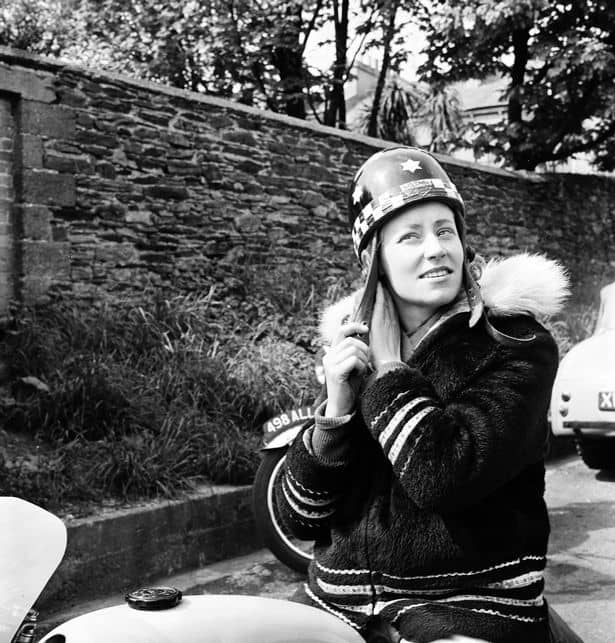 Now technically Pat Wise was the first woman to be a part of the Isle of Man in 1958 when she rode in the side car for Eric Olive. But Mrs Swain was the first to compete as a rider. Now this was during a time when men hadn’t yet realized that women secretly run the world and are not only as capable of doing almost any thing a man could do, but some things even better. (Insert sexist joke here, for example “what..laundry?) That includes Motorsports, just look at the Force girls dominating the NHRA drag racing championships. I’m getting sidetracked, Mrs Swain did exceptional well for her first time, even finishing the race which is not something that is a given. 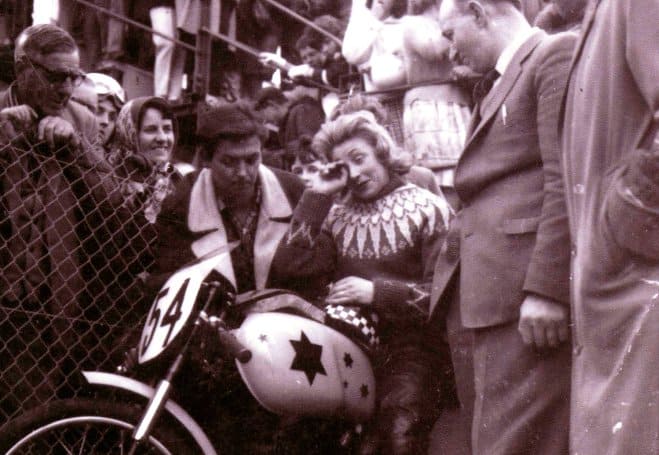 At the end of the race a reporter managed to catch up with her where she said ” my hands were frozen round the twist grip, but I was told I managed to get within three seconds of the lap record for the 50cc class”. 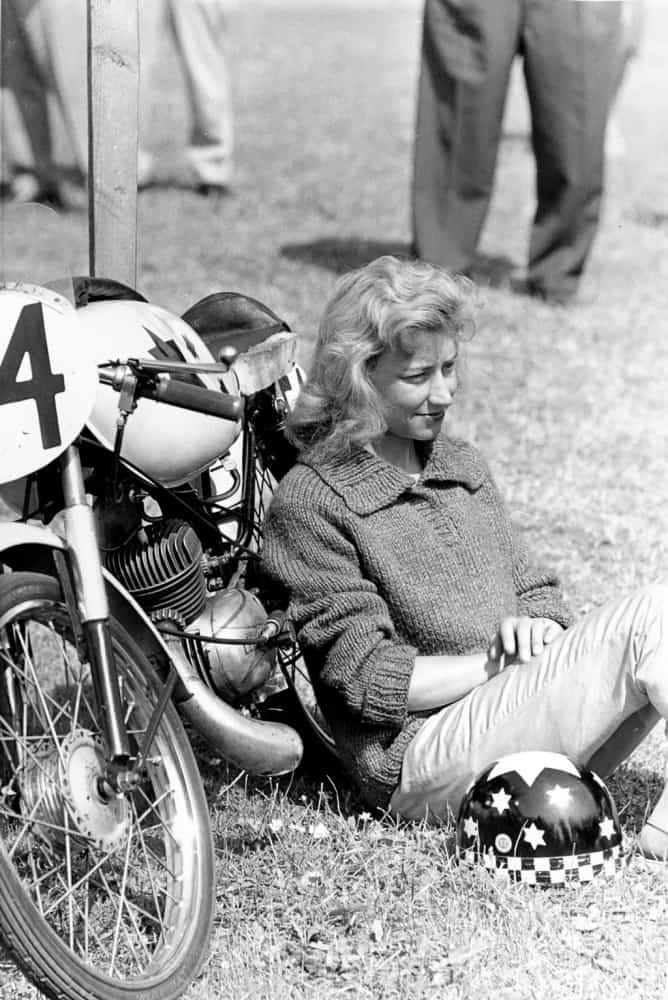 She had every intention of returning to the race the following year to increase her expertise and possibly get closer to that lap record. But unfortunately her racing licence was revoked by the International Federation of Motorcycling preventing her from being able to legally compete. It was reported the reason for the revocation was the death of a female rider would be very bad press for the event and IFM. They went on to say that having a man racer get injured or worse is one thing, but race organizers were not prepared to take the risk of something like that happening to a woman. 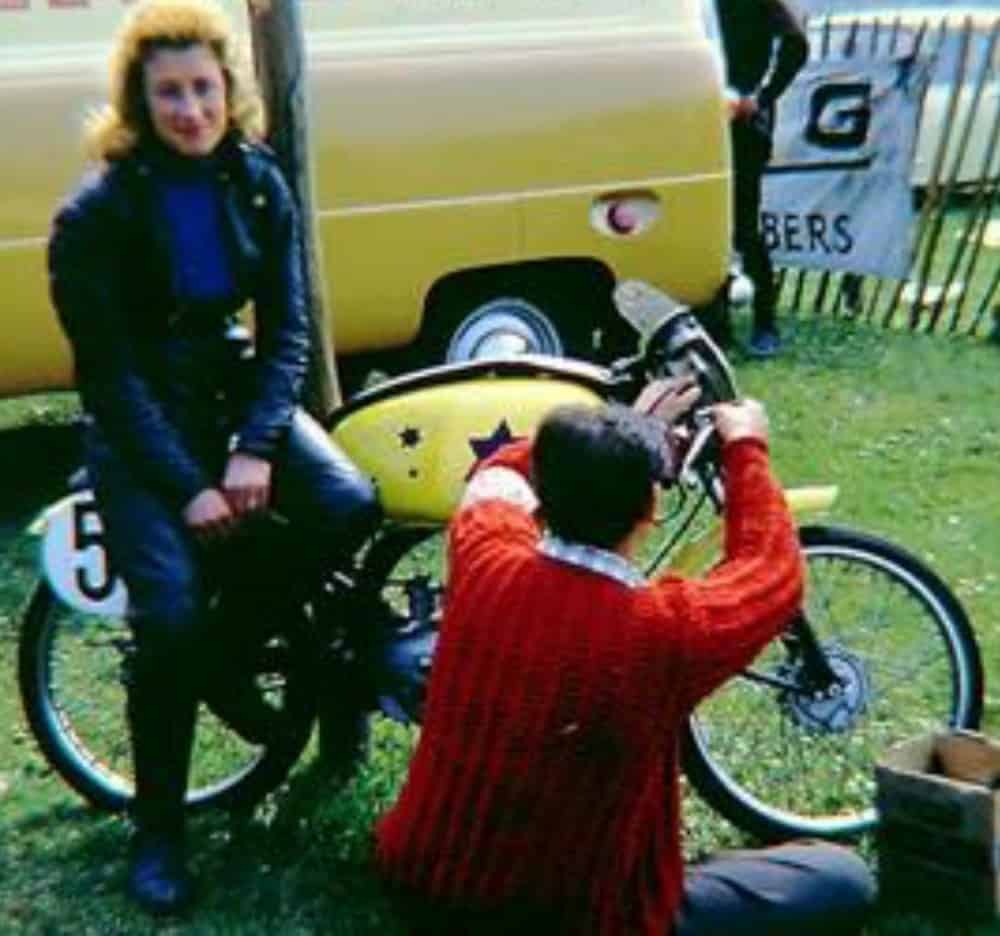 Swain campaigned with everyone she could in order to get her license reinstated, even getting the Lieutenant Governor of the Isle of Man involved.
But even with help from friends high places, as well as many other racers, she was not able to race again. It wasn’t until 1978 that another woman rider would compete on the famous TT.

Also a few years before, the Girls were Just starting to make an impression on the Race circuits. love seeing girls racing its awesome.