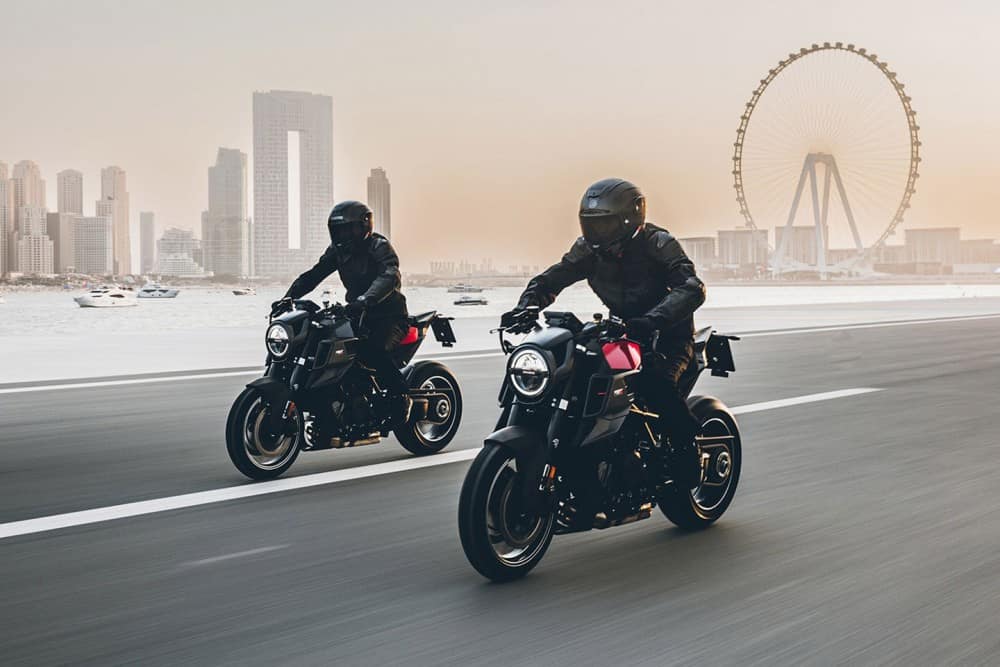 We got the scoop on the KTM Brabus 1300 R last month when the Austrian firm’s new supercar tie-in model was caught testing on the road. Now it’s official and the bike looks every inch the high-end machine that Brabus customers are used to.

You’ll have to be quick if you want one. KTM is only making 154 examples of the Brabus 1300 R, with 77 in each of the colour options of Magma Red or Signature Black. Why 77? Because Brabus was founded in 1977, specialising in creating high-end, highly-tuned Mercedes-based cars.

You don’t have to look too hard to see that the Brabus 1300 R is based on the existing KTM 1290 Super Duke, more specifically it takes elements from the range-topping Super Duke Evo and from last year’s limited-edition Super Duke RR. 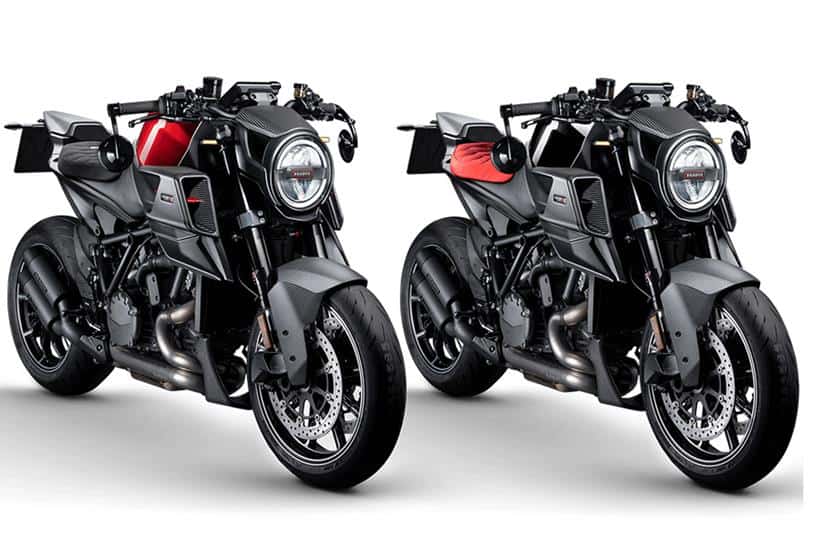 A distinctive new look is achieved by adding a Brabus-branded version of the circular headlight from Husqvarna’s Vitpilen and Svartpilen, as well as new carbon-fibre scoops either side of the steel, 16-litre fuel tank. You can see why some were fooled into thinking the spy pictures earlier this year showed a future Husky model rather than the Brabus.

Those intakes feed the same V-twin engine that’s used in the existing 1290 Super Duke, which retains identical performance figures –178bhp and 103lb.ft of torque arriving at 9500rpm and 8000rpm respectively – despite the new intakes and a bespoke, Brabus-only exhaust system with stacked silencers and a black ceramic-coated finish.

The frame is also straight from the Super Duke, but with a carbon-fibre seat unit similar to that used on the Super Duke RR, helping reduce the bike’s weight to 205kg including fuel, exactly halfway between the 210kg Evo and the 200kg RR. 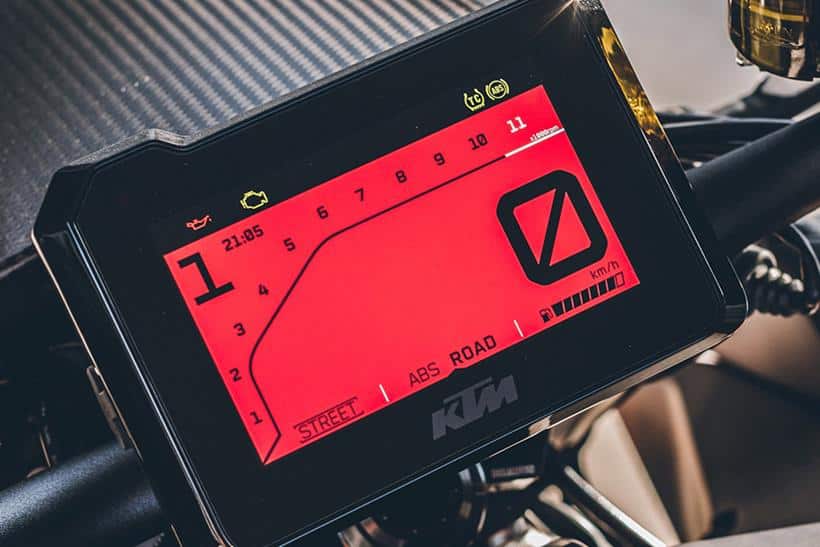 Other elements that are purpose-made for the Brabus 1300 R include the ‘Monoblock Z’ nine-spoke wheels, reflecting a design used on many of the firm’s cars, which are fitted with the same Bridgestone S22 tires used on the Super Duke Evo, 120/70-17 at the front and 200/55-17 at the rear. Unique Brabus-branded Gilles footpegs and Magura HC1 levers, both CNC-machined, also distinguish the new model, as does a special start-up screen on the TFT dash display.

The switchable riding modes are similar to the Super Duke RR’s, including Track and Performance modes as well as Rain, Street and Sport settings. The bike also benefits from the Super Duke Evo’s semi-active WP Apex SAT forks and shock, with ‘Suspension Pro’ to automatically detect load and set the rear preload to suit, with three heights – Low, Standard or High – for the rider to choose from via the dash. 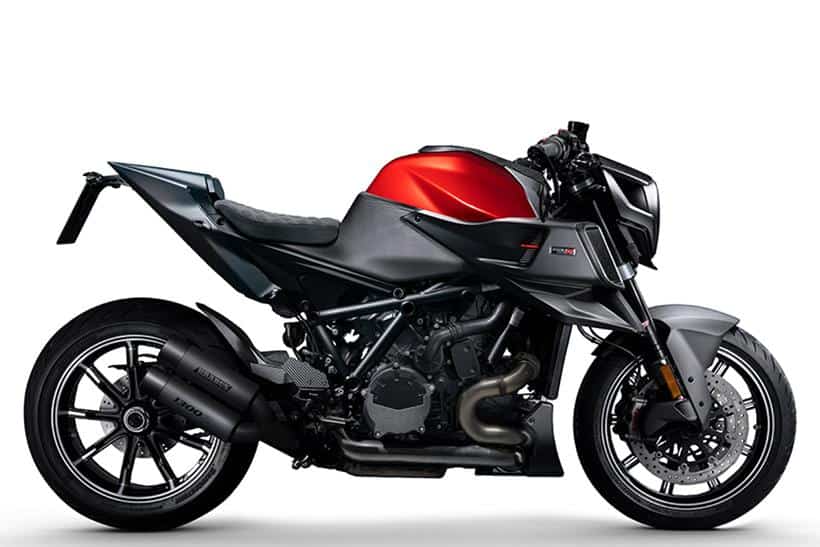 Other settings include ‘Track’, ‘Auto’ and ‘Advanced’ modes, the last offering eight stages of selectable damper settings for the front and rear.

Those stunning looks and top-notch parts don’t come cheap, though. Brace yourself for a £34,549 hole in your bank balance if you want one! 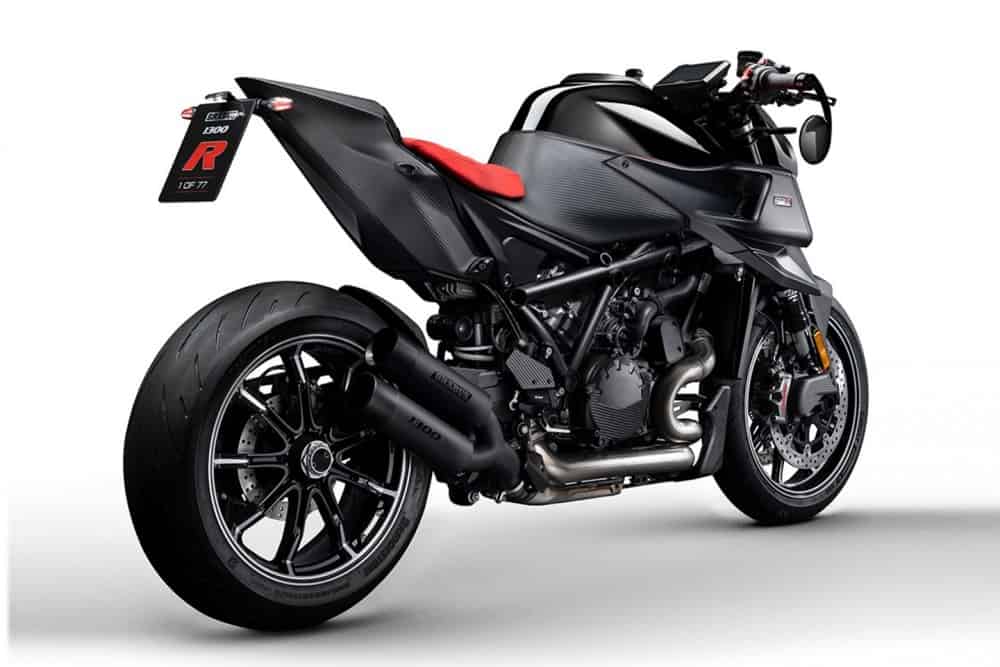