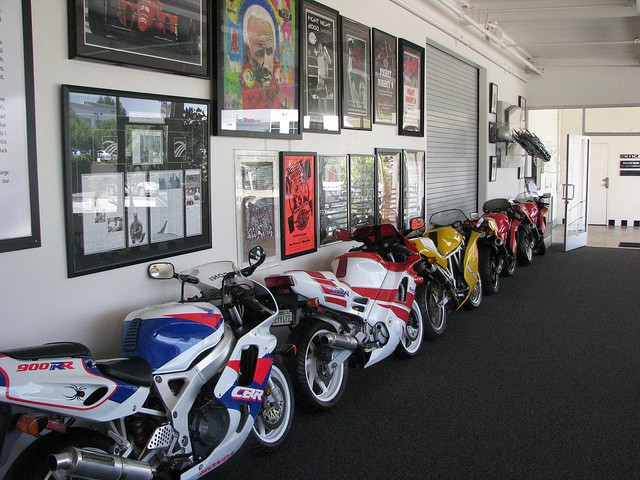 OK, if you like Super cars, Formula one racing, Vintage fire trucks or a cool fins and chrome, come out with us to a ride to the Marconi Automotive Museum this Sunday, we shall be leaving Alea’s Cafe in Anaheim at 10:00am and will ride to the Museum where we shall all take in the sights and sounds of this phenomenal collection.

Come meet us at the cafe for breakfast then take a ride to the Marconi Museum and check out every thing out, afterwards we shall be riding to Dana point if the weather is not too hot but can discuss when we meet, this is a super place to check out and we are close friends with the Marconis and they are so cool to talk too.

There is something for everyone here at the Marconi Museum and I am sure you will love it as much as I shall.

From Super cars to Big fins and chrome, you cannot go wrong with a tour around that magnificent collection of vehicles that have been Donated here.

The Marconi Automotive Museum & Foundation for Kids opened in 1994 by founder, Dick Marconi. This impressive collection features automobiles from around the world including some very rare Ferrari’s.Among the points of interest are the sapphire blue FX Ferrari, designed by Frank Williams of Formula 1 fame, Kenny Bernstein’s “Louie the lizard” Top Fuel Dragster, a Jaguar XJ220, the 53rd car Enzo Ferrari built, and many, many more.
This 30 million dollar car collection promises to delight your senses as you walk among many fantastic and rarely seen cars. Come see American muscle cars alongside a Foxfire firetruck, one of the oldest around. A minimum $5 donation goes to help children’s charities in our communit

Dick Marconi has a passion for many things in life.

When he first moved to California from Gary, Indiana, in the late 50′s, he arrived with a wife, an 18 month old son, and $500 to his name. He is passionate about health and fitness and went on to become the world’s largest manufacturer of custom made vitamins, food supplements and weight loss products. He wanted to help make people healthier and educate them on the value of nutritional supplements in their daily lives.

Dick is passionate as a collector. Over the years he has amassed a collection of over 75 cars. They range from American muscle cars to high performance streetcars such as Lamborghini’s, Porsche’s, and many Ferrari’s. His collection also documents years of open wheel racing history, including Keke Rosberg’s pink Formula Atlantic series winner, Mario Andretti’s ’94 Phoenix Oval Indy winner, and a late model F1 car driven by Michael Schumacher in his first year with Ferrari. Dick built this collection to the tune of $30 million. And then he donated it to the Marconi Foundation for Kids…because he has a passion for helping children.

In 1994 Dick purchased the museum building located in Tustin, California. It was a former salad oil manufacturing facility that had gone out of business. He took it all apart, put it back together, moved his car collection in and opened the Marconi Automotive Museum and Foundation for Kids.

In the meantime, between running a 100,000 square foot vitamin manufacturing facility and starting a non-profit car museum, he also occupied his time by participating in very competitive car racing circuits. Marconi Racing was well known in the vintage racing circles and won many a battle in the Formula Ford, Formula Atlantic, and Formula 5000 divisions. In 1994, Dick joined the SCCA and raced professionally in the Long Beach Grand Prix in a black Formula Atlantic car sponsored by Herbalife. At 57, he was the oldest driver to ever qualify for a Long Beach Race. He started in 18th place and finished in 8th. It was a shining moment for Dick and Marconi Racing.

To this day, Dick can be seen walking people around the Marconi Automotive Museum car collection, taking pictures with guests and giving insightful information about this very unique place.  He will challenge you to think about and incorporate into your own life the Marconi phillosophy, passed down from his father: Learn, Earn and Return!

Priscilla “Bo” Marconi grew up in the Pacific Northwest and spent her early years playing the piano and singing. She traveled all over the U.S. and Canada with The Celebrant Singers and has continued to sing at various prestigious events throughout the country.

As a member of the Covenant House California and Covenant House International Board of Directors, along with the advisory council for Childhelp, she has been able to work closely with at-risk children. Her passion is strong for under privileged kids and strives to do whatever she can to influence those in her community to help the plight of these youth.

Priscilla is the CEO of the Marconi Automotive Museum & Foundation for Kids and enjoys her involvement in the exciting and creative events that the Foundation produces. Throughout the year, she brings great energy to her team. She is the driving force that keeps the staff mission focused and infuses them with her passion, ideas and excitement.

It is her goal to live her life with intention and to be part of a solution in regard to the issues of homeless and at-risk youth. The De Tomaso Pantera GTS is an Italo-American exotic car that is favored by many and considered a king by others. It was the result of Alejandro De Tomaso, Italian engineering, and American muscle. The Pantera looks very similar to the Lamborghini due to Giampaolo Dallara, who styled the Pantera, and helped in designing the Lamborghini Miura. Ford held the distribution of the Pantera, but stopped in 1975 because of poor sales. The US GTS model has bonded and riveted wheel arch extensions and badging, but not the higher compression and solid lifter engine of its European GTS counterpart.

Would you like to experience the De Tomasto Pantera GTS and other rare exotics in person? Visit the Marconi Automotive Museum in Tustin, CA and enjoy an eclectic trip filled with style, class, and a touch of adrenaline.

Dick Marconi, the museum’s founder, will be here giving tours of the museum and telling stories of the many cars he has acquired over the years. Chip Foose, internationally renowned car designer, will be on hand as well. Last but definitely not least, Rebel Off Road will return with another custom out-of-this-world off-road vehicle.

The Marconi Open House will not be complete without some delicious food. We will have The Tri Tip Man food truck serving great sandwiches, as well as Archies Ice Cream scooping up some amazing treats.

There will be an amazing amount of cars on display, such as a custom 1967 Ford Mustang Fastback and Chip Foose’s custom 1960 Ford Starliner. We look forward to seeing all of you on August 2nd. You can RSVP by sending an email to info@marconimuseum.org. 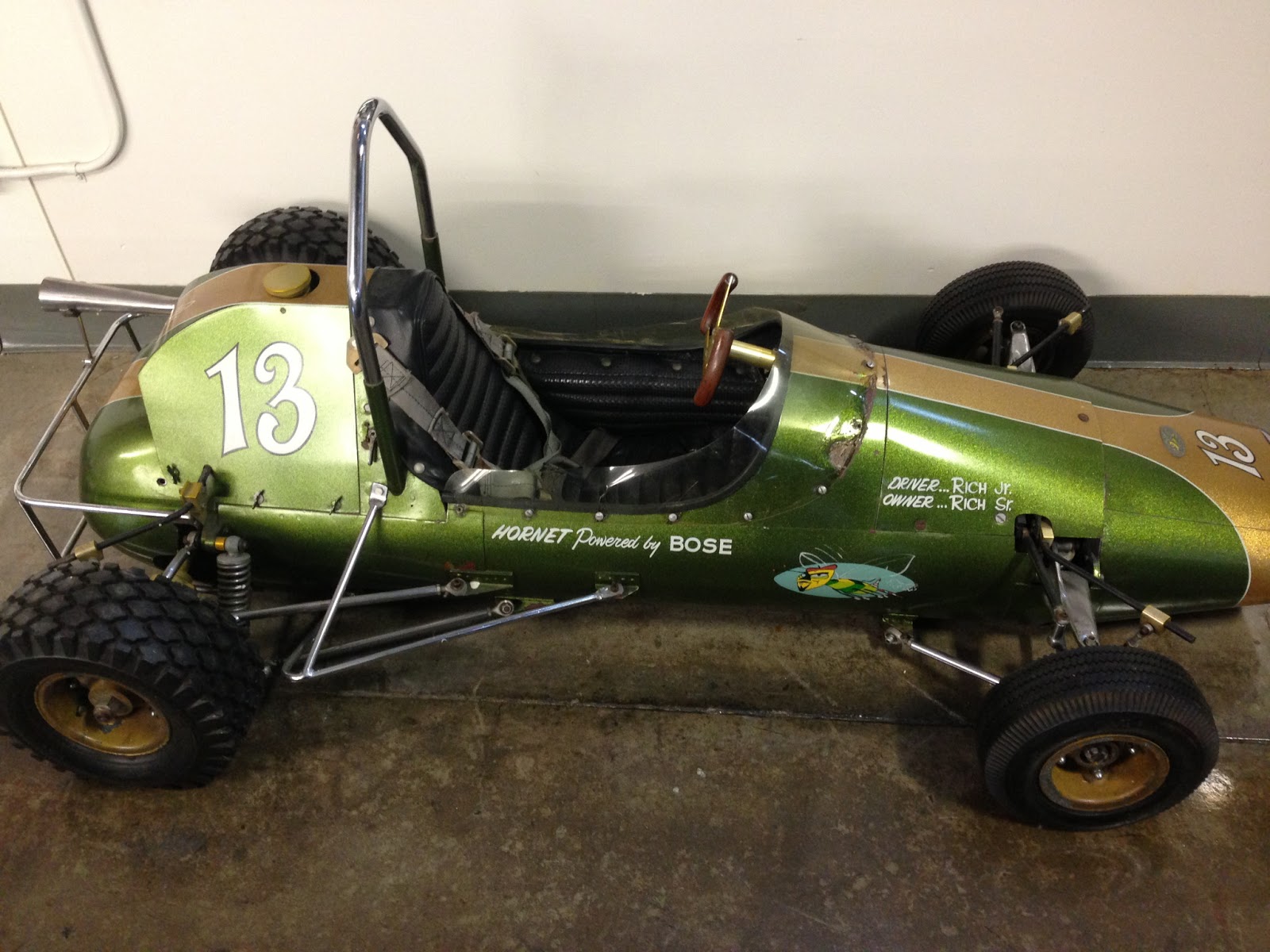 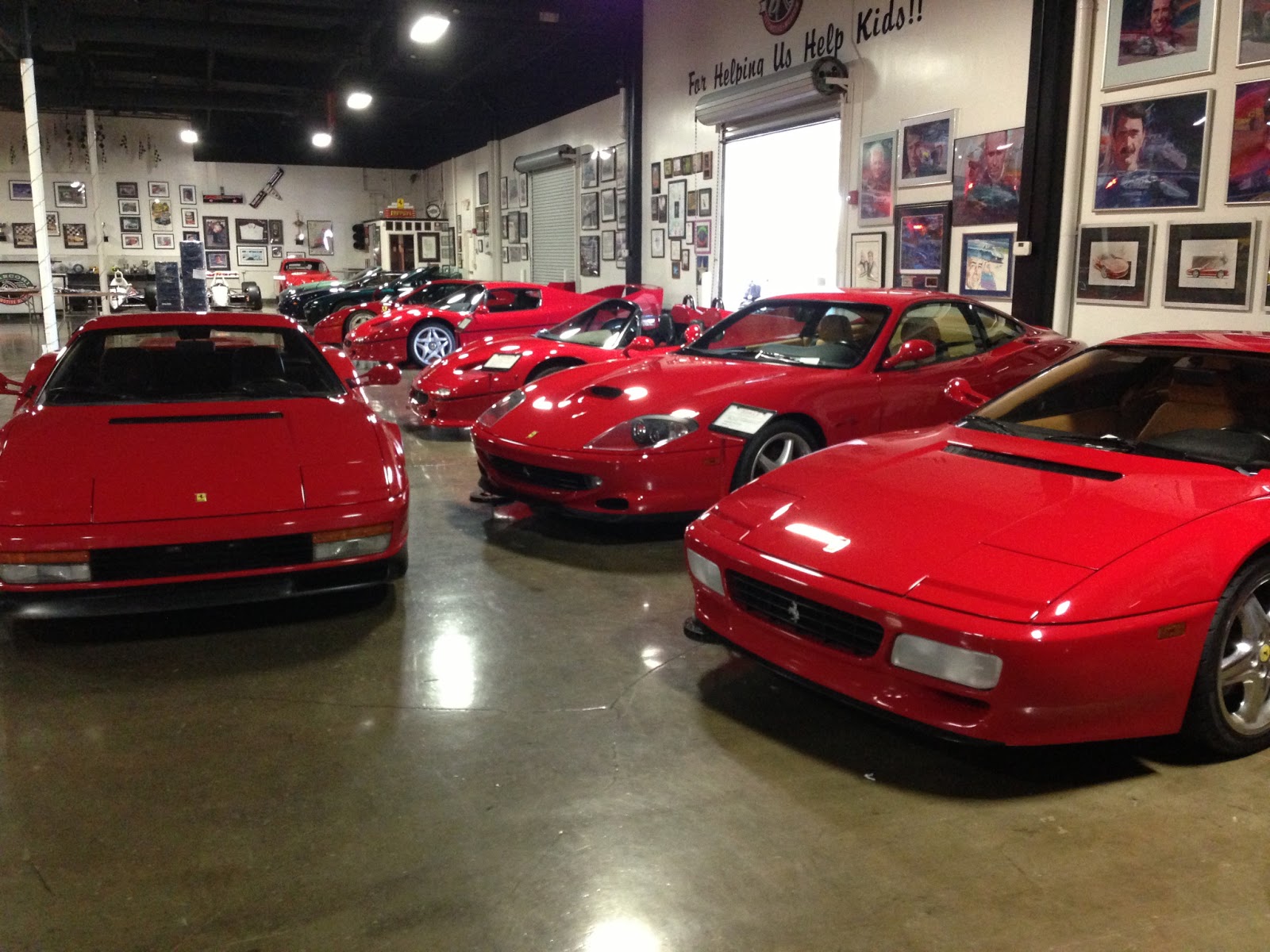 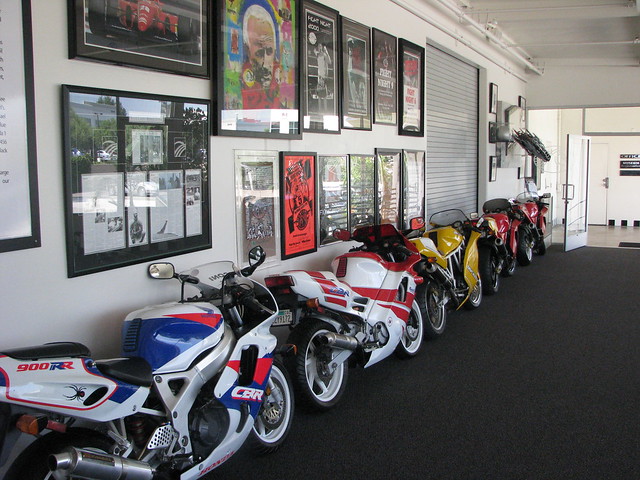