Well today, I thought I would add a video of Jacks Hill Cafe Ton Up Day, always a good turn out there in rain or snow.

Located in Towester in Northamptonshire, this place has always been a Regular stop for Motorcycles and Trucks, known to us in the UK as a real “Transport cafe” Jacks Hill has seen so many Ton Up machines over the years, if you put them wheel to wheel, I am sure it would circumference the world many times over.

This building Originally built in 1850 – Owned by Mr. Ridgway of Ridgway’s Tea, it then became a Voluntary Aid Detachment (VAD) hospital providing medical assistance during World War 1, before being demolished following a fire around 1930.In 1945, following a severe snow storm where Towcester was marooned, travellers along the main thoroughfare sought refuge at Jack’s Hill (or the newly built ‘mansion house’ as it was known). The owners tended to the travellers with teas, coffees and overnight stay. It is thought this was the origin of the cafe before it then became one of the Tower Cafe group.

If you are ever in the area, pop in, the people are awesome and has a wonderful atmosphere.
I have been there many times on my Motorcycle, as I rode past there either as a Dispatch rider or with the lads going to a Motorcycle show.
A number 1 one stop if you are touring in Britain as well as the Ace and Busy Bee etc. 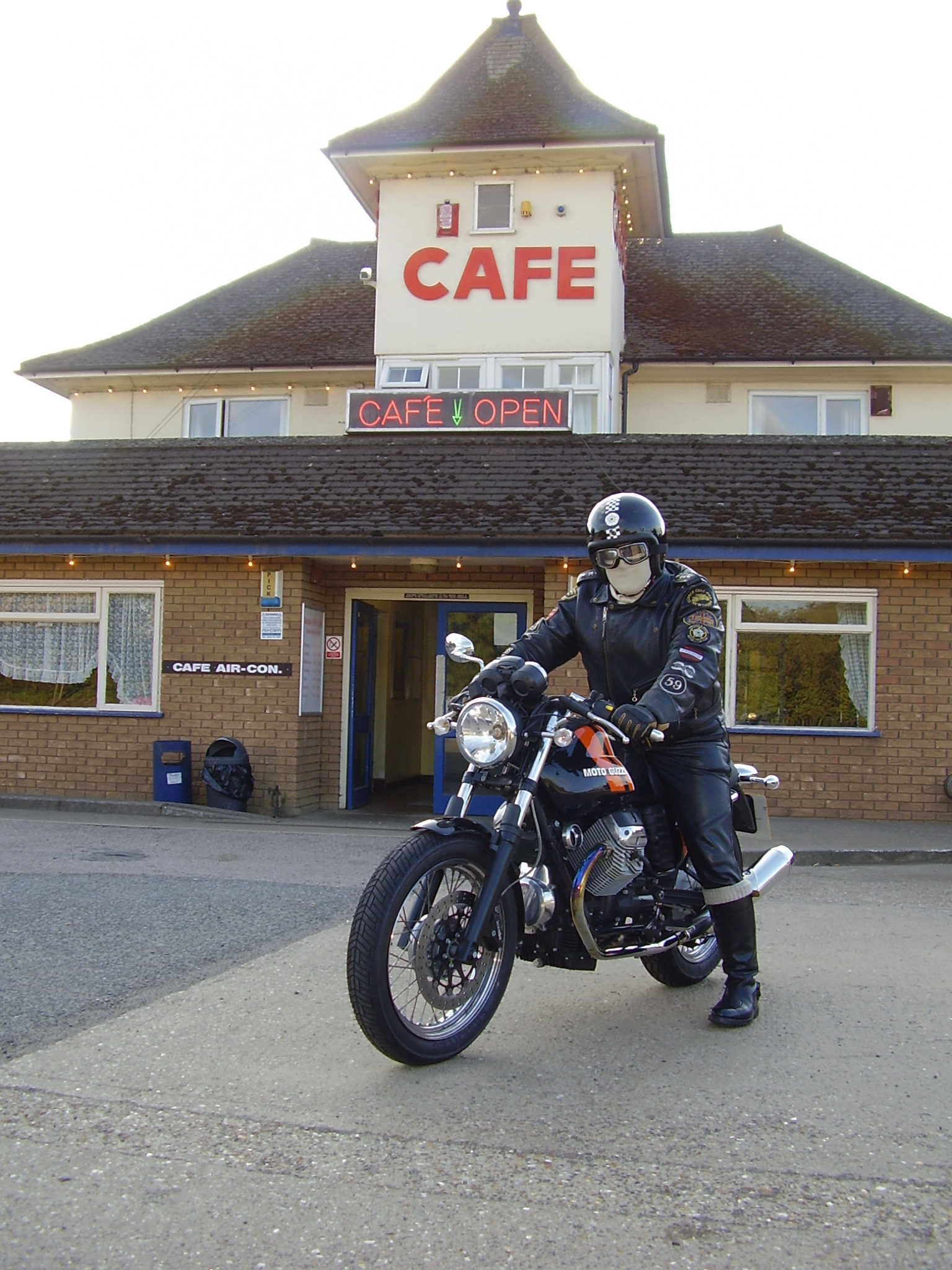 If you are wanting great food and service, as well as some cool history, then you have to drop by, have a cuppa, buy a shirt and enjoy the Nostalgia.

In more recent times, the cafe has been used not only as a backdrop for the BBC‘s Top Gear, but also as the venue for an edition of Channel 4’s Scrapheap Challenge! It also featured on both the BBC‘s Songs of Praise and Timeshifts.

Oh yes, Love the “Special they have on the menu Tonight”