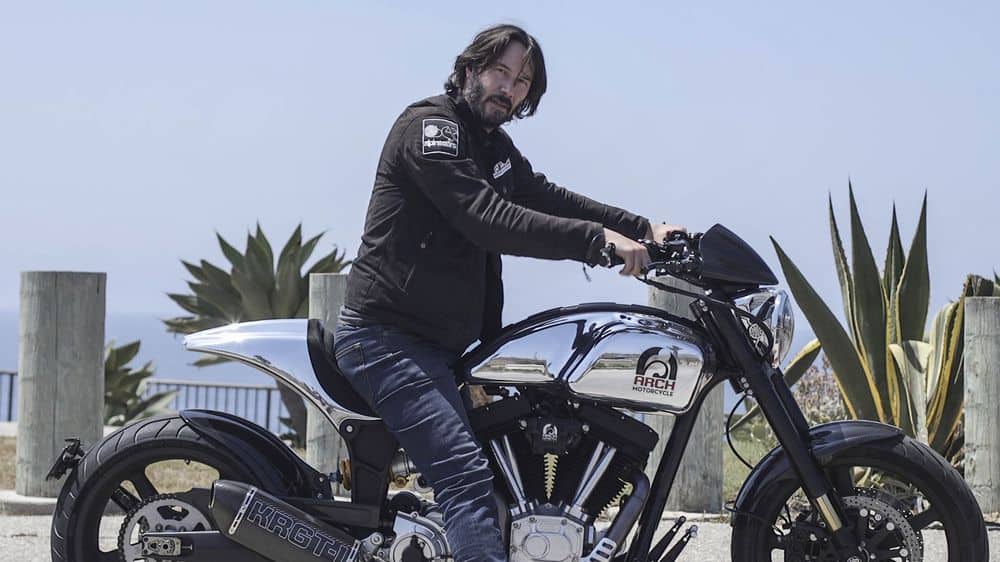 He’s a big bike nerd just like us. Via GQ

Normally, when we talk about motorcycle-riding actors, our go-to is Tom Cruise. The high-octane actor is well known for making his own stunts, leaving CGI and motion capture behind. Keanu Reeves, on the other hand, is a low-key badass who has shown some serious action chops, especially thanks to the John Wick movie series. Plus, the guy can ride! He’s not only had the chance to show what he got in movies—more recently in John Wick: Parabellum, but he’s also co-founded his own motorcycle brand. Now, we get to have a look at his collection and around the Arch Motorcycle garage.

He starts off his GQ interview by asking how many bikes you need to own to be called a “collector”. In my opinion, “more than you can ride at once” is a good place to start, so two bikes and over is the start of something truly wonderful if you ask me. If we stick to that very personal definition, that makes Keanu Reeves a legit motorcycle collector. He has two pretty special bikes.

The first one he discusses and shows us around is his black 1973 Norton Commando 850 MKA2, which he said he bought in 1987. He explains that he grew up loving Nortons—can’t blame him! The second bike he owns is of course The Matrix Reloaded dark green 2004 Ducati 998 Reloaded Edition—a color specially prepared by the manufacturer in honor of the movie franchise. 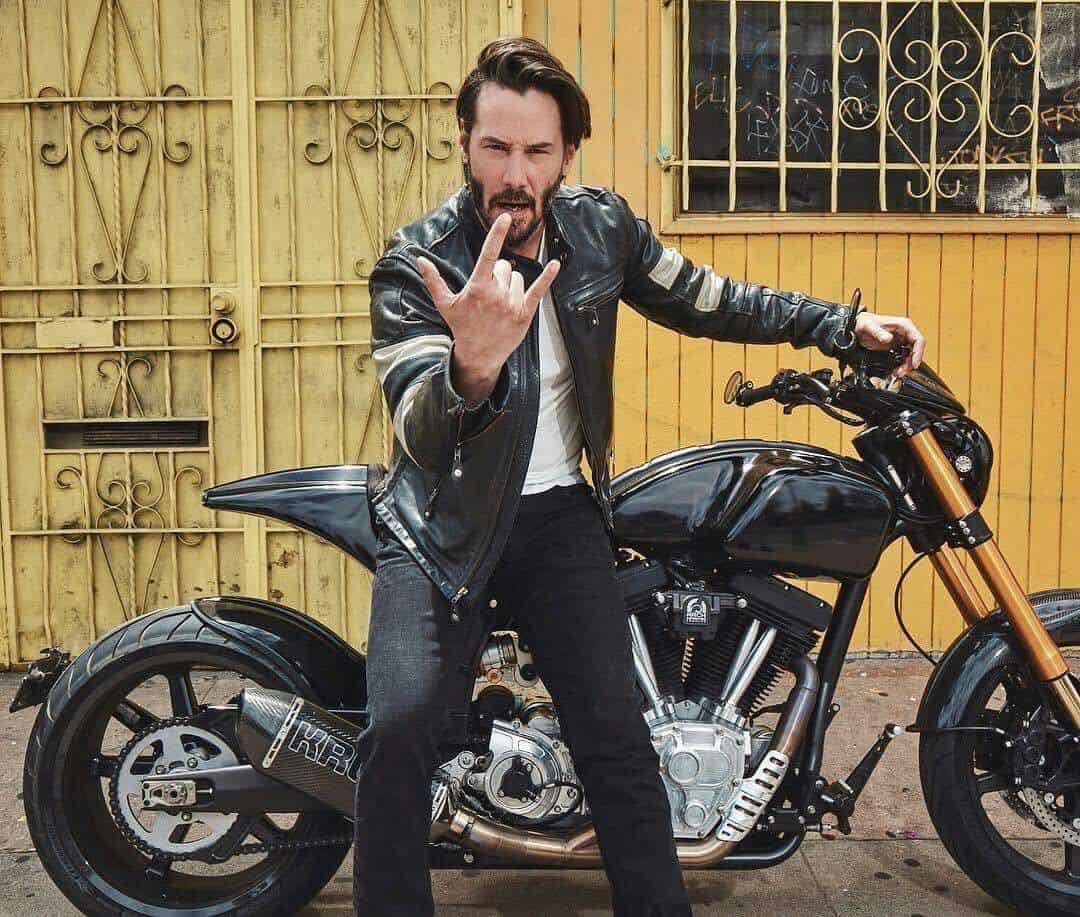 During the interview, he lists some of movies he’s had a chance to ride in, including Chain Reaction, My Own Private Idaho (in which he rides on a yellow Norton), and, of course, John Wick: Parabellum. I recent trailer shows that a fight between good and evil will take place in the saddles of a fleet of Yamaha MT-09. 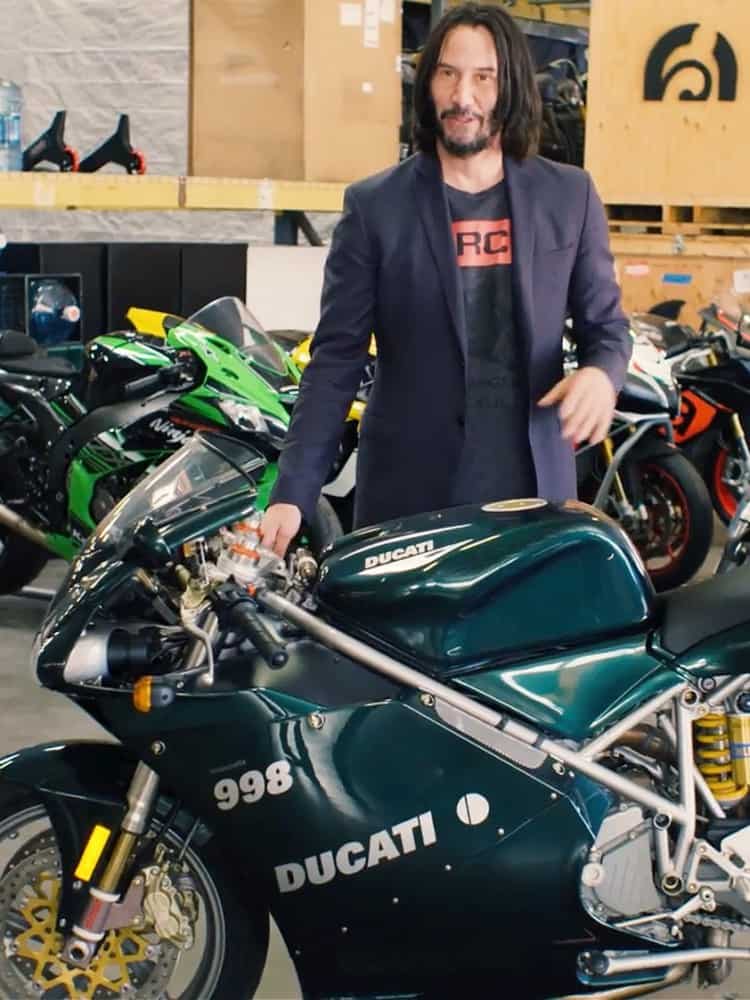 As the proud co-owner and co-founder of Arch Motorcycle, a motorcycle-oriented interview with Keanu Reeves wouldn’t be complete without a few words about his motorcycle brand. He explains how what started off as the customization contract for a Harley-Davidson Dyna Wide Glide with Gard Hollinger’s shop turned into the prototype of what would turn into Arch Motorcycle’s KRGT-1 bike. He discusses how the company itself builds over 200 machined aluminum components for the bikes and how other components including the suspension, exhaust, and engine are sourced from different other manufacturers. He then introduces us to the Arch 1S, a sportier iteration of the GT with a slightly more aggressive riding posture. 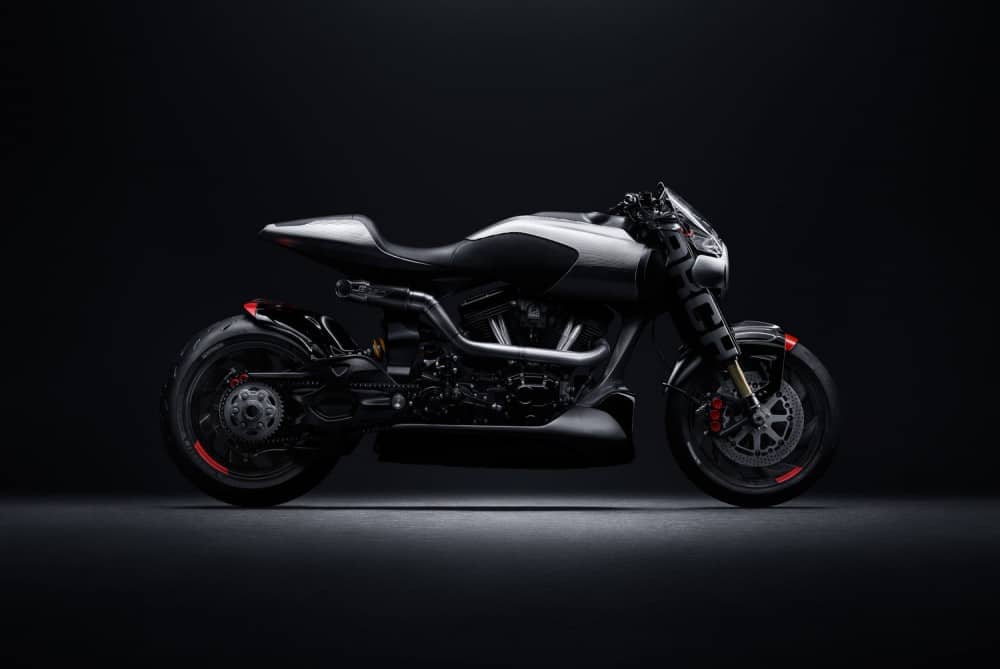 Finally, Reeves shows us the Method 143 concept bike that uses a carbon fiber monocell chassis, a striking futuristic design. What’s on his motorcycle bucket list he has yet to do or own? Reeves lists owning a 1955 Vincent Black Shadow, and a Brough Superior of some sort as part of the list, as well as the experience of riding on a MotoGP bike. Now we feel like we just want to hang out with the guy. 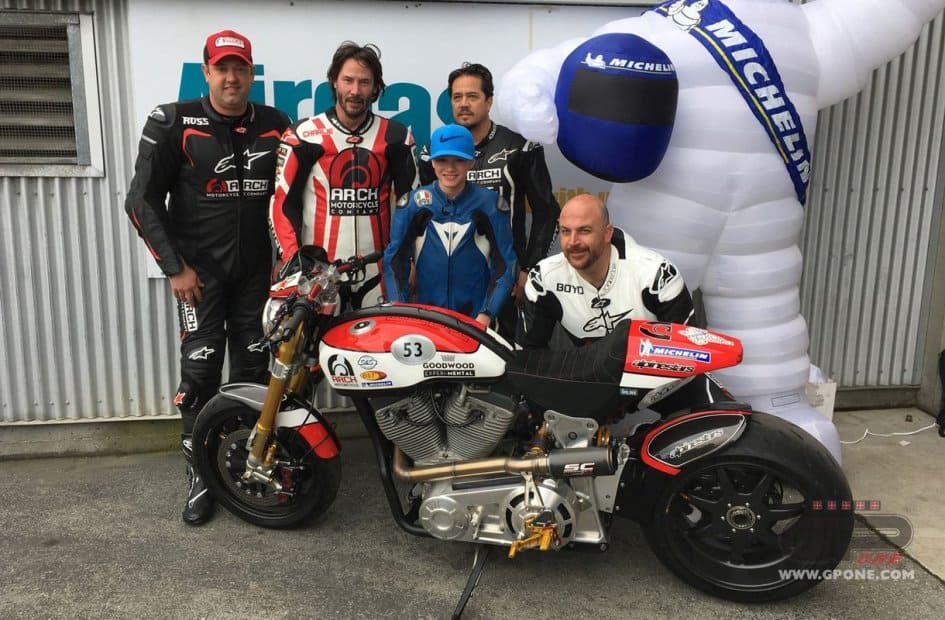