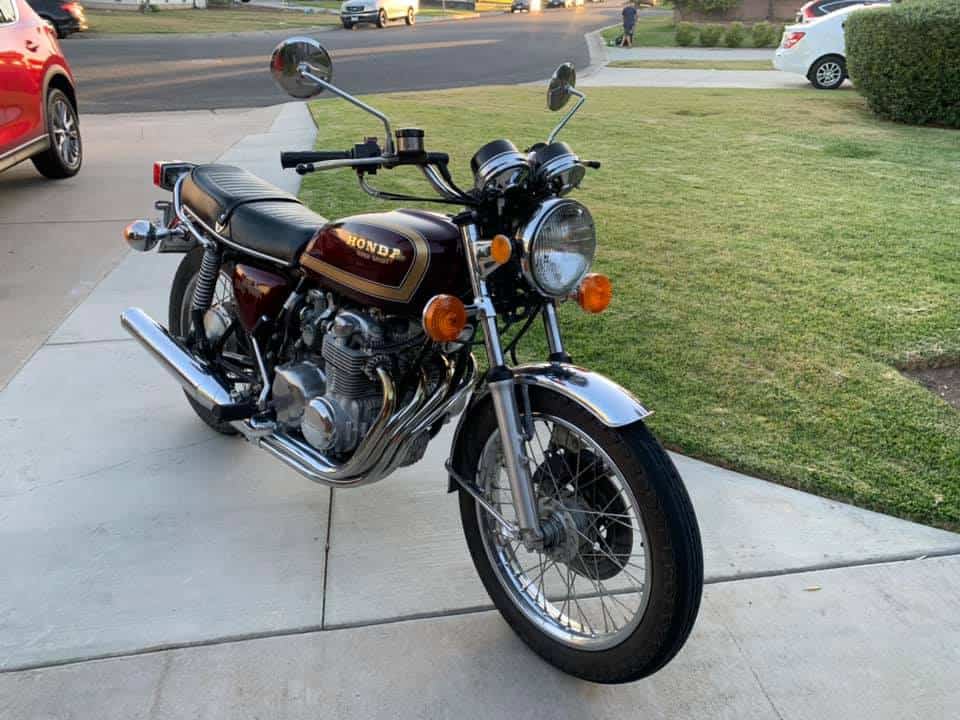 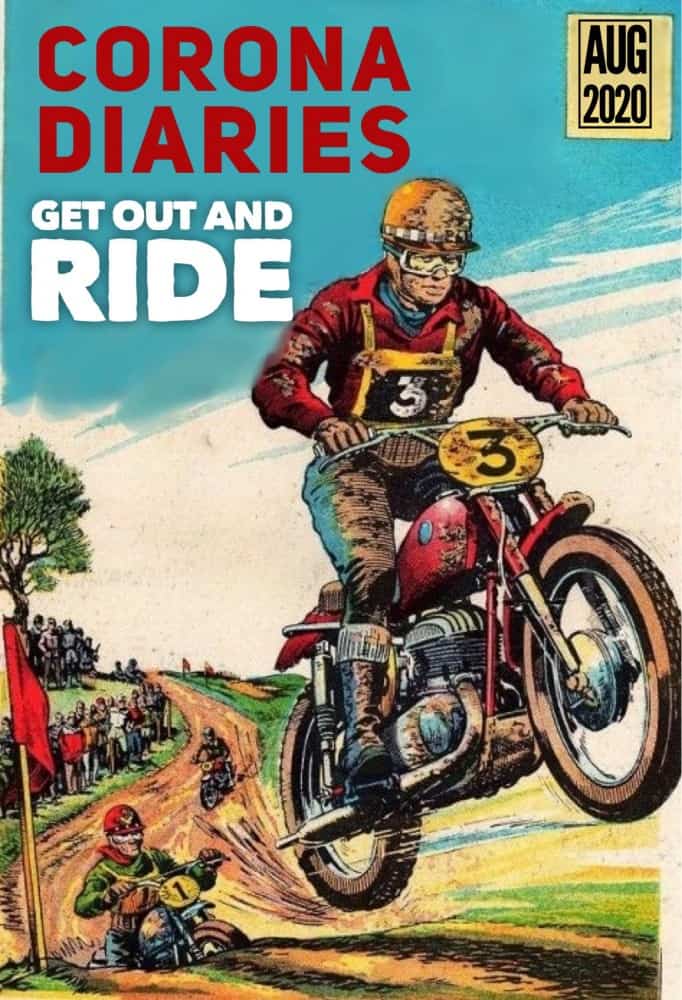 A Super Hot Weekend, why do I attempt such crazy work when the weather is like this? I guess we all do right?

A long day but managed to get the old carbs out as the idle was not functioning, but a complete redo was needed and boy what a pain in the arse the 550 carbs are top get out of the frame. 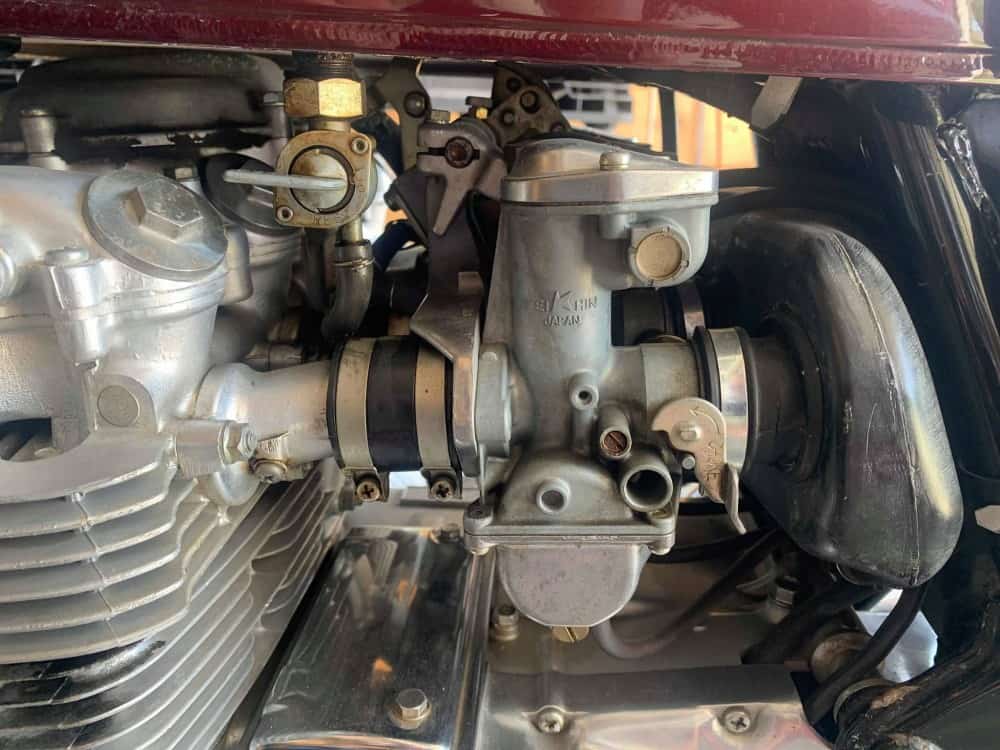 I dont know what Honda was thinking and if you are like me, you dont have time to look for a service manual and then read through all the jargon as to the correct way to remove the carbs.

Honda never want to share photos to make it easier, so no quick way there, I looked at the bike and just went ahead and took it on as a Customers machine and went from there. 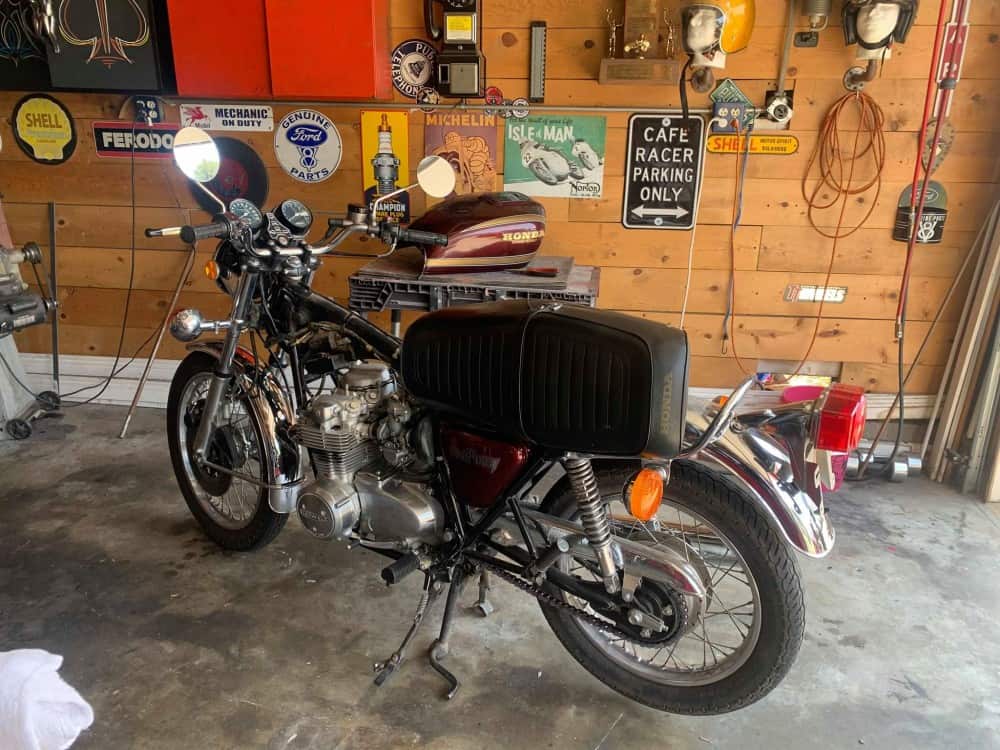 Sure, I have worked on over 100 of these bikes but they all had the air box missing and now I know why, as they are a fecking Royal pain in the rear thats why, but I did manage to figure it out and as it was 100 degree’s in the Garage, I had to be as quick as I could muster, but that plan went right out of the crappers window and I struggled for quite some time to be honest. 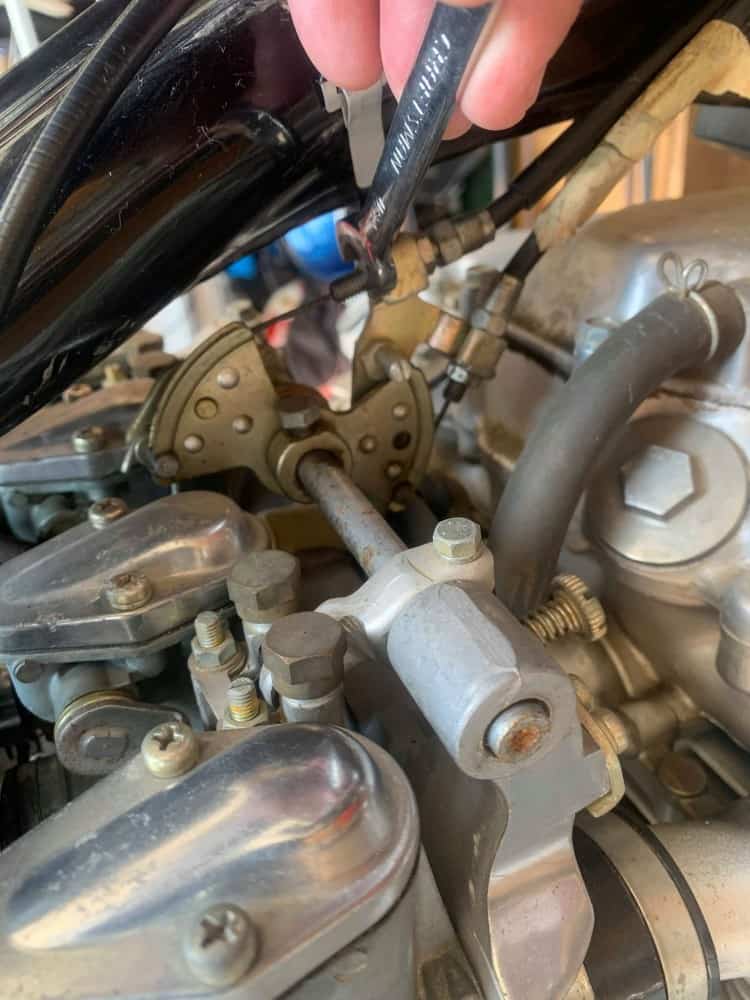 But now I can look back and laugh, well maybe now LOL, it required a lot of patience and I had run out after 20 minutes and the swear jar is filled to the brim now, but much better for it. 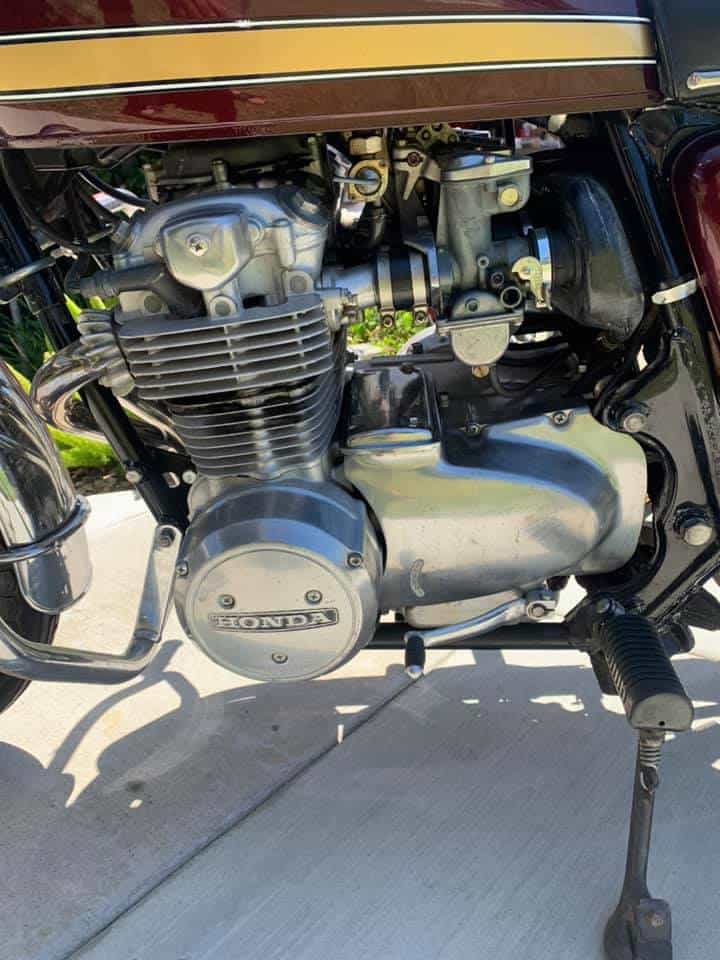 The Carbs are on tight and I had to undo the air filter box and move it back about half an inch as thats all it would go and no matter how fecking hard I tried, I could not get the whole air filter box out, probably because the breather hose was catching but I did not want to remove it if I didn’t have to. I then managed to remove the rubber hoses from the air box and that gave me a little wiggle room to get the carbs off but not much. 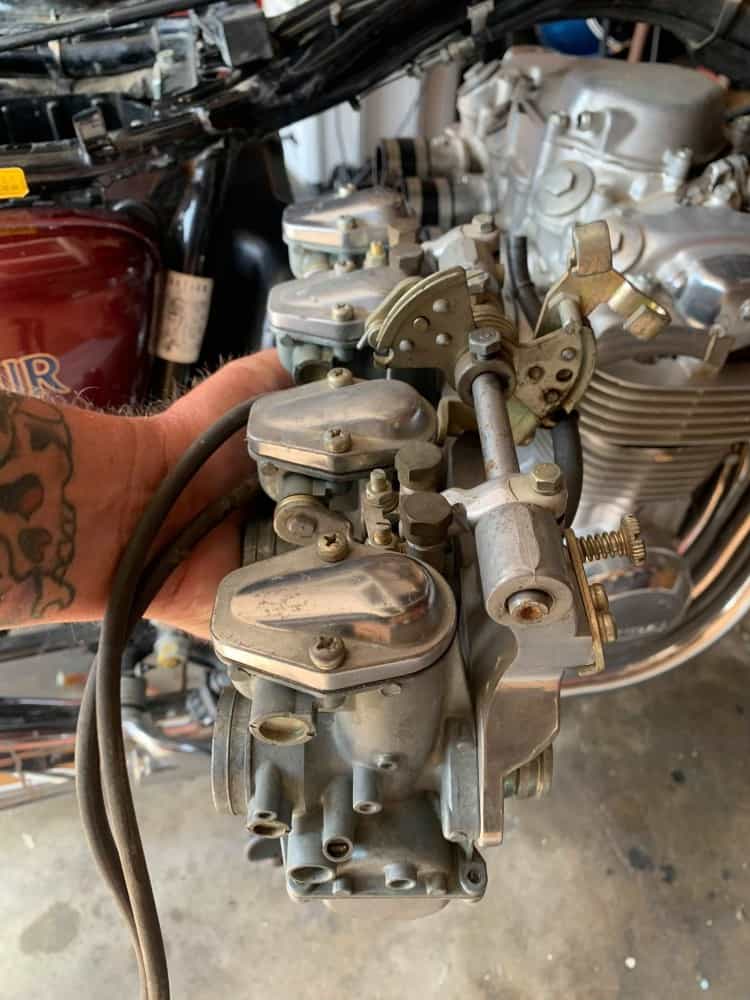 I managed to pull the carbs out from the Left, but many people told me they will only go in and out from the right, so no idea how I managed that but, they came out and undamaged too. 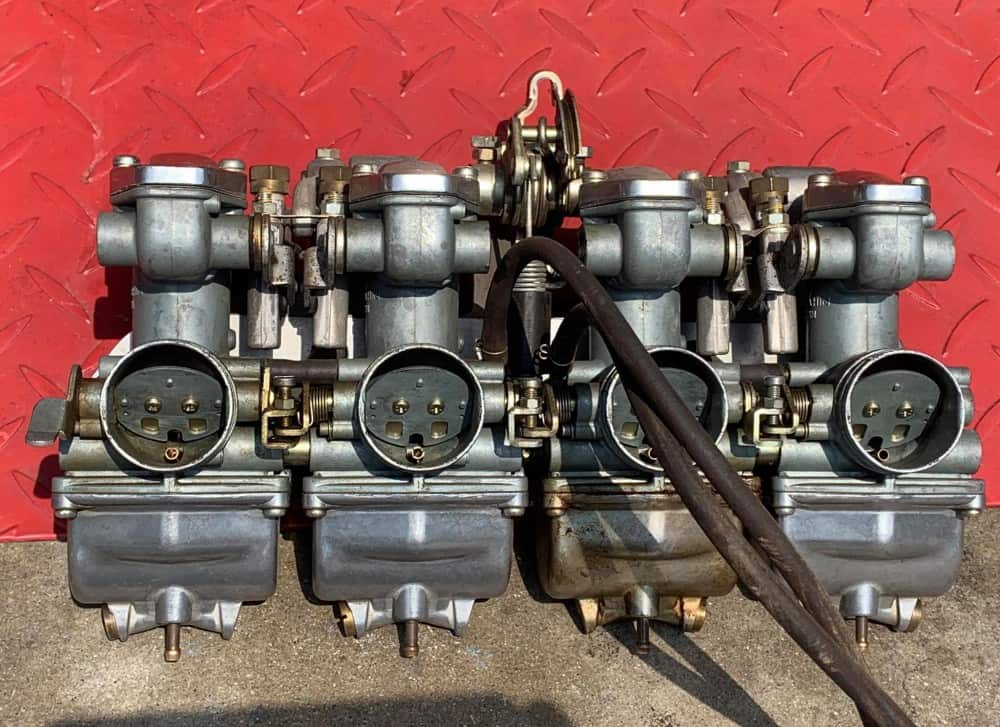 The carbs needed a complete overhaul and I checked the rest of the bike over, the throttle cables are OK but I could do with new ones, I didn’t have a pair on hand, so lubed up the originals and they function great. but, putting the carbs back in is not as easy as 760’s, especially if you are using the stock air box.  I basically did the same thing but this time I headed from others and went in from the right.  And after much swearing, sweating and a lot of grunting, I got the carbs to get to their position, and- to help the carbs fit back into the intake manifolds, I put a smearing of axle bearing grease around each opening. 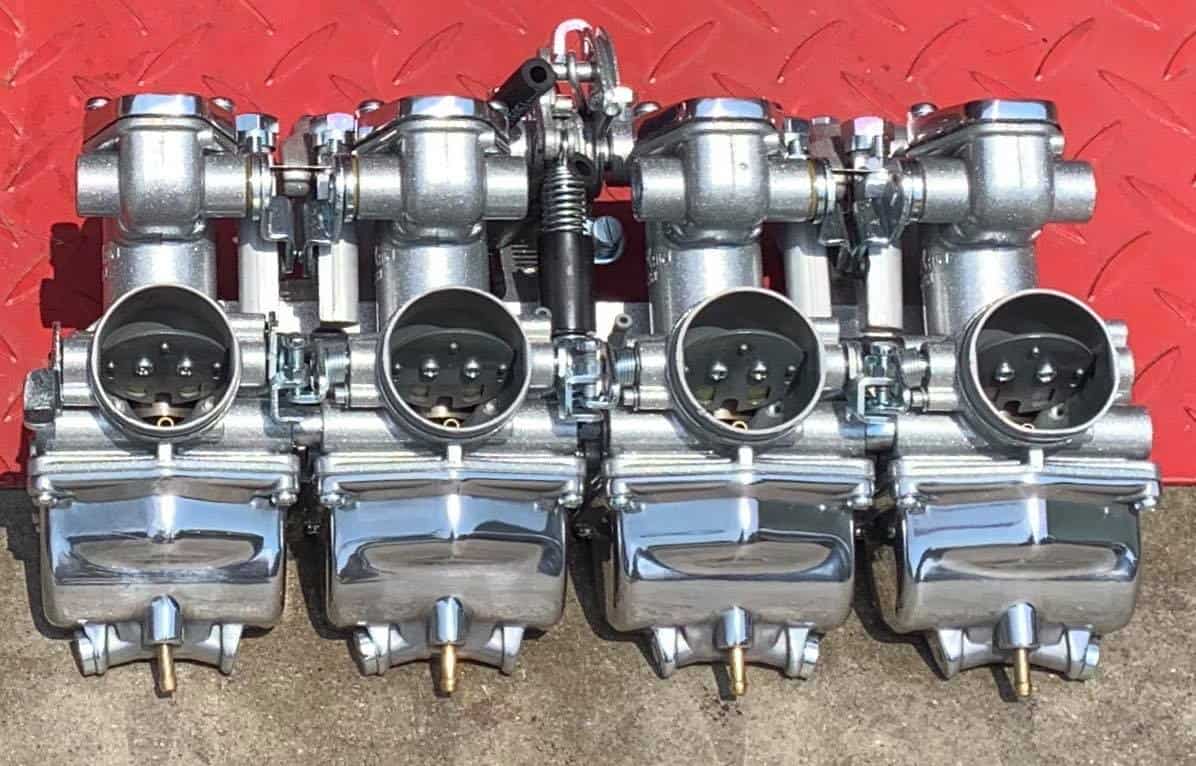 Plop, they went in, I did up the hose clamps on the manifolds and then I covered the air box rubbers in WD40 and then slipped them back into their positions, rotating until sat flush in the box. 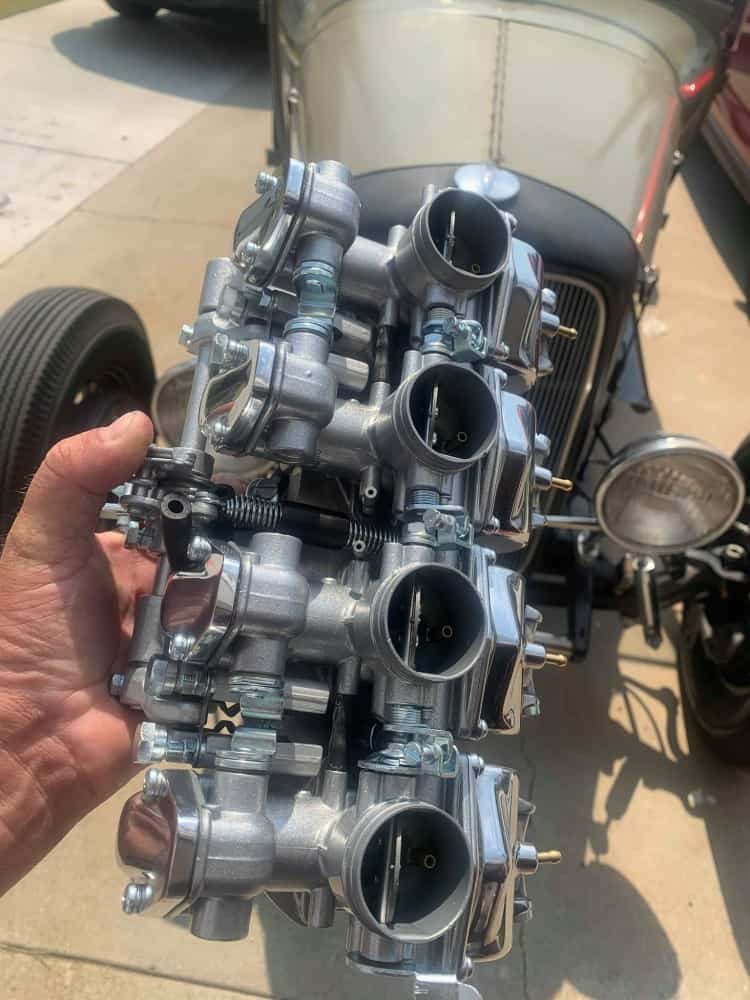 After reconnecting the clutch cable and throttle cables and more hoses than a bloody fire truck, I emptied gas tank of the old fuel and bunged that in my van, as that will run on anything. 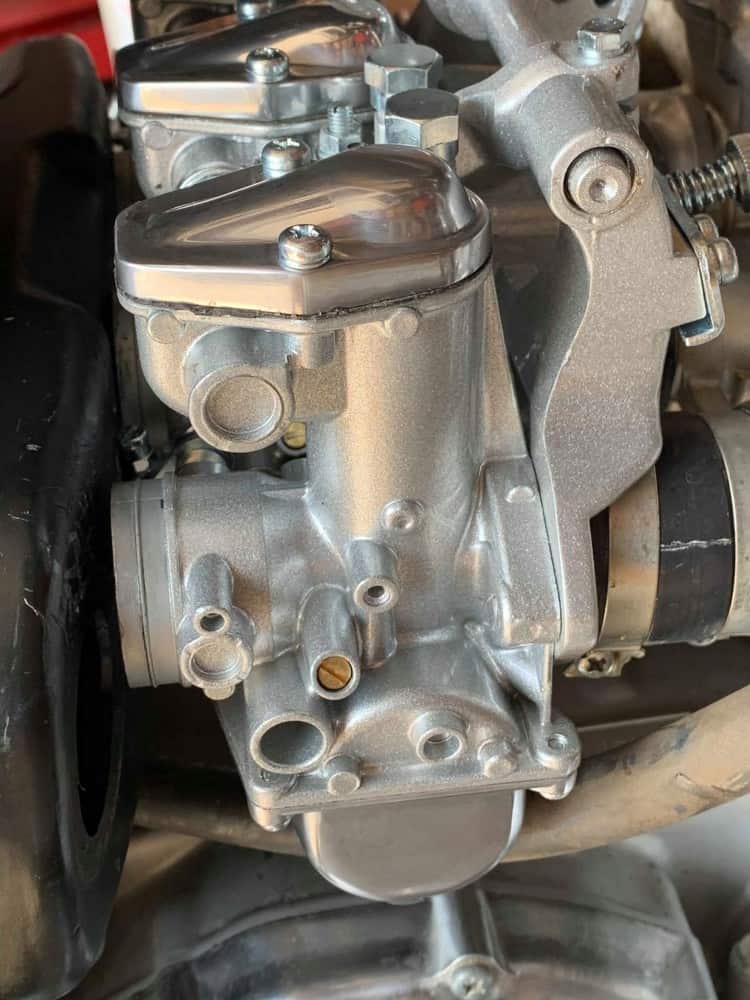 Bought some higher octane gas and poured her in and the bike fired up right on the first go and idles lovely now, pumped tires up and took her for a little blast up to about 60 mph around the houses and it runs great now. 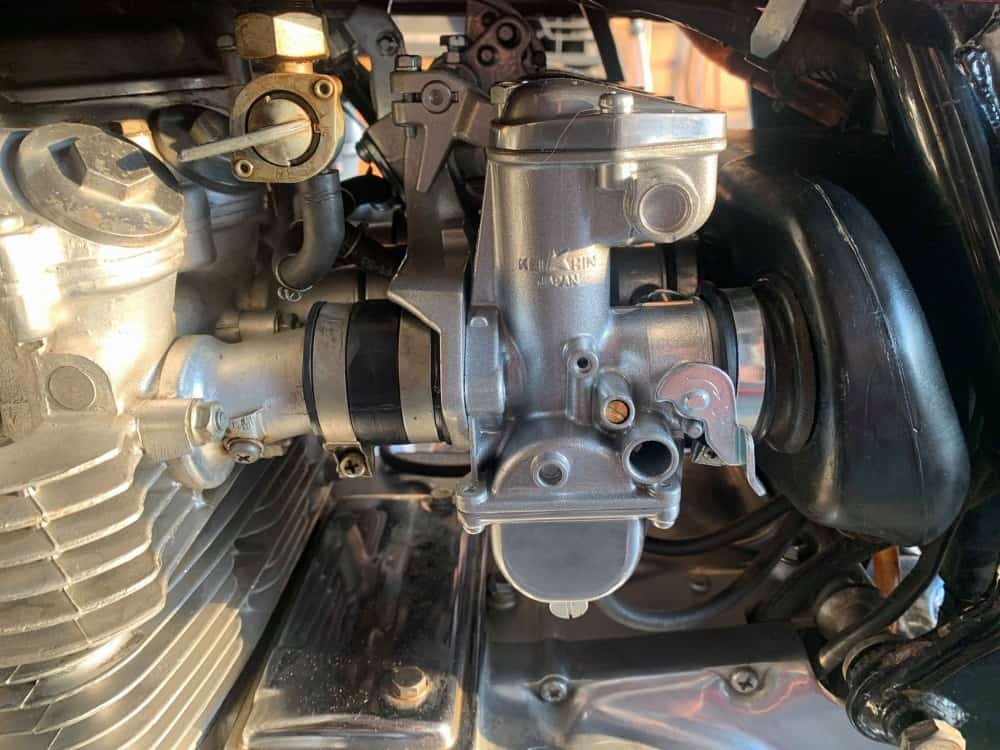 So, any of you attempting to put carbs on or off and still use the stock factory air box, take heed, use WD40 and grease as it really helps and get those rubber hoses off the air box first to give you a little wiggle room. 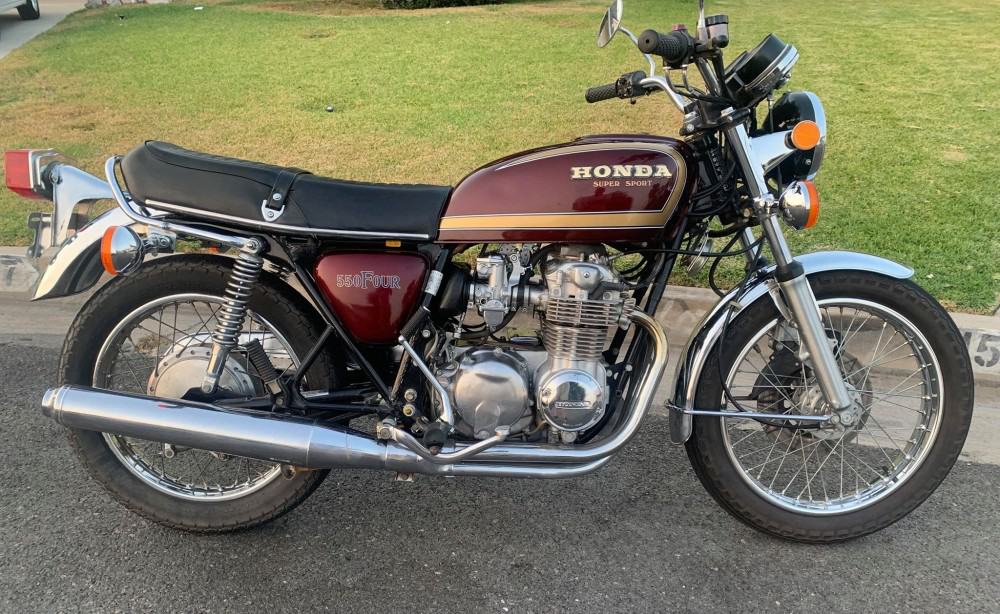 A nice all together machine, Genuine 11K miles and now she fires right up and rides quite well to be honest, I do think I will replace the tires as these are original ones and I will feel happier with new rubber on this machine as this is now my Girlfriends bike and I want to make sure all is good for her to take out anytime she wishes. 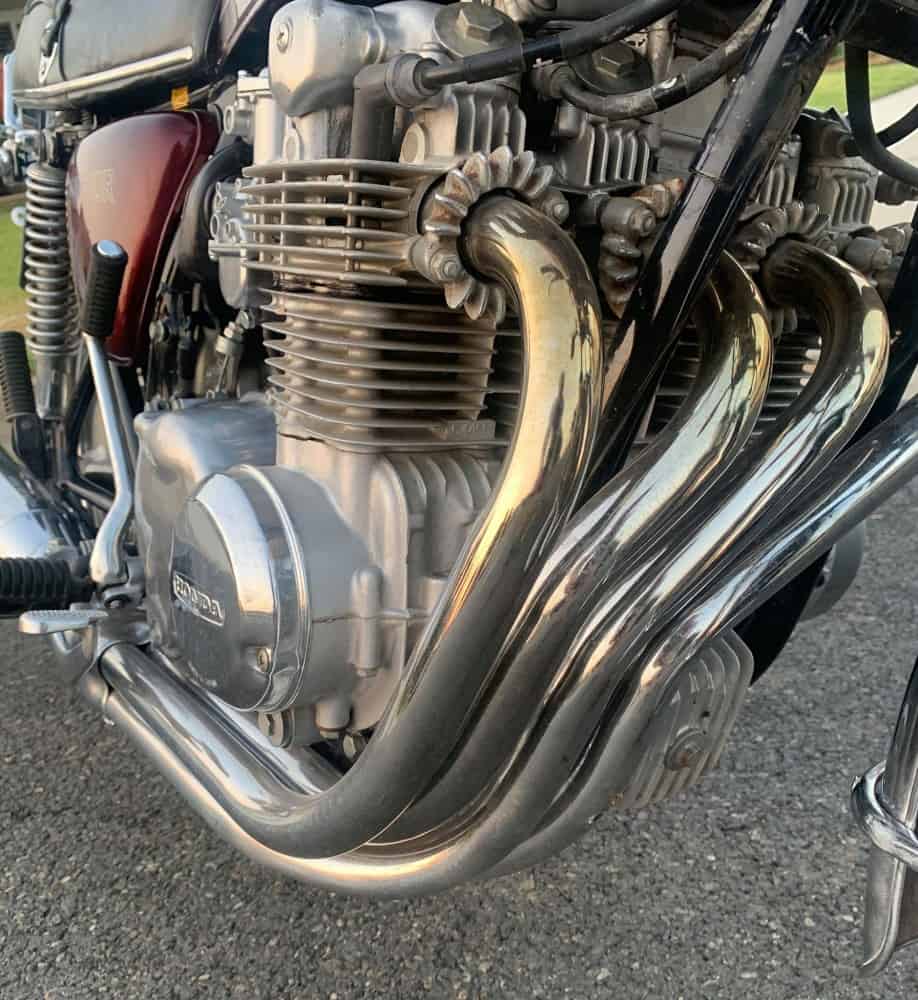 What amazes me is how damn quiet the bike is with that big old chrome Cannon perched at the rear of the bike, but, its staying on there as the bike is too original to mess with to be honest and would like to keep a stocker around anyway. 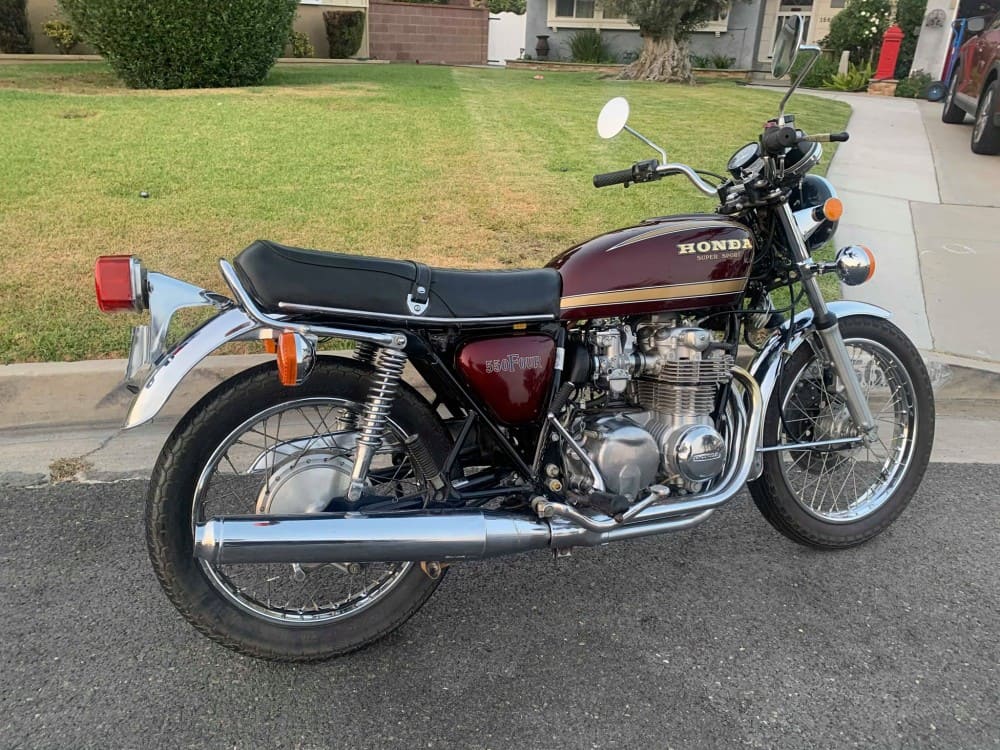 I will do a few more things to the bike as we go along, I would like to powder coat the main stand and kick stand at some point, so may buy another set and do it when I feel like I have some coating to do, that way Jennifer can still use the bike and no real down time needed. 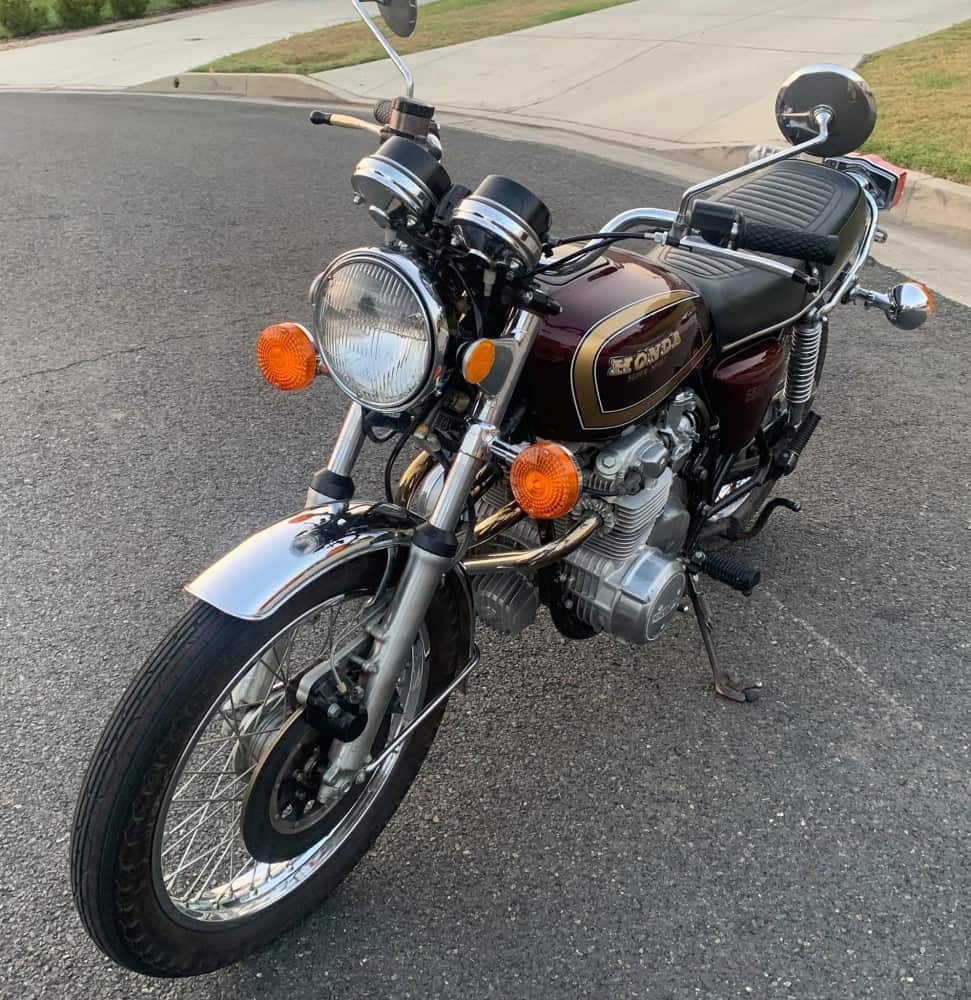 I am happy that the bike now fires up right away and purrs away to its hearts content, this will be a keeper and I am sure will only get miles on it around the countryside where it will reside in an old style barn. 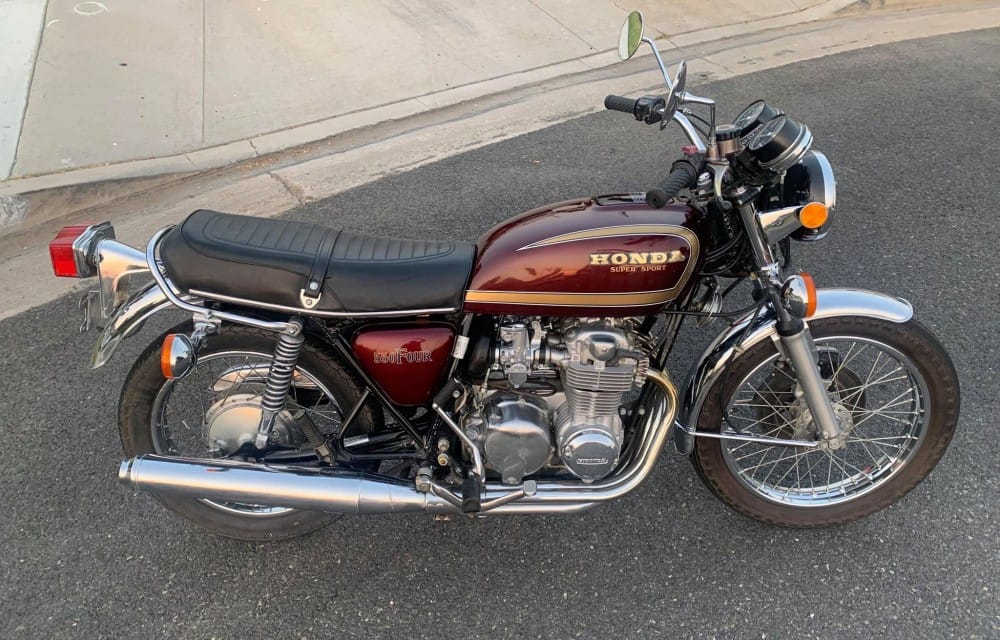 Hope that you like the Blog today? As I am sure that many of you can relate to the trials and tribulations that we have to go through sometimes, just to keep these machines running? 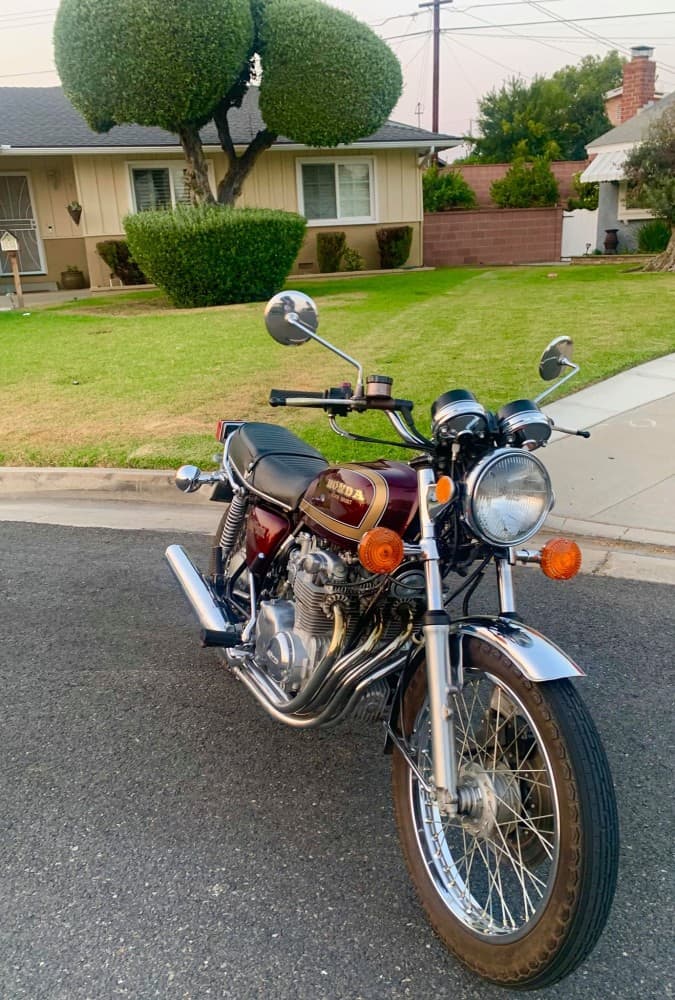 Have fun with your machine and I am here to help or advise if I can, this is a big family when it comes to 2 wheeled machines and thank you for taking your own time to read my exploits and hope that it made you smile at least once? 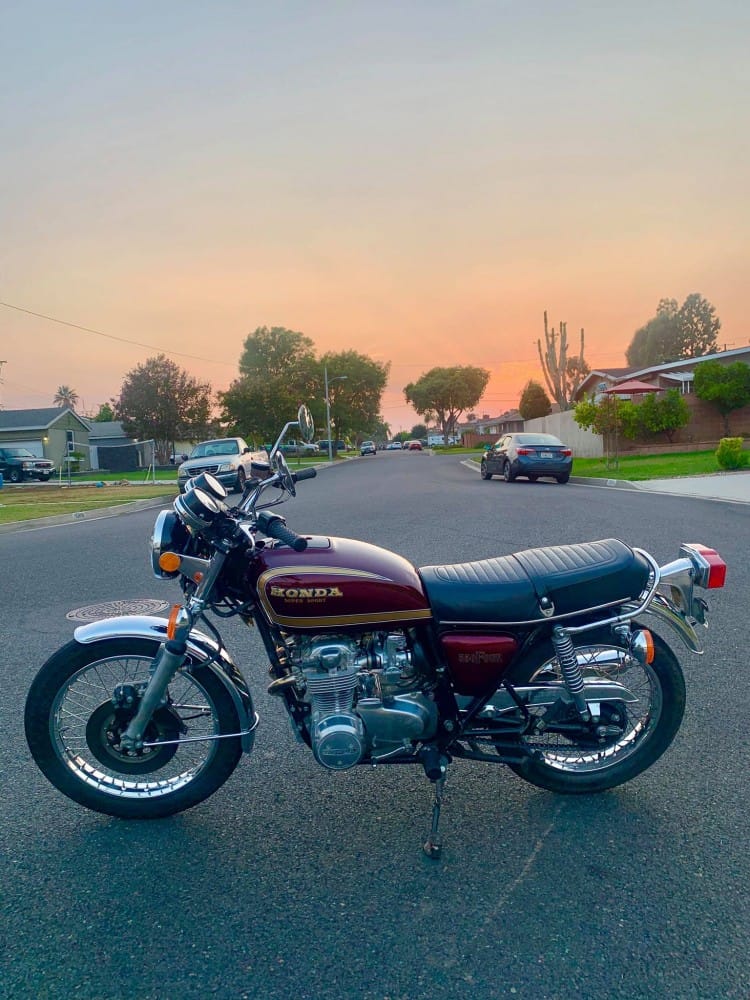