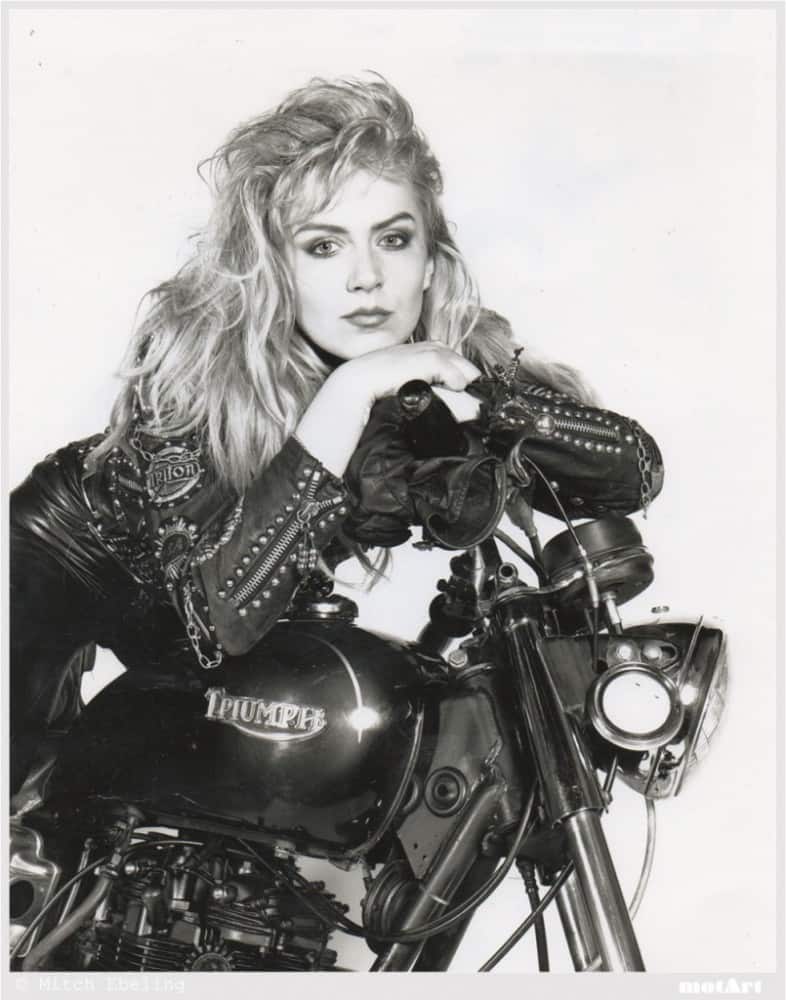 Always great to fins out other photos of Women on Two Wheels and came across these pics that were taken in the 1980’s. All pictures © Michèle Ebeling

Michele Ebeling was a singer in a couple of bands back then ” Look Back In Anger” And ” Mankind’s Audio Development”. 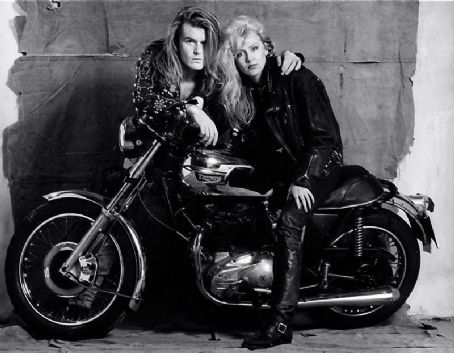 Look Back in Anger are a goth rock band from Waterlooville Hampshire, UK. The initial line-up consisted of Mich Ebeling (vocals), Jim Newby (guitar), Steve Butler (5) (bass and keyboards) and Rick Butler (drums), who got together while A level students at Havant College to create a musical version of the eponymous John Osbourne play. Their first public performance was at the Merchistoun Hall in Horndean in 1980, performing a subdued synth-based set that included a cover version of “Black Sabbath – Paranoid“. In the early days, rehearsals took place in the Butlers’ record shop, Focus Sounds in Waterlooville. L.B.A. soon become established on the local gig circuit, playing such hallowed venues as the Leopard in Purbrook and the Waterlooville Community Centre. In 1981 they headlined at the “Rock Against the Bomb” festival in Waterlooville. 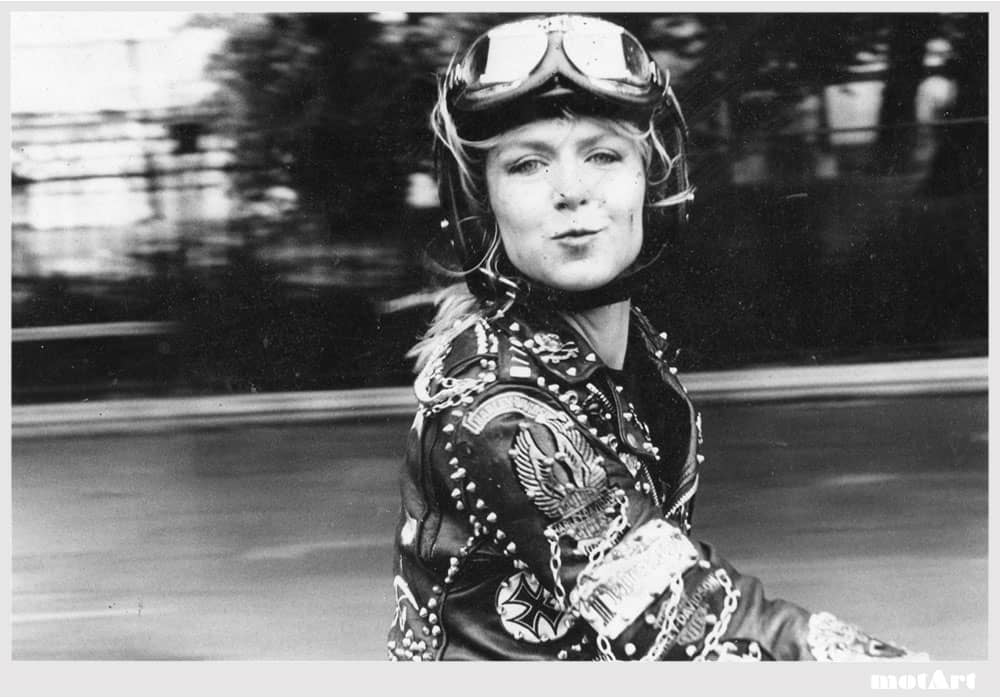 Ebeling and Newby were to remain the backbone of the outfit throughout its life, but the Butler brothers were soon replaced by more adventurous musicians in the form of Simon Tufnail on bass and Chris Pickford on drums. The band’s combination of venomous heartfelt vocals, echoing guitar sounds and thumping bass and drums began to attract attention from further afield and in 1982 they secured the support slot to Death Cult on their national tour. They also supported the likes of Sex Gang Children and The Danse Society and headlined at the Brixton Ace. Despite inevitably being likened to Siouxsie and the Banshees, the L.B.A. sound was truly original and distinctive. L.B.A. split in 1984 and Newby joined The Fifteenth. Chris Pickford plays and records with Blisskreig a Basingstoke band playing festivals and london venues in 2007. The recorded legacy consists only of a six-track mini-LP and a 12″ single from 1983, plus their debut independently-produced single Mannequin/Caprice (1981), the cass-single Fox Hunt released by “Plug it in your ear” in 1982 and a couple of appearances on compilation LPs.

I have quite a few Rocker friends that are Women but I do not know this Lady at all, but remember the Black and White Photos, so thought that i would share them on here today.

This is a Classic shot and needs to be a Poster for the likes of Motorcycle enthusiasts all over the globe, and a great reminder of the Era that I grew up in and still into it today. 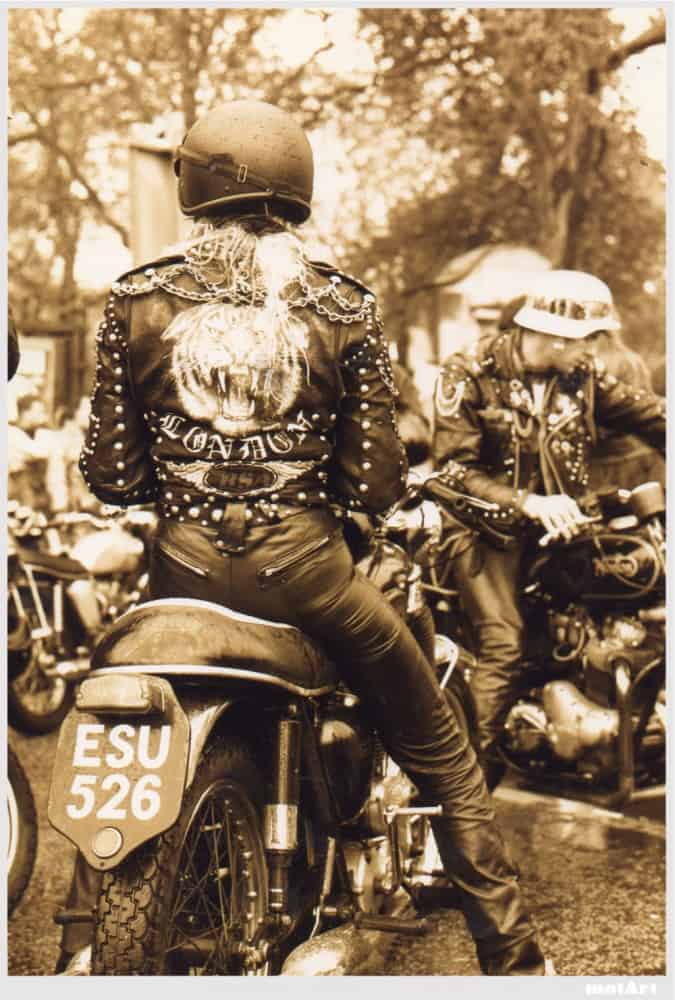 Hope that you enjoy this trip into riders of Yesteryear and makes your day just a little more happier now that you have this image etched into your noggin. 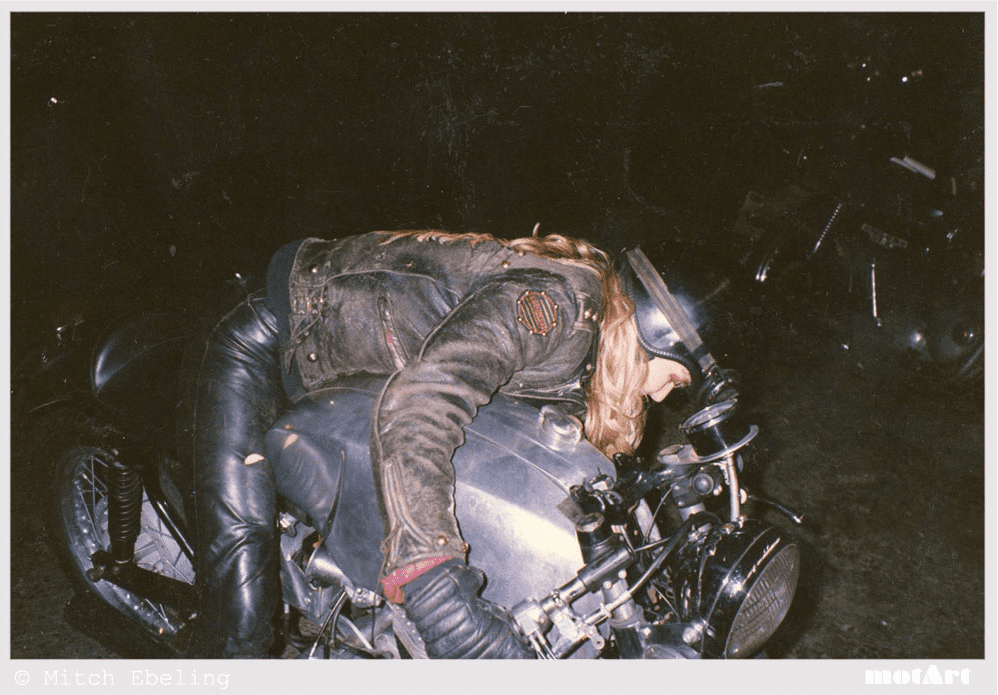 Now that is truly a Cafe Girl, Ton Up written all over this photo. Hope she gets to see these and send me some more to share with all of you out there.

If you have any great Classic images, send them to me at carpy@carpyscaferacers.com and fill me in on when and where taken etc.