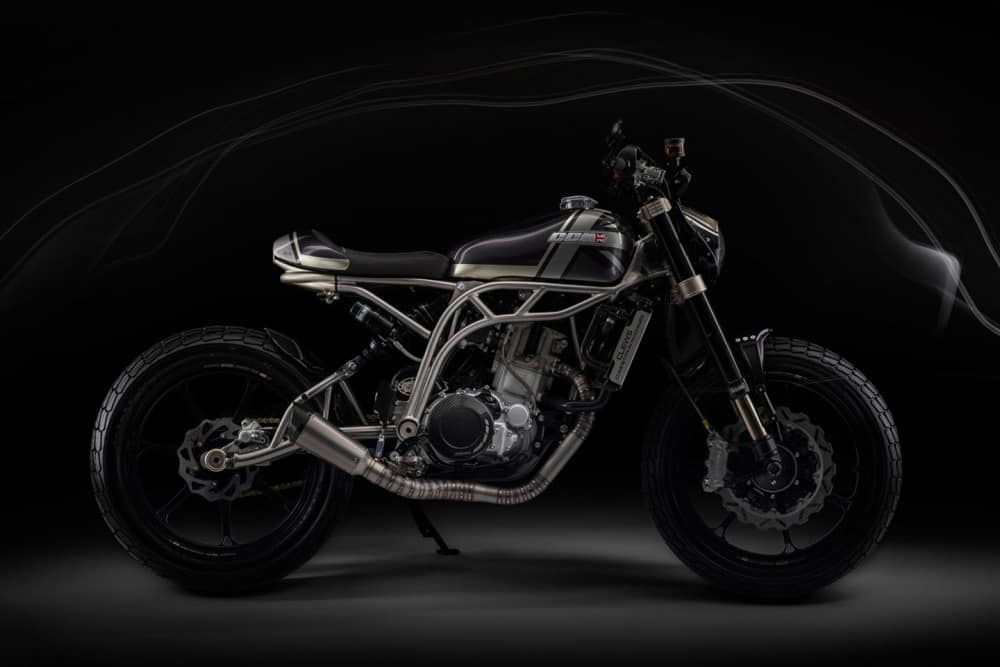 CCM is baking a birthday cake of epic proportions to commemorate its 50th anniversary in 2022, as the CCM Heritage ’71 is announced. 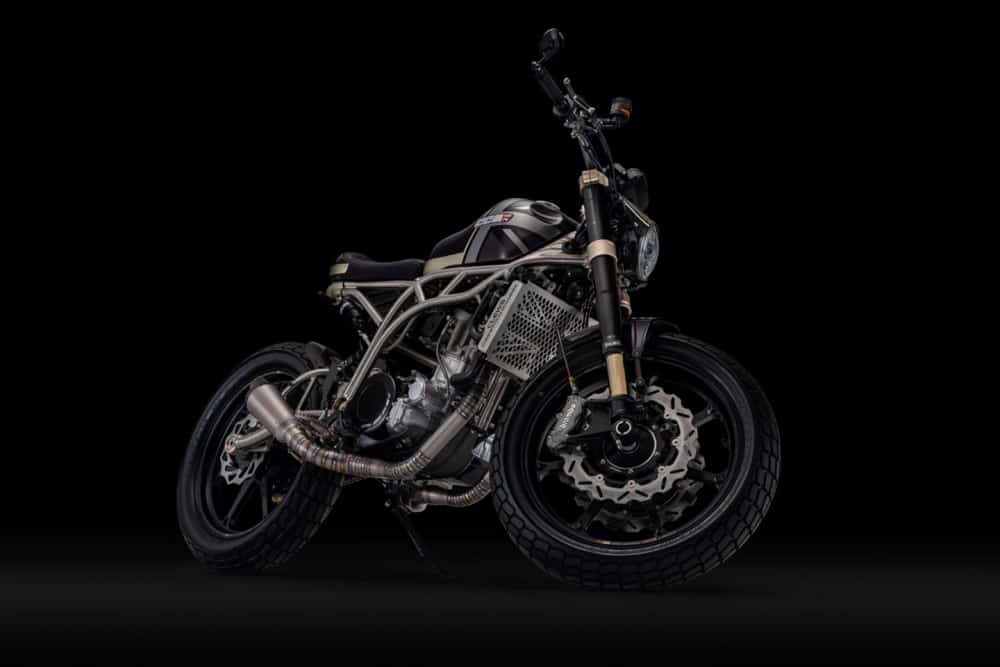 Based on the show-stopping Spitfire platform, the new bike is more than just a rebranded bike with some happy birthday graphics on it. CCM has gone all out to make the Heritage ’71 the trickest Spitfire released to date.

The biggest talking point of the bike is the inclusion of a new titanium frame, that alone should offer considerable weight savings compared to the stock machine. CCM’s design team didn’t stop there though, as the titanium frame is joined by lightweight 7-spoke Dymag wheels that are shod with Maxxis DTR1 flat track tyres. On top of that, a full titanium bolt kit has been introduced, along with forged carbon engine mounts and even a titanium full system exhaust. All told, the extensive use of lightweight materials has shed nearly 10kg from the already featherlight machine, bringing its dry weight down to just 136kg. 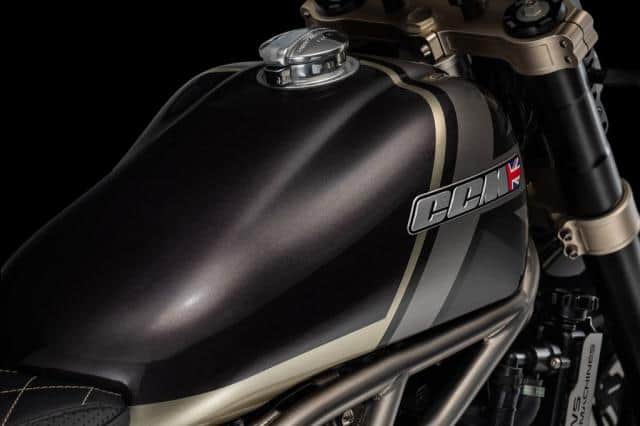 The chassis of the bike is equally as tasty, with Öhlins suspension front and rear and Brembo 4-pot calipers taking up the braking duties. 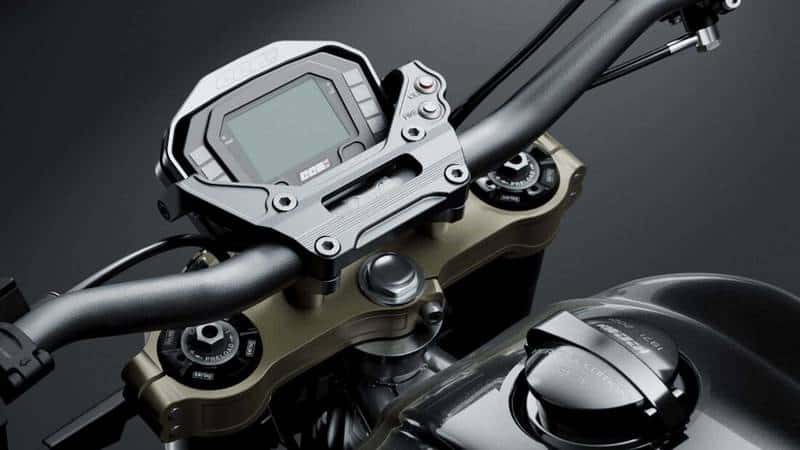 The icing on this particular birthday cake comes in the form of exclusive Heritage ’71 hand-painted bodywork and is completed with the signature of Alan Clews on the rear of the seat unit. 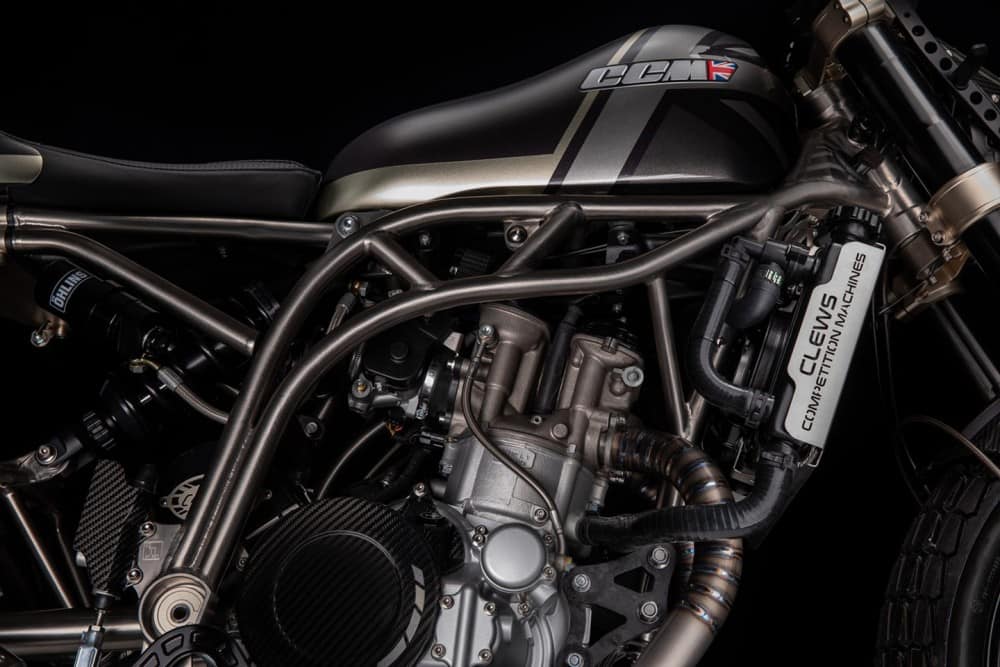 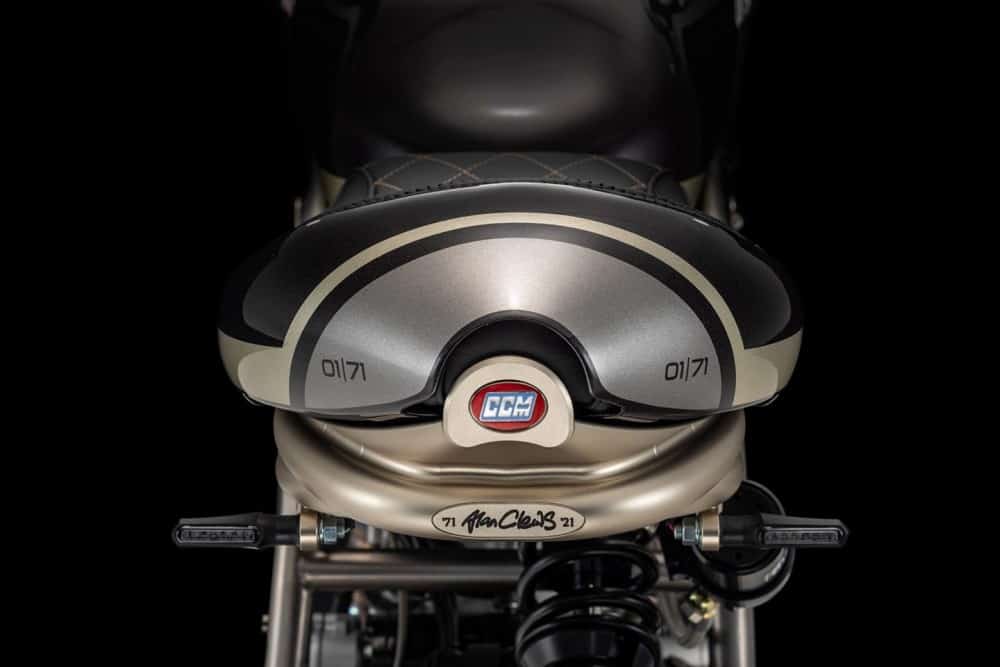 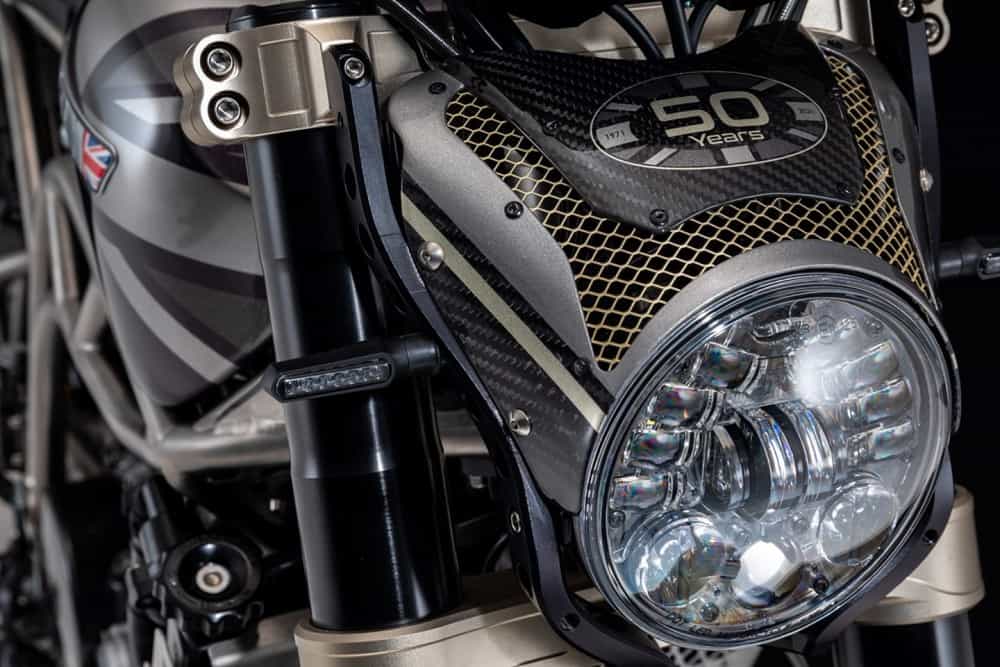 Looking forward to checking one out over here one of these days.