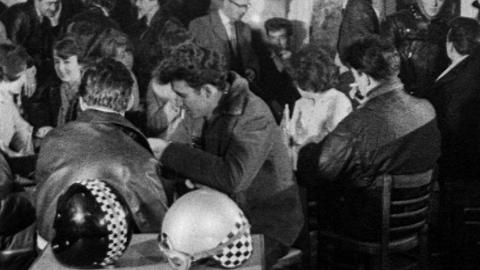 Young Motorcycle Racers are gathered by a transport café on the A38 Exeter to Plymouth road. They are the ton-up boys taking off into the night. 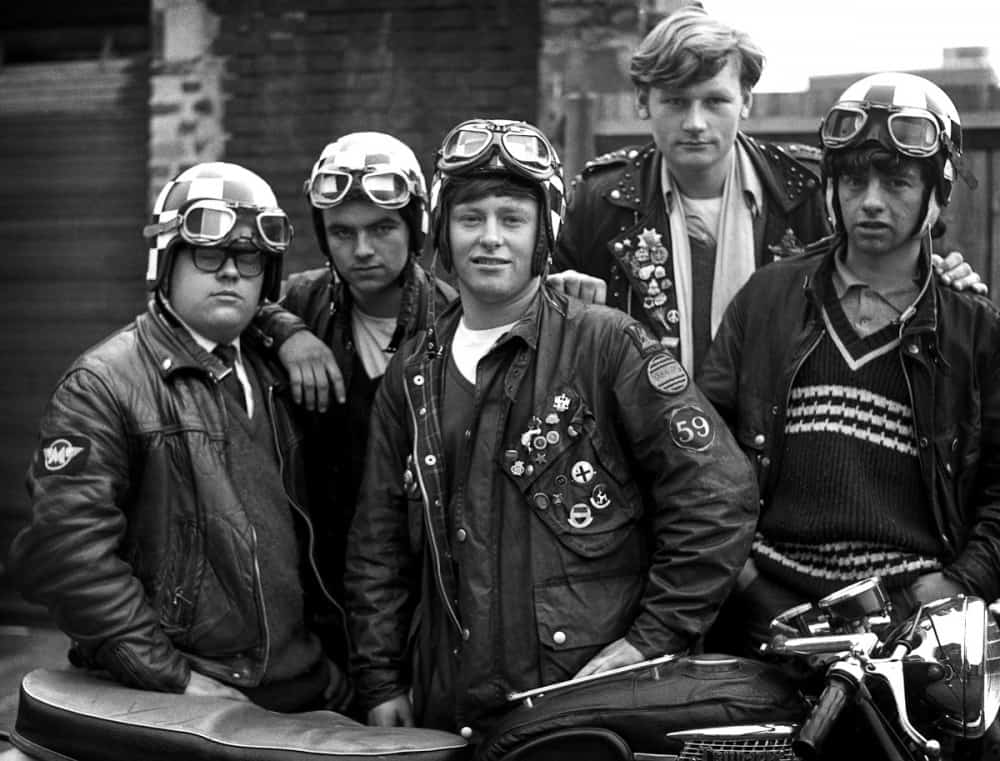 British biker subculture originates in the 1950s and is influenced by American pop culture and the rock and roll music of Gene Vincent, Eddie Cochran and Chuck Berry. 1960s rockers portray a rebellious image emulating the cool moody actor James Dean with white t-shirt and socks, jeans and Black Boots with Fisherman socks, and of course , leather jacket, quiff and motorbike.

The ton-up boys create a lifestyle out of motorbike racing. The aim is to reach the speed of one hundred miles an hour in other words do the ton. The transport café is the starting and finishing post for races and games such as buzzing or chicken are played.

Chicken is putting a record on the jukebox and running to your bike and doing the ton and returning before the song finishes. Chicken is also doing a u-turn lean where the outer edges of the tyre touches the road used to measure a rider’s skill.